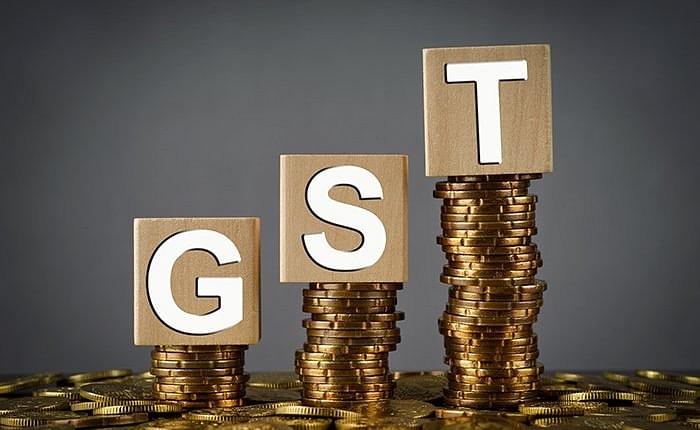 Green light for setting up of a National Anti-Profiteering Authority under goods and services tax.

Go-Ahead For GST Anti-Profiteering Authority: The government on Thursday approved setting up of a National Anti-Profiteering Authority (NAA) under goods and services tax (GST) to ensure the benefit of the tax reaches consumers. The move comes days after the GST brackets were changed for at least 178 items. “The National Anti-Profiteering Authority is an assurance to consumers of India. If any consumer feels that the benefit of tax rate cut is not being passed on, he can complain to the authority,” Union Law Minister Ravi Shankar Prasad said after a Cabinet meeting. He said currently there are only 50 items which attract the highest tax of 28 per cent under the GST regime and rates on many items have been cut to 5 per cent as well. The approval by the Cabinet paves the way for immediate establishment of the apex body, which is mandated to ensure that the benefits of GST rate reduction is passed on to consumers.

Carpet Area Of Houses Under PM Awas Yojana Increased: The Union cabinet on Thursday cleared a proposal to increase the carpet area of houses eligible for interest subsidy under the credit-linked subsidy scheme for the Middle Income Group (MIG) part of the Pradhan Mantri Awas Yojana (Urban). Now, the carpet area of an MIG-I will be increased from 90 square metres to up to 120 square metres and in MIG-II category it will be increased from 110 square metre to up to 150 square metres, Law and Justice Minister Ravi Shankar Prasad said after the cabinet meeting. “The change will be effective from 1 January 2018,” he added. The increase would give buyers in MIG category a wider choice in developers’ projects and boost the sale of ready flats in the affordable housing segment, Prasad added.

Bangladesh Poses Security Threat: Hansraj Ahir: Union Minister Hansraj Ahir said on Thursday that Bangladesh, the “so-called friend” of India, also poses a security threat to the country besides China and Pakistan. Addressing a conference on homeland security, organised by Associated Chambers of Commerce and Industry of India, he said, “It is not only China or Pakistan but Bangladesh also poses an equally bigger challenge to our national security, I know it because I get to see that closely. It had caused India the most harm through illegal intrusion,” Ahir said. Referring to the recent incursion bids made by China, he said, “China today is not a very close friend of ours, it has always raised problems for the country. And be it China, Myanmar, Bangladesh or terrorists coming into India through Pakistan, we... will promote the usage of various modern technologies to curb intrusion.”

Grand Temple Only Solution, Says Sri Sri Ravi Shankar: The only solution to the Babri dispute is to build a grand temple with the cooperation of both Hindus and Muslims, Art of Living founder Sri Sri Ravi Shankar said on Thursday after meeting Ram Janmabhoomi Nyas head Mahant Nritya Gopal Das, land dispute case plaintiff Iqbal Ansari, sants of Nirmohi Akhara and Haji Mehboob, litigant in the demolition case. After meeting all stakeholders Shankar said, “after 100 years, one particular community could think justice was not done… same issue could be raised again… If this issue has to be resolved forever, the only solution is that a grand temple is constructed with cooperation of both communities… There is generosity, love and bhaichara among people of communities and youths in the country.” Shankar has offered to explore ways for an out-of-court settlement between the parties locked in the dispute over the land on which Babri Masjid stood before its demolition in 1992.

Urdu Declared Telangana’s Second Official Language: The Telangana assembly on Thursday passed a bill making Urdu the second official language of the state. The Telangana Official Languages (Amendment) Bill, 2017 was passed with all parties supporting it. After bifurcation, Telangana was reorganised into 31 districts and there is substantial Urdu speaking population spread all over the 31 districts. The percentage of Urdu speaking population had risen to 12.69 per cent of the total state population. The government had therefore decided to amend the existing act paving way for declaration of Urdu as the second official language across the state, Roads and Buildings Minister Tummala Nageswara Rao said.

Internet Giants Join Fight Against Fake News: In the latest effort to combat online misinformation, Google, Facebook and other tech firms joined global news organisations on Thursday in an initiative aimed at identifying "trustworthy" news sources. Microsoft and Twitter also agreed to participate in the "Trust Project" with some 75 news organisations to tag news stories which meet standards for ethics and transparency. "In today's digitised and socially networked world, it's harder than ever to tell what's accurate reporting, advertising, or even misinformation," said Sally Lehrman of Santa Clara University's Markkula Center for Applied Ethics, the project leader. "An increasingly sceptical public wants to know the expertise, enterprise and ethics behind a news story." Each online platform will develop "trust indicators" to help readers "assess whether news comes from a credible source they can depend on," Lehrman added.

Aircel Becomes Second Major Telecom Firm To Default On Debt: Aircel has become the second notable telecom company to have defaulted on its debt repayment obligations after Reliance Communications. As a result, on Thursday, rating agency CARE downgraded the telecom firm to a default (D) grade for delays in repayments. The loan account of the operator, majority owned by Malaysia’s Maxis, has been categorised ‘SMA1’ by State Bank of India and some of its other lenders for failing to service its loans on time. "The company has delayed in repayment of interest on its debt obligations on account of its weak liquidity position as a result of its continuing weak operational performance in the hyper competitive telecom sector," said the agency. This underlines the precarious financial health of the smaller mobile phones operators hit by brutal price competition and increasing risks for its lenders.

Narrow Banking Is An Idea Whose Time Has Come: The time has come to consider converting the worst performers among state-owned banks to narrow banks, which won’t lend at all. Narrow banks should be considered seriously as they will ring-fence a good part of India’s banking system from repeated failure that necessitate grand bailouts.

About Dignity: A sense of justice and fair play demands that unskilled workers are paid at least as much as their counterparts in the organised sector.

India’s Improved Ranking In The World Bank Report Reflects The Government’s Good Work: While sceptics may argue about the tangible benefits on the ground, what is important to note is the clear intent and capacity of the current administration to “reform, perform and transform” and we need to understand that most of these improvements in indicators are still works in progress.

Address Inventory Gaps To Make Indian Navy A Credible Maritime Force: The Indian Navy has great ambitions for the Indian Ocean region, but to become a credible naval presence in the maritime domain it needs sturdy sea legs – something which it lacks at the moment.

Whether It’s Congress’ Theatrics Or Strategy In Gujarat, BJP Will Leave Nothing To Chance: The seemingly aggressive Congress posture in Gujarat, has made the BJP sit up and take notice. The BJP knows the symbolic importance of winning Gujarat, and hence will throw the kitchen sink to win it, if needed.