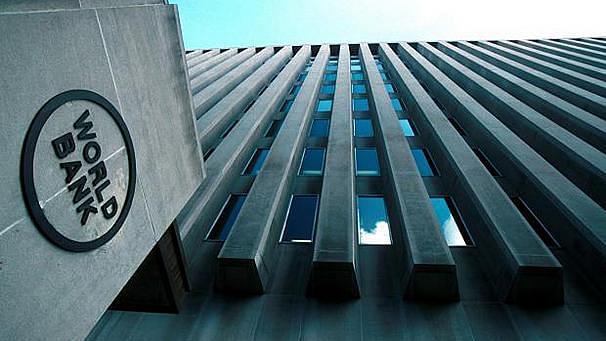 India Growth Slowdown Temporary And GST A Big Positive, Says World Bank: The World Bank has said that the recent slowdown in India's economic growth is an "aberration" mainly due to the temporary disruptions caused by the introduction of goods and services tax (GST) , pointing out that it will get corrected in the coming months. World Bank president Jim Yong Kim also said that the GST is going to have a hugely positive impact on the Indian economy. Responding to questions, the World Bank president insisted that this slowdown is temporary. "We think that the recent slowdown is an aberration which will correct in the coming months, and the GDP growth will stabilise during the year. We've been watching carefully, as Prime Minister (Narendra) Modi has really worked on improving the business environment, and so, we think all of those efforts will pay off as well," Kim said.

Key GST Council Meeting Today: Finance Minister Arun Jaitley will today chair a Goods and Services Tax Council (GST Council) meeting, which is likely to announce a special package for micro, small and medium enterprises that will, among other things, address the concerns of exporters, as policymakers explore ways to fix an unexpected slowdown in economic growth. The package will also ease the onerous tax compliance requirements faced by these entities, said a source. The package comes a day after Prime Minister Narendra Modi, while defending his government’s track record in managing the economy, said both demonetisation and the implementation of GST were structural reforms but that if “any sector needs temporary assistance” on account of these, “the government would” provide it.

NITI Aayog Told To Draw Up Economic Recovery Blueprint: The government’s premier think tank NITI Aayog has been asked by the Centre to draw up a roadmap to boost the economy and create jobs, Aayog officials said on Thursday, amid growing concerns over the country’s financial health. They said the think tank has also begun working on drawing up sector-wise “actionable plans” for 2022 under a new initiative focusing on India in its 75 years after Independence. Fixing agriculture, revenue generation and increasing the number of jobs are the key focus areas for the think tank, apart from improving social sector indices. “We have been asked to come up with actionable targets for 2022. The exercise will also define the roadmap for setting and achieving goals in the short term,” said a senior officer involved with the exercise.

Major Railways Modernisation Push: Union Minister Piyush Goyal has said that the government will "very soon" float a global tender to procure tracks for modernising the railways, which can create a million jobs within a year through various areas across its ecosystem. “We are looking to go in for global procurement of rail tracks... this will help fast track the doubling of lines and new projects," he said at the India Economic Summit of the World Economic Forum. Asked by when the global tender for tracks modernisation would be floated, Goyal said "very soon, it's under process". "There is no limit to safety expenditure. Safety will be the priority of Indian railways. I have also categorised pedestrian foot-over bridges, platforms, entry and exit points as safety items". He further said that monetising the real estate assets as well as fast-tracking some of the existing investment plans would generate a lot of employment opportunities in the railways and the ecosystem around it.

Gujarat Vows To Cut VAT On Fuel Prices: Bharatiya Janata Party (BJP)-ruled Gujarat declared on Thursday that it would cut value added tax (VAT) on petrol and diesel after the Union government urged states to cut their levies on fuels by 5 per cent. "Apart from the central taxes that have been reduced, the Gujarat government will cut down on state-related taxes on petrol and diesel," Chief Minister Vijay Rupani said. Similarly, Madhya Pradesh was likely to announce a Diwali gift for consumers by slashing petrol and diesel prices this week. "We are seriously considering reducing VAT," Chief Minister Shivraj Singh Chouhan said on Thursday. Other BJP-ruled states, such Chhattisgarh, Uttarakhand and Jharkhand, and states where it shares power, like Bihar, seemed likely to follow suit with cuts or seriously consider the option of doing so.

Kulbhushan Jadhav’s Mercy Petition Ruling Soon: The mercy petition of Indian national Kulbhushan Jadhav, a retired Indian Navy officer sentenced to death by a Pakistan military court allegedly for espionage and subversive activities, is in its "final stages" and a decision is likely to come very soon. "Kulbhushan Jadhav's mercy petition has come to the army chief. There is a process, everything goes through a process but I can assure that it is near finalisation and we will give you news about this very soon," Major General Asif Ghafoor, the Army spokesman, said. Jadhav in June had sought clemency from the Pakistan Army chief over the death sentence after his plea to an appellate court was rejected. Pakistan claims its security forces arrested Jadhav from its restive Balochistan province on 3 March last year after he reportedly entered from Iran. However, India maintains that he was kidnapped from Iran where he had business interests after retiring from the Indian Navy.

China Begins Expanding Road Near Doklam: Almost a month after India and China said to have turned down the aggressive standoff at the Sikkim border, the Chinese troops are reportedly back with the road construction plans. According to reports with more than 500 soldiers on guard, China is expanding a road on the Doklam Plateau barely 10 kilometres away from the location where the last conflict had occurred. The Indian Air Force Chief Air Chief Marshal B S Dhanoa on Thursday confirmed the presence of Chinese troops in the area. "They are still stationed in the Chumbi valley in Doklam area and that India is still hoping for them to go back," he said. When asked about the situation at Doklam, the Air Force Chief said there was no standoff, but Chinese troops continued to be in the Chumbi valley, in the southern reaches of Tibet along the Line of Actual Control.

Kazuo Ishiguro Wins Literature Nobel: The Nobel literature prize for 2017 has been awarded to British writer Kazuo Ishiguro. The Swedish Academy, while making the announcement, said Ishiguro has written “novels of great emotional force” and “uncovered the abyss beneath our illusory sense of connection with the world”. With eight books and several screen plays and short stories to his credit, Ishiguro is among the most celebrated contemporary writers. He won the Man Booker Prize in 1989 for his novel The Remains of the Day, which was also adapted for the big screen. Ishiguro said winning the 2017 Nobel Prize for Literature was a “magnificent honour” and “flabbergastingly flattering”. Ishiguro is the first Briton to win the world's most prestigious literary award in a decade, since Doris Lessing's recognition in 2007.

GST: How Tax Professionals Can Tap The Digital Goldmine: Automation of governance and compliance-tracking can easily be achieved through off-the-shelf workflow and compliance management solutions – which would reduce the risk of missing compliances and create better awareness/accountability in the organisation.

The Instrumental Harms Of Inequality: Because the poor spend the bulk of their income on necessities, the marginal propensity to consume out of income is higher for the poor than it is for the rich. From monopolistic market structures to poor public health outcomes, inequality can cause harm in a number of domains of everyday living.

Why Retailers Must Be Omnipresent, All Knowing And All Wise: Brick and mortar still constitutes over 90 per cent of overall retail in India. For e-tailers, it is too big an opportunity to miss. The future of retail may no longer be about retail. It could be about being omniscient, omnipresent and always wise.

GST Features Contributing To GDP Growth Slowdown: The GST hasn’t resulted in a temporary supply shock, but has made an enduring alteration to the business model of small and medium retailers. The formal voucher-based monthly reporting has dealt a death blow to the risk-sharing mechanism, underpinning the efficiency of the Indian retail supply chain as we know it.

Why Finance Ministry Deserves Credit Despite The Economic Slowdown: The Finance Ministry has been drawing flak for the subdued economic growth numbers. In reality, the ministry has done an outstanding job of managing growth, including prudently and counter-cyclically stimulating the economy. However, the road ahead is difficult and requires a hard grind.