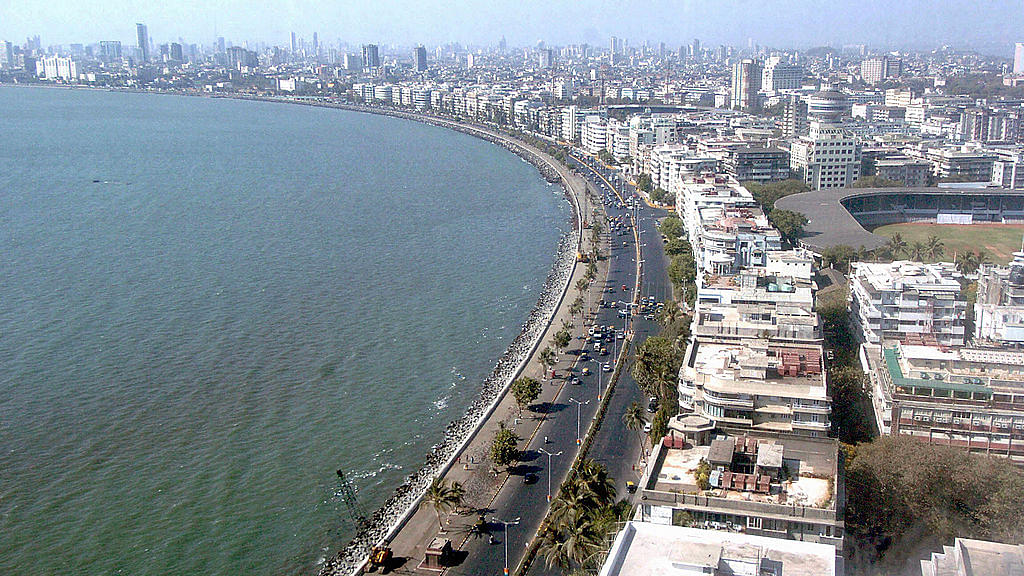 India Can Become Third Largest Economy In 10 Years, Says HSBC Report: With consistent focus on reforms and the social sector, India can overtake Japan and Germany to become the third largest economy in the next 10 years, British brokerage HSBC has said. “In over the next 10 years, India will likely surpass Germany and Japan to become the world’s third largest economy in nominal US dollar the transition will happen even more quickly on a PPP (purchasing power parity) basis,” its economists said. Demographics and macro stability were pointed out as key strengths for the country by the brokerage. Its estimates show India will be a $7 trillion economy in 2028, as compared to less than $6 trillion and $5 trillion for Germany and Japan, respectively. Presently, India’s gross domestic product is around $2.3 trillion (fiscal 2016-17). It stands at the fifth spot in global rankings.

New Electronics Manufacturing Policy On Cards: The Union government is looking at drawing up a new electronics manufacturing policy and as a first step, a consultation with the industry and other stakeholders is slotted for the last week of September. Work has already started on the new draft, said a senior official at Ministry of Electronics and Information Technology. “The idea is that we have reached a certain level of momentum, now how do we take off from there,” additional secretary Ajay Kumar said. One of the big focus areas of the current government has been to develop India not only as a domestic manufacturing hub but also as a large-scale export destination. The new policy will also relook at the incentives which are offered by the government under the existing policy which expires next year.

CISF Proposes To Do Away With Boarding Pass: India’s aviation security agencies are planning to stop the boarding pass collection system and begin a regime of ‘express check-in’ aided by biometrics for smooth air travel. Central Industrial Security Force (CISF) Director General O P Singh said that the agencies have begun “exploring” the technology that is required to usher in the boarding card-less system of air travel at the 59 airports that it guards at present and at the rest of such civil facilities that are going to come under its umbrella as part of a “unified command” in the future. He said doing away with the boarding card system is part of this process and project and a recent initiative launched at the Hyderabad airport for ‘express check-in’ of passengers is an example in that direction. “The Hyderabad airport is the only airport in the country that is totally biometric. We are trying to explore this system for all airports,” he said.

Goa To Ban Drinking Alcohol In Public Places, Says Parrikar: The Goa government has decided to ban consumption of liquor in public places and would issue a notification by next month, Chief Minister Manohar Parrikar said on Sunday. "If someone wants to drink (liquor), they should drink inside and not in public places. In the next 15 days, I will hold meetings with government officials to ban the consumption of liquor at public places," Parrikar said and added that the government will also impose fines or cancel licences of liquor shops that allow people to drink near the shops. Last year, the Goa government had amended the Excise Duty Act, 1964, to impose penalties on people drinking in select public places identified as 'no alcohol consumption zones' and on beaches.

Government Planning War On Cancer: The Union government is planning to set up 49 cancer prevention centres in the next three years. The Health Ministry has drawn up a detailed project plan, which will be reviewed by the Prime Minister's Office at a high-level meeting today (18 September). According to the proposal, the ministry has estimated a cost of around Rs 3,495 crore to implement the scheme over the next three years. The centres will be in addition to 31 already functioning and upgraded since 2014-15, when the government floated the scheme. These centres will be set up in a phased manner under the existing National Programme for Prevention and Control of Cancer, Diabetes, Cardiovascular Diseases and Stroke.

Rohingya Crisis: A Last Chance For Aung San Suu Kyi, Says UN: United Nations Secretary General Antonio Guterres has said that Myanmar's de facto leader Aung San Suu Kyi has "a last chance" to halt an army offensive that has forced thousands of the Rohingya Muslims to flee to Bangladesh. Guterres' warning comes after Bangladesh said it was limiting the movement of more than 400,000 Rohingya who have fled from Myanmar. "If she does not reverse the situation now, then I think the tragedy will be absolutely horrible, and unfortunately then I don't see how this can be reversed in the future." The secretary general reiterated that the Rohingya should be allowed to return home. He also said it was clear that Myanmar's military "still have the upper hand" in the country, putting pressure "to do what is being done on the ground" in Rakhine state where the crisis broke out on 25 August when Rohingya rebels attacked police checkposts and killed 12 security personnel.

MiG Eyes Deal To Supply Military Jets To Indian Navy: With an eye on a multi-billion dollar contract from the Indian Navy to supply fighter aircraft, Russian military aviation firm MiG said it was open to the transfer of technology and joint development of MiG-29 K jets with Indian companies. MiG chief executive Ilya Tarasenko said his company is considering various options for long-term and perspective cooperation, including those within the framework of the Make in India programme. He said the Russian firm would submit a detailed proposal to the Indian government shortly, detailing its readiness for the joint development of aircraft for the Navy to deepen its already close engagement with India. In a major step towards defence indigenisation, the Indian government had in May unveiled a "strategic partnership" model under which select private firms would be engaged along with foreign entities to build military platforms such as fighter jets, submarines and battle tanks.

The Seven Sins Of Economists: The economics profession has faced a mounting tide of criticism in the wake of the global financial crisis. The public mistrust of economists springs from the sins of omission and commission that they have committed over the years.

The Spectre Of Current Account Deficits And Surpluses: India’s current account deficit widened to 2.4 per cent of GDP in the first quarter of the current financial year, but remains well below the 5 per cent mark reached in 2012, which had made India a ‘Fragile Five’ economy.

Rethinking Police Reform: There are a total of about 1.8 million police personnel employed by Indian state police organisations today – and there are also 300,000 vacancies. Codifying checks and balances in respective police Acts will bring assurance against illegal orders by the political establishment to the police.

Indian Society Needs To Introspect: Why are those of us who believe in raising our voices selective in our outrage? The collective agony over the Gauri Lankesh murder was transformed by our journalists, thinkers, writers and actors into a battle for ideological supremacy.

Whataboutery – From Ambedkar To Armageddon: Principles And Pitfalls: Hypocrisy and selectivity are as intrinsic a human nature as lying, and when political agenda enters the equation, the results are immediate.