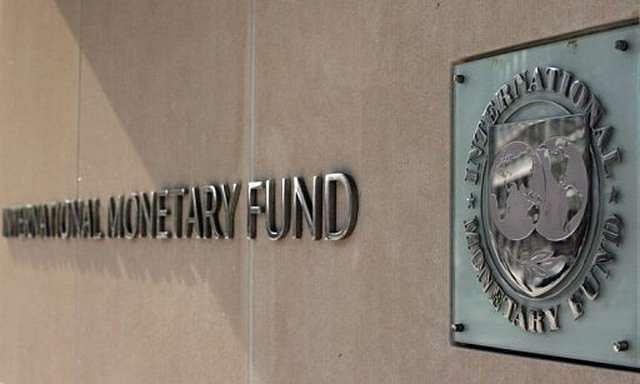 India Moves Up One Spot In GDP Per Capita Terms, Shows IMF Data: According to the latest World Economic Outlook data released by the International Monetary Fund (IMF) India has moved up one position to 126th in terms of gross domestic product (GDP) per capita of countries. The data ranks over 200 countries in terms of per capita GDP based on purchasing power parity (PPP). India has seen its per capita GDP rise to $7,170 in 2017, from $6,690 last year, helping improve its rank by a position to 126th. PPP between two countries is the rate at which the currency of one country needs to be converted into that of a second country to ensure that a given amount of the first country’s currency will purchase the same volume of goods and services in the second country as it does in the first. Qatar remains top-ranked with per capita GDP followed by Macao at the second position and Luxembourg third. The US has failed to make it to the top 10 and is ranked 13th while the UK is ranked even lower.

New Deal Paves Way For Instant Black Money Information From Swiss Banks: A key Swiss parliamentary panel has approved an automatic information exchange pact between India and Switzerland, paving the way for New Delhi to get instant access to details on Indians with Swiss accounts. The Commission for Economic Affairs and Taxes of the Council of States approved the proposed pact with India as also with 40 other countries, but suggested strengthening the provisions for individual legal claims. The pact will help provide a continuous access to details about alleged black money hoarders in once-all-secret Swiss banks. The information that could be exchanged under this framework would include account number, name, address, date of birth, tax identification number, interest, dividend, receipts from insurance policies, credit balance in accounts and proceeds from sale of financial assets.

Modi To Inaugurate Hyderabad Metro On 28 November: Hyderabad is set to become the latest Indian city to have a metro railway system with Prime Minister Narendra Modi scheduled to inaugurate the elevated Hyderabad metro rail project on 28 November. According to Hyderabad Metro Rail Limited sources Modi will unveil a pylon at Miyapur metro rail station, the first point on the Mumbai-Hyderabad national highway, to mark the inauguration of the first phase of the project covering a distance of 30 kilometres in two corridors. The entire metro rail project stretches for 72 km in three corridors. The project will be thrown open to the public two hours after the formal inauguration, sources said. One of the biggest metro rail projects in public-private participation mode, the 72-km long metro rail project commenced in April 2012 at an initial estimated cost of Rs 14,000 crore. As per the latest estimates, the cost has gone up to over Rs 18,500 crore. The project is being executed by Larsen and Toubro.

Five More States To Get Fertiliser Through Direct Benefit Transfer From Next Month: The Union government will launch direct benefit transfer (DBT) of fertiliser subsidies in five more states. Last month, the DBT facility for fertiliser subsidies was rolled out in 14 states and union territories. “Fertiliser DBT is working smoothly in 14 states. We have shortlisted five big states – Punjab, Haryana, Chhatisgarh, Madya Pradesh and Andhra Pradesh – that will go live in December,” Fertiliser Joint Secretary Dharam Pal said. The government bears about Rs 70,000 crore annually as fertiliser subsidy to provide cheaper farm nutrient to farmers. The states and UTs where the DBT facility has been rolled out are: Maharashtra, Rajasthan, Uttarakhand, Goa, Nagaland, Manipur, Tripura, Assam, Mizoram, Daman and Diu, Dadra Nagar Haveli, Andamana and Nicobar, Delhi and Puducherry. For the remaining 12 states, the DBT scheme will be rolled out in January 2018.

Government’s New Push For Electric Mobility: To help bring down alarming levels of pollution in big cities, the Union government is planning to set up a committee for an institutional framework on large-scale adoption of electric vehicles in India as a viable clean energy mode. Government think-tank NITI Aayog has sought comments from key ministries and is in the process of chalking out the nitty-gritty of the framework. The panel will be tasked with issues related to electric mobility. The Centre has recently invited proposals from cities with population of above 10 lakh for extending grants under the FAME India (Faster Adoption and Manufacturing of Electric and Hybrid Vehicles in India) scheme to promote large-scale adoption of EVs (electric vehicles) in multi-modal public transport. Earlier, Railways Minister Piyush Goyal said the government is working on a road map to ensure all-electric car fleet in the country by 2030.

Producers Postpone Release Of Padmavati: Following a wave of protests from multiple Rajput groups and dire threats to lead actors Deepika Padukone, Ranveer Singh and director Sanjay Leela Bhansali, the makers of Padmavati have put off the release of the film. Viacom18 Motion Pictures, the studio behind the period drama, said, “We will announce the revised release date of the film in due course.” The film has been mired in controversy over conjectures that it “distorts history” regarding Rajput queen Padmini, a charge that Bhansali has denied. Meanwhile, more fringe outfits have jumped into the fray to issue threats and announce rewards on the heads of the lead actors and director of Padmavati. A Meerut youth has announced Rs 5 crore bounty for beheading Padukone and Bhansali.

Chhillar Tweet: NCW Summons Tharoor: The National Commission for Women (NCW) on Sunday said it would summon Shashi Tharoor for his “derogatory and degrading tweet”, made by the Thiruvananthapuram MP after Manushi Chhillar was crowned Miss World. Hours after she was declared the winner of the Miss World contest on Saturday night, Tharoor had punned between Chhillar and chillar, which means small change. He had tweeted “What a mistake to demonetise our currency! BJP should have realised that Indian cash dominates the globe: look, even our Chhillar has become Miss World!” On Sunday, the NCW took to Twitter to issue a statement. “He degraded the achievement of daughter of #haryana and #India who got glory to the country. Will he call his own daughter chillar? He must apologize immediately.” In another tweet, the commission said it will summon Tharoor for “his derogatory and degrading tweet on our pride @ManushiChhillar She got fame and name to country by winning #MissWorld crown.”

Robert Mugabe Defiant: President Robert Mugabe of Zimbabwe has resisted mounting pressure to step down, telling the nation that he will preside over a ruling party congress next month. The 93-year-old leader had been widely expected to announce his resignation as Zimbabwe's head of state and government on Sunday, five days after a surprise military takeover in which he was placed under house arrest. Earlier on Sunday, there were jubilant scenes at the ZANU-PF headquarters in Harare as the ruling party announced the expulsion of Mugabe as its leader and gave him a Monday noon ultimatum to step down as president, or face impeachment. Party members also expelled his wife, Grace, from its ranks and voted to name the sacked Vice-President Emmerson Mnangagwa, whom Mugabe fired on 6 November, as new party leader.

From Plate To Plough: Onion Tears And How To Wipe Them: One of the prime reasons behind high volatility in onion prices stems from a lack of storage facilities that have not kept pace with rising production. Onion farmers have suffered even in a bumper crop year. Scientific storage facilities and a judicious trade policy are needed.

Bet On Private Investment To Revive Growth In The Economy: In several sectors such as telecom, pharma, power and automotive, there have been far-reaching regulatory changes that have impacted or could impact the performance of these sectors. The skewed balance towards imports needs to be corrected to encourage fresh investments by domestic companies.

Catalonia’s lessons for India: A growing dissatisfaction with fiscal transfers within the kingdom of Spain was, and remains, an important driver of the Catalonians’ desire for independence. The ongoing crisis in Catalonia region is a salutary reminder to India of what can go wrong when regional grievances are allowed to fester.

Kalaiyarkovil Was The Epicentre Of A Great Anti-British Struggle But We’ve All Forgotten About It: Kalaiyarkovil, built and protected by the valiant Marudu brothers, has been now taken over by caste groups and political parties who have hoisted their flags on the temple gopurams and are driving their own divisive agenda. It is a tragedy that is compounded by the inaction of our own cultural and spiritual institutions.