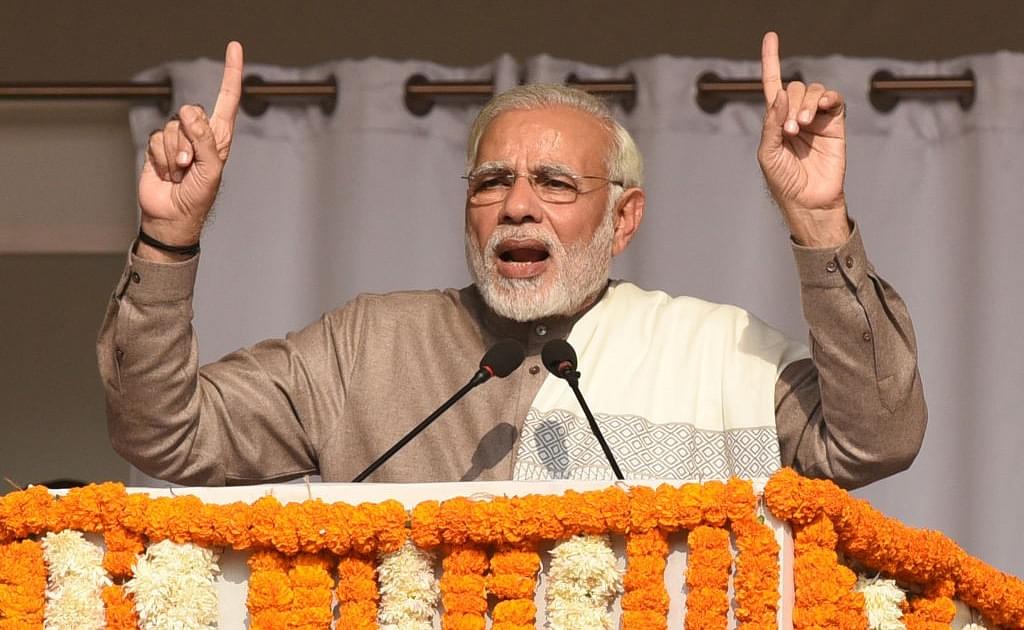 Modi Announces World’s Largest Cleanliness Survey: The Union government has decided to conduct a two-month nationwide survey from 4 January to assess the status of cleanliness in 4,000 cities across the country. Announcing the launch of 'Cleanliness Survey 2018' during his monthly Man Ki Baat radio talk, Prime Minister Narendra Modi said the nationwide exercise to be undertaken in the New Year would be "the largest in the world". "The Cleanliness Survey 2018 will be conducted from 4 January to 10 March 2018, to evaluate achievements in cleanliness in our urban areas. This survey will cover a population of more than 40 crore in more than 4,000 cities," he said. The survey will take stock of the status of the practice of open defecation in cities, system for garbage collection, transport facilities to lift garbage, processing of garbage using scientific methods, efforts taken to usher in behavioural changes with regard to cleanliness, innovative steps taken for capacity building to maintain cleanliness and public participation in the Clean India campaign, the Prime Minister said.

Muslim Women Can Travel For Haj Without Male Guardian: Modi: Calling the policy allowing Muslim women to perform Haj only in the company of a male guardian as an “injustice”, Prime Minister Narendra Modi said on Sunday that his government has removed the restriction following which hundreds of women have applied to travel alone for the pilgrimage. In his monthly radio address of Mann Ki Baat, the Prime Minister said removal of the restriction of having a male guardian or mahram may appear as a “small thing”, but such issues “have a far reaching impact on our image as a society”. “For decades, injustice was being rendered to Muslim women but there was no discussion on it,” he said pointing out that such a restriction is not prevalent in many Islamic countries. “I am happy to note that this time about 1,300 Muslim women have applied to perform Haj without mahram and women from different parts of the country from Kerala to north India, have expressed their wish to go for the pilgrimage,” he said.

Adityanath To Promote UP As Investment Destination In US: Yogi Adityanath is set for his first United States trip as Uttar Pradesh Chief Minister where he is expected to engage with heads of leading companies and promote the state as an investment destination. UP Health Minister Siddharth Nath Singh said that he would be leading a team to the US in March to prepare the ground for Yogi’s visit in May. The Chief Minister could visit Silicon Valley along with half a dozen American cities, hold roadshows and meet non-resident Indians from Uttar Pradesh and Bihar during the trip, which includes neighbouring Canada. "UP will be holding a Global Investors Summit in Lucknow in October. Ahead of that, the CM in May could visit six-seven US cities like New York, Washington, San Francisco, Seattle, Boston and Chicago to meet business heads and encourage them to invest in UP," Singh said. Adityanath, who has been to the US earlier as an MP, is expected to meet the heads of Boeing, Facebook, Adobe, Medtronic, Pratt & Whitney and Cargill during the trip.

Muslim Bodies To Move SC If Rajya Sabha Passes Triple Talaq Bill: IMUL: An Indian Union Muslim League (IUML) leader on Sunday said Muslim bodies would challenge the alleged “illegality” in provisions of the bill that criminalises instant triple talaq in the Supreme Court if the Rajya Sabha also passes it. The Lok Sabha had last week passed the bill that makes triple talaq punishable by up to three years imprisonment for the husband. The IUML leader in the Lok Sabha P K Kunjalikutty alleged there were many “lacunae” and “contradictions” in the bill passed by the Lower House last week. Alleging there were lacunae in the bill, he said it does not answer many fundamental questions, including protection of the wife and children if the husband goes to jail for uttering talaq three times. Given the Congress’s stated support, the bill is likely to be passed by the Rajya Sabha, where the government lacks a majority. The Supreme Court had outlawed instant triple talaq in August and asked the government to frame a law within six months.

Perform Or Perish, Air India Chief Tells Employees: We have to perform if we do not want to perish. That was the message sent out by Air India chief to the airline’s staff. Pradeep Singh Kharola also said the onus to steer the company out of turbulence lies on everyone. "We have to adopt a professional and productive work culture which will hold the key for our turnaround... your hard work has helped Air India to improve in some of the key operational parameters in recent times, but still, we have miles to go," he said in his New Year message. The government is currently working on modalities for strategic disinvestment of the loss-making national carrier. Kharola also urged employees to pull out all stops and "cast aside the deterrents that have been holding the flag carrier back from tapping the immense potential". "The onus is on us to steer our company out of turbulence into clear skies again with single-minded determination and grit. We must ... aim to improve our performance in every sphere to match up to industry benchmarks," he said.

GST E-Way Bill To Be Implemented On 1 February: To check rampant tax evasion and boost revenues by up to 20 per cent, the goods and services tax (GST) provision requiring transporters to carry an electronic waybill or e-way bill when moving goods between states will be implemented from 1 February. The GST Council had on December 16 decided to implement the e-way bill mechanism throughout the country by 1 June. The official said e-way bill for inter-state movements will be implemented from 1 February and for intra-state movement from 1 June. The official said states have been given the option of choosing when they want to implement the intra-state e-way bill between 1 February and 1 June. Earlier, tax evasion was rampant as some preferred not to pay tax by resorting to cash dealing. Once the e-way bill system is implemented, tax avoidance will become extremely difficult as the government will have details of all goods above the value of Rs 50,000 moved and can spot the mismatch if either the supplier or the purchaser does not file tax returns, a top government official said.

North East To Get Mobile Air Dispensaries For Emergencies Soon: The Union government has agreed to allocate Rs 80-Rs 100 crore to launch mobile air dispensary services – helicopters with equipment and doctors – for medical emergencies in remote and hilly areas of the Northeast region. According to sources, the two air dispensaries, to be launched soon, will operate from Shillong and Imphal for six states. The services will cater to six northeastern states, barring Assam. According to official documents, three central ministries have decided to rope in national helicopter carrier Pawan Hans for the services. “During the first meeting on the proposed scheme Pawan Hans was also present which appreciated the idea and were told to cater their services for the Mobile Air Ambulance Services,” reads an official note on the project. The project report prepared by Pawan Hans estimates that Rs 1.87 crore cost per month will be incurred for the operation of two helicopters in the six states.

Xi Jinping Vows To Actively Push Belt and Road Initiative: China will actively push its Belt and Road Initiative (BRI) and have a "say" on all major international issues Chinese President Xi Jinping said. "As a responsible major country, China has something to say," Xi said in his first New Year address of his second-five year term, telecast live all over the country. The BRI through which China seeks to build its influence in the world through a host of road, rail and port connectivity projects also incorporates China Pakistan Economic Corridor (CPEC). Xi said China will resolutely uphold the authority and status of the United Nations, actively fulfill China's international obligations and duties. He also said that China will remain firmly committed to the pledges to tackle climate change, actively push for the BRI and always be a builder of world peace, contributor of global development and keeper of international order. India has objected to the CPEC as it traverses through Pakistan-occupied Kashmir.

A New Year Resolution For All Indians: On New Year’s day, most people resolve to give up bad habits. On this day, why can’t we make a common New Year resolution: Of not letting our country sink into a morass of rejection and negativity?

Central Banks’ Year Of Reckoning: With most major central banks apparently seeking to normalise monetary policy, we should ask why these extraordinary measures were used and whether they worked, says Raghuram Rajan.

World Economy: Looking Up: It is on course for high growth, low inflation, lower taxation, increased income support for the needy. And declining inequality.

Top Five Developments In Politics In 2017, And Five Predictions For 2018: We may see a settlement for the Ram Mandir issue in 2018, with a bhoomi poojan slated for Ram Navmi 2019, around April.