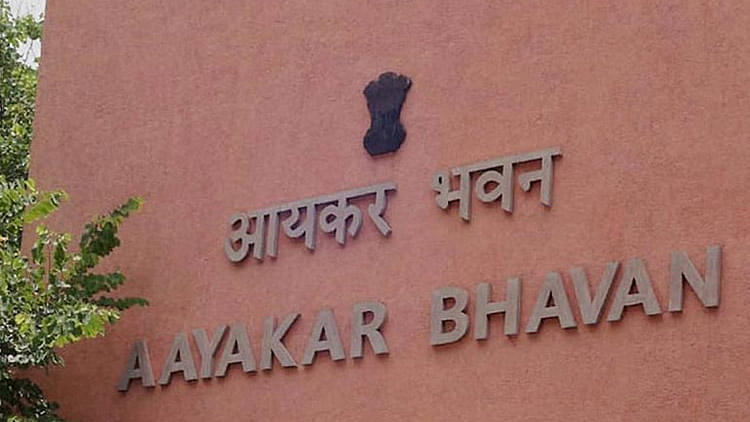 Note Ban: 20,572 Tax Returns Picked For Probe: More than 20,572 tax returns have been picked by the Income Tax Department for "detailed scrutiny", suspecting discrepancies in incomes before and after demonetisation, official sources said on Monday. They also said that the department has identified one lakh "high risk" cases of alleged tax evasion for detailed investigation. The I-T Department initiated the first phase of 'Operation Clean Money ' on 31 January this year to check black money and stash funds in the wake of the withdrawal of Rs 500 and Rs 1,000 notes, the two highest value banknotes of the time, from circulation on 8 November last year. According to official data, 17.73 lakh suspicious cases involving Rs 3.68 lakh crore were identified by the taxman in 23.22 lakh bank accounts post demonetisation. The I-T Department had conducted 900 searches between 9 November 2016 and March this year, leading to seizures of assets worth Rs 900 crore, including Rs 636 crore in cash. The searched led to the disclosure of Rs 7,961 crore undisclosed income, according to the official data.

ISRO Planning To Double Satellite Launch Frequency: The Indian Space Research Organisation (ISRO) is planning to double the launch frequency of satellites built by it by scaling up outsourcing to industry to meet growing demand. Mylswamy Annadurai, the director of ISRO Satellite Centre (ISAC), the prime agency for realising satellites for the Indian space programme, said ISRO now launches nine to 10 spacecraft built by it per year. “Requirements have gone up. We also have to fill up the backlog. We are targeting to double the launch frequency to 18 per year from 2018-19,” Annadurai said and added that ISRO’s experience with the industry has been reasonably good, and vendors are “very enthusiastic” in increasing their contribution in the space programme. “Wherever it’s possible to get the things done through the industry, we are doing and it will only increase in the coming days because we need to do more frequent activities,” ISRO chairman A S Kiran Kumar said.

Probing ‘Paradise Papers’: The Union government has launched a multi-agency probe into the "Paradise Papers". While government officers said the mere presence of an entity in the files did not point to any wrongdoing, the Central Board of Direct Taxes (CBDT) has asked investigators, drawn up from the tax department, Enforcement Directorate, Reserve Bank of India and Financial Intelligence Unit, to tally these details with respective I-T returns. "As soon as further information surfaces, swift action as per law will follow," CBDT said. In all, 714 Indian entities and individuals figure in the list. Indians who figure in Paradise Papers include Bollywood star Amitabh Bachchan, defaulter businessman Vijay Mallya, corporate lobbyist Niira Radia, film star Sanjay Dutt’s wife Dilnashin, now known as Manyata, Union Minister Jayant Sinha and Rajya Sabha member R K Sinha, a report in the Indian Express said.

Automobile Firms Told To Manufacture Electric Vehicles: Automobile companies have been asked by the government to start manufacturing electric vehicles in India. The government is also studying global markets to come up with a policy surrounding electric mobility and storage, senior officials said. "We want electric vehicle manufacturers and also the people in renewable storage to set up their facility in India. We have a huge, ambitious target, and storage is the future of it," a senior government official said. "We are working to make India a manufacturing hub, and we would work on a policy which should facilitate that. We have started discussions with various stakeholders and we will try to bring in the right kind of policies at the right point of time," the official said. The government has identified few key areas which will help push the e-mobility drive in India.

Panama Papers: I-T Department Detects Rs 792 Crore In Undisclosed Wealth: The Income Tax Department has detected undisclosed wealth of Rs 792 crore so far during investigations into the Panama Papers leak cases even as the probe is on in "full swing". "The Income Tax Department conducted enquiries in all 426 cases, inter alia, through making 395 references to 28 foreign jurisdictions. Based on analysis of the information obtained and investigation conducted, the outcome so far indicates 147 actionable cases and 279 non-actionable cases (non-residents/ or no irregularities)," the Central Board of Direct Taxes (CBDT) said. The department also conducted searches in 35 cases and surveys in 11, it said. The Panama Papers, the CBDT said, contained brief particulars of about 426 persons, prima facie, Indians or persons of Indian origin.

Kerala: Forced Conversion Of Girls Getting Serious, Says NCW: The National Commission for Women (NCW) has said the issue of alleged "forced conversion" of girls in Kerala is getting serious after meeting Hadiya, a 24-year-old woman whose marriage with a Muslim man is at the centre of a nationwide controversy. "Many types of lures, threats and blackmailing are taking place. This is not one small thing which we are reading in Delhi... But this is getting serious," NCW chief Rekha Sharma said after meeting Hadiya and some other girls, who were allegedly forced to convert. Sharma claimed that the girls had told her how they were "manipulated" and how "forced conversions" took place. She met Hadiya at her family home in Vaikom in Kottayam district, a week after the Supreme Court directed her father to produce her before it on 27 November. “She (Hadiya) is in good health and willing to go to court," Sharma said, adding that there were no security issues.

Rs 1,833 Crore Benami Assets Attached: Benami assets worth Rs 1,833 crore have been attached by the Income Tax Department so far as part of its “sustained action plan” against such properties. “I can assure you that this probe will not end. We are obtaining more data and information from all available avenues on such assets. More such instances and assets will be identified and strong legal action will be taken,” Central Board of Direct Taxes (CBDT) chairman Sushil Chandra said. Official data, updated until October, shows that assets worth Rs 1,833 crore have been attached by the I-T Department, for which it issued over 517 notices and made 541 attachments. The maximum of such cases, at 136, have been booked in the Ahmedabad region, followed by Bhopal (93), Karnataka and Goa (76), Chennai (72), Jaipur (62), Mumbai (61) and Delhi (55).

US Will Arm Japan To Knock Down North Korean Missiles, Says Trump: US President Donald Trump on Monday refused to rule out military action against North Korea and declared that his country "will not stand" for Pyongyang menacing America or its allies. In his first stop of an extended trip in Asia, Trump stood with Japanese Prime Minister Shinzo Abe at a news conference and suggested the US will arm Japan to knock down North Korean missiles, much as the US has done with allies in the Middle East like Saudi Arabia. Standing in an Asia capital in range of North Korea's missiles, Trump defended his fiery language, declaring Pyongyang "a threat to the civilised world”. "Some people say my rhetoric is very strong but look what has happened with very weak rhetoric in the last 25 years,'' said Trump. Abe agreed with Trump's assessment that "all options are on the table'' when dealing with Kim Jong Un and announced new sanctions against several dozen North Korea individuals.

Demonetisation Anniversary: Opportunity To Leverage Digital Commerce Beckons India: Digitisation of payments forms the building block towards creation of a formal and transparent economy, helping us in the fight against unaccounted wealth. One year after demonetisation, digital commerce is well and truly on its way to changing the way Indians pay and get paid in the future.

Ignorance And Apathy Behind The NPA Problem: Since 2011, it is estimated that close to Rs 4 trillion of shareholder value was eroded when the stock price of non-performing assets (NPAs) and stressed companies fell by 95 per cent to 99 per cent from their pre-default days. The board of directors remains answerable to the minority shareholders for non-disclosure of critical information.

Do Valuations Really Matter? Liquidity and leverage maintain the charade that these financial instruments are worth something. In the face of easy money, analyses based on fundamentals are of little value.

Making A Case For Microgrids: A 50kW solar microgrid can power 100 households and needs less than half-an-acre of land. Every trend concerning solar power points towards a future where every nook and corner of the nation will able to power itself.

The Great Hypocrisy Of “Secular” Indian State: It Controls Only Temples; We Must Take Them Back: One of the great ironies of Indian secularism is that vocally secular governments see no contradiction in managing Hindu temples, and only Hindu temples.