#Budget2018: Here’s What The Experts Have To Say About It 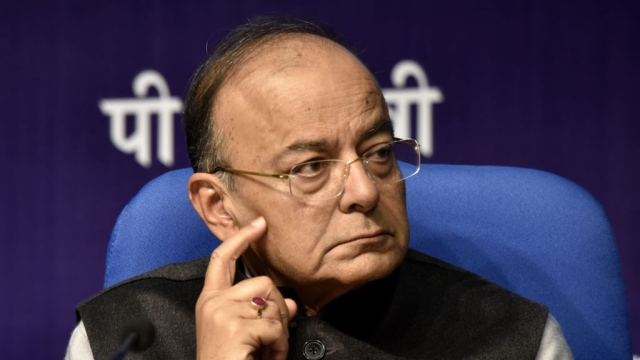 The Union Budget for the financial year 2018-19 was presented by Finance Minister Arun Jaitley in Parliament yesterday (1 February). The budget had little populism, but it was heavy on rural spending and infrastructure creation, with specific focus on improving health, education and social welfare indicators.

We invited Aashish Chandorkar, a well-known commentator and a regular contributor to Swarajya, to curate today's morning brief for you.

After the budget was presented, several eminent individuals assessed and reviewed it from various angles. This is a collection of these reviews:

R Jagannathan, editorial director, Swarajya, finds this budget a good way to address all key constituencies, without busting the bank.

Siddharth Singh, columnist for Open, finds this budget as the one targeting Bharat, with its stress on agriculture and rural investments.

Hindustan Times in its editorial calls the budget expansionist, but also the type of budget which India and the Bharatiya Janata Party (BJP) needed.

Bibek Debroy, Chairman of the Prime Minister’s Economic Advisory Council, writes in Hindustan Times stressing how the ease of doing business and ease of living have converged in this budget.

Rajeev Kumar of NITI Aayog speaks to Economic Times on how this budget takes the rural Indian problems head on and moves the needle substantially in chasing 8 per cent growth.

V Anantha Nageswaran, economist and columnist, writes on his blog on this budget being good on tax proposals, but finds the economy grappling with multiple headwinds.

Manish Sabharwal of TeamLease Services, writes in Mint, that this budget has a clear philosophy: India’s problem is not jobs, but formal jobs. And formal jobs need the productivity that comes with lower regulatory cholesterol, infrastructure, human capital and fiscal discipline.

Andy Mukherjee, columnist for Bloomberg, says the budget was please-none in a good way, but also founders on deficit of hope with no new or big ideas standing out in an election year.

Ira Dugal from BloombergQuint is not happy with the fiscal long rope government has granted itself, missing the deficit targets for this year and next.

Iain Marlow and Anirban Nag of Bloomberg believe that increased rural spending may be driven by electoral compulsions, but may lead Reserve Bank of India to increase the policy rates in the coming months.

Nandan Nilekani, chairman of Infosys, praises the budget in Hindustan Times for maintaining a sharp focus on education and proposing to invest in this key social space.

Raghuvir Srinivasan of The Hindu Business Line finds this budget very political and driven by the impending Lok Sabha elections.

T K Arun writes in the Economic Times, calling the budget as an exercise largely on track for elections, and with no destabilising components. He believes key actions like farm loan waivers can still happen outside the budget.

Raamdeo Agrwala of Motilal Oswal has an interesting take on why the market did not react adversely to both short-term and long-term capital gains taxes, now applying. Speaking to Economic Times, he believes that the oncoming earnings blast is much more powerful than the taxation headwind.

Pawan Goenka of Mahindra & Mahindra spoke to the Economic Times on how this budget can create greater rural demand and consumption opportunities.

T C A Srinivasa-Raghavan of the Business Standard is happy with the approach to raise revenues and increasing spending in small bits with targeted interventions.

Shyamal Majumdar of the Business Standard labels this budget an unabashed Bharat budget. He says that the Finance Minister has done a balanced job, but wonders where the money for increased expenditure will come from.

Gyan Varma and Anuja, political correspondents of Mint, believe that the enhanced rural focus in the budget is populist and politics driven.

Liz Mathew of the Indian Express believes that the budget took lessons from the Gujarat election results and refocuses the government as “rural-friendly”.

Finally, my own summary for OpIndia – I believe the budget dreamt big, but left too many things for later design and implementation. It also was not populist enough – there was no reason to antagonise the salaried class – the most loyal BJP voters, who have not got any direct benefits over the years, and had high expectations from this last budget of Modi’s first term.

We hope you enjoyed reading our budget-focused morning brief. Have a great day ahead!

SUBSCRIBE NOW: The January issue of our magazine is out. The cover story focuses on the strategy for 2018 that will confront Narendra Modi in April-May 2019, and at the same time focus on a strong economic and governance agenda in the final year of his tenure – Do The Right Things. For more insights and detailed analysis get a copy home and enjoy reading Swarajya in print. Subscribe here to start receiving your copies for just Rs 349.