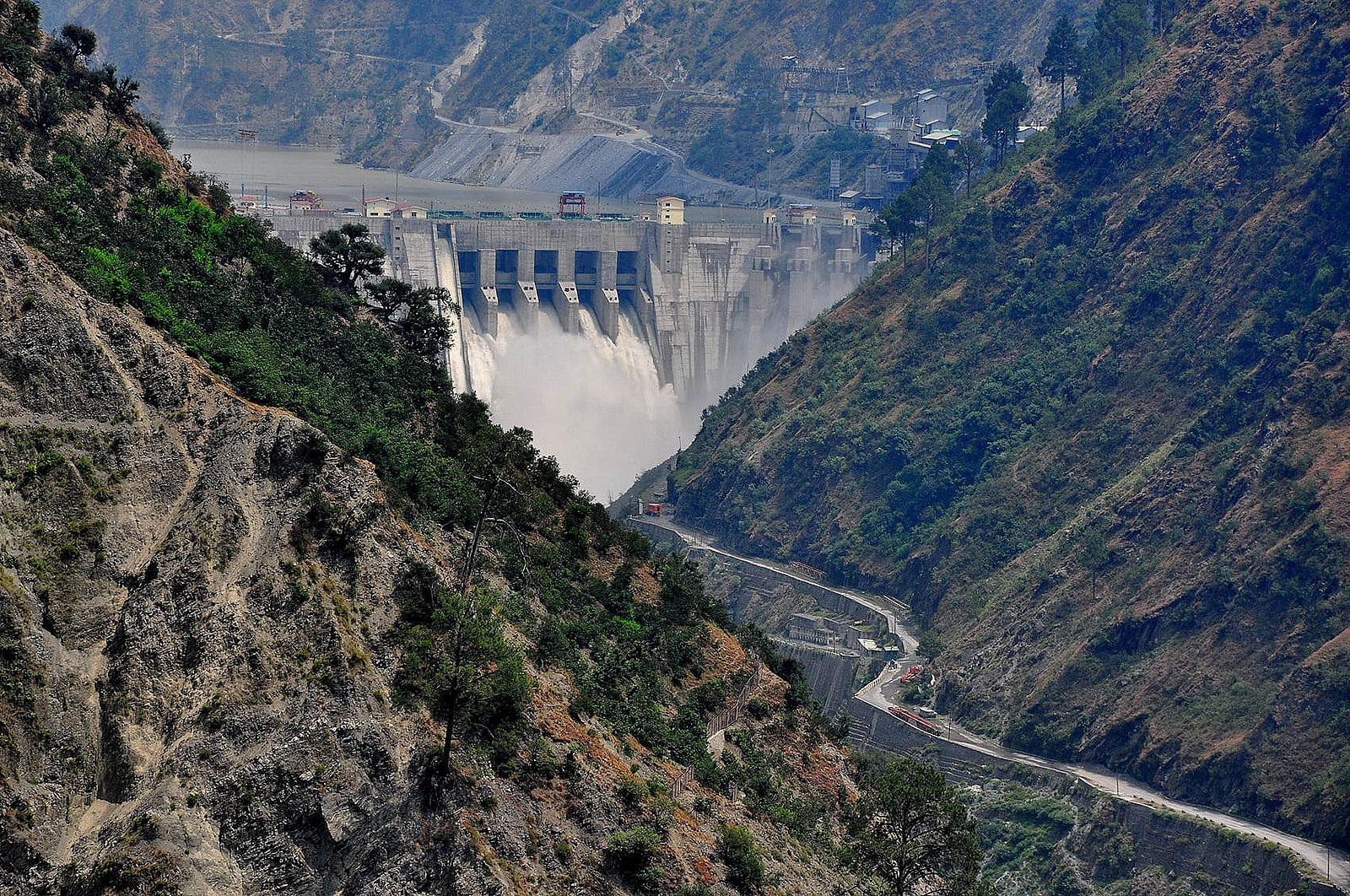 The World Bank has asked Pakistan to not take the dispute over Kishanganga dam with India to the International Court of Arbitration and instead accept New Delhi’s proposal of appointing a “neutral expert”. Pakistan has been opposing the dam, which was inaugurated by Prime Minister Narendra Modi last month, saying it violates the Indus Waters Treaty (IWT) and will affect the flow of river water to its territory. The Kishanganga dam project is the first run of the river scheme that involves the inter-basin transfer of water. According to the IWT, for which the World Bank acted as the mediator, India can use the water of the rivers allotted to Pakistan - the Indus, Jhelum, and Chenab - for certain ‘non-consumptive uses’. Pakistan moved the Court of Arbitration at The Hague in 2010, which stayed the project for three years. Much to Islamabad’s displeasure, the court ruled in India’s favour in 2013.

Taking cognisance of the chargesheet filed by the Delhi Police in the Sunanda Pushkar death case, a court in the national capital on Tuesday summoned Congress MP from Thiruvananthapuram Shashi Tharoor on 7 July saying it has found "sufficient ground" to proceed against him. The Delhi Police, in its 3,000-page chargesheet, has charged Tharoor with abetment to suicide. Public prosecutor Atul Srivastava had sought cognisance of the chargesheet filed under Section 306 (abetment of suicide) and 498A (cruelty) against Tharoor on the last date of hearing. According to PTI, prosecution sources said the chargesheet mentions that Pushkar was allegedly subjected to mental as well as physical cruelty. Reacting to the court order on Twitter, Tharoor said the charges are preposterous and baseless.

Rashtrapati Bhavan will give the annual ritual of iftar a miss for the first time in over a decade. Iftar party has been an annual feature at Rashtrapati Bhavan for several years, except when former President APJ Abdul Kalam discontinued it between 2002 and 2007. However, the ritual of hosting the iftar party was resumed when Pratibha Patil became president and her successor Pranab Mukherjee continued it. Confirming the development, press secretary to President Kovind, Ashok Malik, said that the “Rashtrapati Bhavan is the embodiment of a secular state. Matters of religion and governance have to be kept separate”. Under Kovind’s tenure, carol singing during Christmas also did not take place in Rashtrapati Bhavan.

The Supreme Court on Tuesday directed the Centre to allow reservation in promotions for SC/ST employees as per law until the issue is finally decided by its Constitution bench. At the same time, the apex court did not specify which law to follow. The Centre told the court that it was bound to promote its employees, and that such promotions had almost come to a standstill after various high court orders in this regard. In April, Union Minister Ram Vilas Paswan told the media that the government would move the apex court for the repeal of its directions which, he added, have put an end to reservation for these communities in promotion.

Columnist Shefali Vaidya has filed a defamation case against Congress-backed Gujarat MLA Jignesh Mevani after he tweeted a morphed picture showing Uttar Pradesh Chief Minister Yogi Adityanath, spiritual leader Sri Sri Ravi Shankar and Vaidya together along with a still from the Paresh Rawal starrer Hindi film ‘Oh My God!’ and drew a parallel between the two images. Mevani deleted the tweet hours later, hinting that he did not know the picture was photoshopped. "Seeing this (picture) I really want to say Oh My God! It has become too filmy. Did art predict real life? Like a film, these three are also big actors," he had said, allegedly calling those in the picture 'Dramebaaz'. According to reports, Vaidya has said that her photo was downloaded from her Facebook account and morphed along with the photos of Adityanath and Ravi Shankar.

A high-ranking leader of the ruling party of the Maldives was denied entry into India on Monday amid reports of Male trying to play hardball with New Delhi. The incident, which happened when the official was flying to Chennai via Colombo for a medical check-up, has been confirmed by the Maldivian ambassador to India. The official was asked to leave by the next available flight after he landed in Chennai. Serving as the head of the parliamentary group of the ruling Progressive Party of Maldives, the official is a close aide of Maldivian President Abdulla Yameen, who has driven his country closer to China and has ignored repeated warnings from India to respect its security and economic interests in the region. Yameen has jailed prominent political leaders, Chief justice of the country and dissenters on trumped-up charges.

Welcome To Nagpur: Even as the visit stokes outrage in some circles, no swayamsevak has expressed reservations about a Congress stalwart on an Rashtriya Swayamsevak Sangh platform.

The West Asia Stalemate: On the Iran nuclear deal, players lack the moves to deal with a vexed issue.

Why D N Jha’s Claim That Ancient Hindus Were Given To Violence Is Far From The Truth: Jha constructs a narrative by selective use of data that suits biased political notions, but which impedes the understanding of Indian culture an the historical processes that shape it.