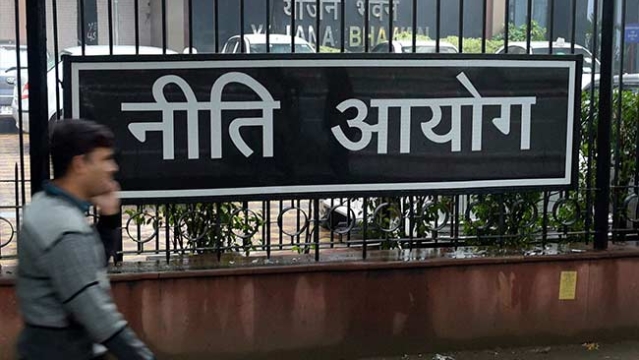 New Government Push To End LPG Subsidy By March: Oil Minister Dharmendra Pradhan has said that the government has ordered state-run oil companies to raise subsidised cooking gas (LPG) prices by Rs 4 per cylinder every month to eliminate all the subsidies by March next year. With oil prices expected to remain low, the higher quantum of monthly hike could wipe out the subsidy sooner if oil prices fall further. At present, the government gives a subsidy of a little above Rs 58 on a domestic subsidised LPG cylinder and around Rs 28 is borne by the oil marketing companies.

Snapping The $950 Million Flipkart Deal: Snapdeal, the third largest e-commerce company, on Monday formally called off its much discussed $950-million takeover (over Rs 6,000 crore) by Flipkart over issues on valuation and terms, and is looking at an altogether new business model for survival. “Snapdeal has been exploring strategic options over the past several months. The company has now decided to pursue an independent path and is terminating all strategic discussions as a result,” a company spokesperson said in a statement. “The company will now pursue Snapdeal 2.0, which is expected to help Snapdeal be financially self-sustainable,” the spokesperson said. The decision of the Gurugram-based Snapdeal came less than a week after its board accepted the bid.

Government May Scrap PDS System: Modi: After receiving encouraging results from Haryana and Puducherry, Prime Minister Narendra Modi on Monday said the government is likely to scrap public distribution scheme (PDS) system and transfer money directly to the accounts of poor beneficiaries. Modi said this during informal discussions with Bharatiya Janata Party members of Parliament from Delhi, Jammu and Kashmir, Haryana, Punjab, Uttarakhand, Himachal Pradesh and Chandigarh. He said that "poor are getting money directly into their accounts after Haryana and Puducherry closed their PDS systems. This model may be implemented in other states as well". Under the PDS, central public sector undertaking Food Corporation of India sells food grains, including wheat, rice and sugar, and kerosene through fair price shops in states and union territories.

Deadline Extended For Filing Income Tax Returns: The last day for filing income tax returns (ITRs) for the financial year 2016-17 has been extended until 5 August. The earlier deadline was 31 July. Finance Ministry officials explained that the e-filed returns will not be processed until taxpayers link their Aadhaar with PAN. And this linking can be done subsequent to the filing of ITRs any time before 31 August. The extension was due to glitches in the e-filing website. Sources say that due to the huge traffic on the last date of filing returns, the website had slowed making return filing difficult. The decision to extend the deadline was taken after a meeting between the revenue department and the direct tax board.

Rajya Sabha Passes Backward Classes Bill: Rajya Sabha has given the green signal to a bill that seeks to give constitutional status to the National Commission for Backward Classes on the lines of the SC and ST Commission. Before the bill was put to vote, Social Justice Minister Thawar Chand Gehlot said the BJP government has always been and will always be in favour of reservations for the deprived sections of society. He said four amendments are being made in the Constitution under this bill. The government has also assured that the new law will not encroach on the rights of the states or the federal structure. "No alteration will be made in the powers of the states or the federal structure," Gehlot said. He said Articles 15 and Article 16 have not been amended and powers of the states will in no way be changed.

Delhi Metro Set For Major Expansion: With its Phase 3 project nearing completion, the Delhi Metro is set for a major expansion. From October, Delhi Metro Rail Corporation (DMRC) will start commissioning in phases two of its upcoming corridors — Magenta Line (Janakpuri West-Botanical Garden) and Pink Line (Majlis Park-Shiv Vihar). By next March, not only will the network expand from 218 km to 348 km, the number of trains will also go up by 45 per cent, from 227 trains at present to 328. Both lines are expected to be completely operational by March 2018. DMRC currently runs 227 trains, including four, six and eight-coach rakes. With the completion of Phase 3, the number of trains will go up to 328. The number of coaches will also rise to 2,158 from 1,468.

Chinese Soldiers Transgress Again: Even as the tense troop stand-off in Doklam area near the Sikkim-Bhutan-Tibet tri-junction remains locked in a stalemate, Chinese soldiers have reported to have intruded across the Line of Actual Control into Indian territory in different sectors to lay claim to disputed areas. The latest intrusion was reported on 25 July when 10-15 soldiers from the People's Liberation Army "transgressed" almost 1 kilometre into a disputed pocket – a mutually agreed "demilitarised zone" – at Barahoti in the Chamoli district of Uttarakhand. Though they left around two hours later, sources said a similar incident took place in the same area on Sunday as well.

Break The Mould! How PM Can Push For Reforms By Shrinking Ministry: As he steps into the slog overs of his term, Mr Modi can go several steps further and deliver a telling blow to reforms by shrinking the size of his ministry and showing exactly the kind of minimum government he has in mind.

China’s Weaponisation Of Trade: China is turning into a trade tyrant that rides roughshod over international rules. China has encouraged and then exploited other countries’ economic reliance on it to compel their support for its foreign-policy objectives.

The Tyranny Of Energy Uncertainty: We must move towards a single, pan-India renewable energy market by resetting policy from encouraging investments in renewable energy to introducing the serious reforms necessary to sustain growth.

The Conundrums Of A Gig Economy: The practice of hiring freelancers or gig workers has been prevalent in the US and European countries for a while. Employing gig workers could be beneficial for businesses, but it would also erode the social welfare objectives of various labour laws.

Big Data Shows Big Promise In Medicine: Physicians aren’t likely to be replaced by algorithms, at least not right away, but their skill sets might have to change. In medicine, replacing intuition with machine intelligence might save patients from drug side effects or otherwise incurable cancers.

Looking Beyond Doklam And War: Why Our China Strategy Needs More Nuance: The real threat to China will come from jihadi Islam, of which Pakistan is a part, not India. The day China acknowledges this, our problems will come closer to a solution.