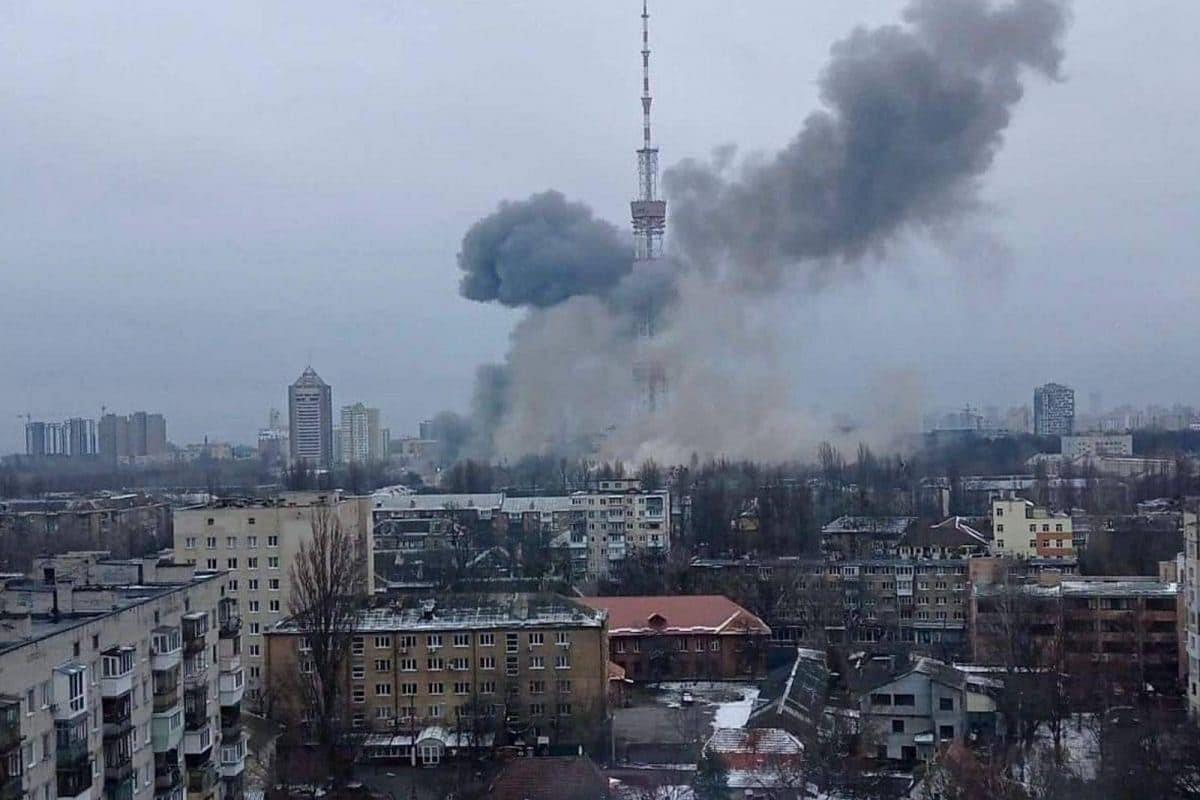 Around 700 Indian students are stranded in Sumy amid intense fighting between Russian and Ukrainian troops.

In a phone conversation that lasted for around 35 minutes, Prime Minister Modi thanked President Zelenskyy for the help extended by the government of Ukraine in evacuation of Indian nationals, official sources said.

'Prime Minister Modi sought continued support from the government of Ukraine in ongoing efforts for evacuation of Indian nationals from Sumy,' said a source about the talks.

An official statement said Modi expressed deep concern about the ongoing conflict and resultant humanitarian crisis and reiterated his call for immediate cessation of violence.

It said Modi noted that India has always stood for peaceful resolution of issues and direct dialogue between the two parties.

It was the second telephonic conversation between Modi and Zelenskyy after the conflict began in Ukraine.

'President Zelenskyy briefed the prime minister in detail about the conflict situation and the ongoing negotiations between Ukraine and Russia,' the statement said.

'The prime minister expressed deep concern about the ongoing conflict and resultant humanitarian crisis,' it said.

It further said Modi 'reiterated his call for immediate cessation of violence and noted that India has always stood for peaceful resolution of issues and direct dialogue between the two parties.'

According to the statement, the prime minister thanked Ukrainian authorities for their facilitation in evacuating more than 20,000 Indian citizens from Ukraine.

'He expressed deep concern for safety and security of Indian students still remaining in Ukraine and emphasised the need for their quick and safe evacuation,' it said.

The sources said the two leaders discussed the evolving situation in Ukraine.

They said Modi appreciated the continuing direct dialogue between Russia and Ukraine.