AgustaWestland Is Only Tip Of The Iceberg. Here’s A List Of Defence Scams That UPA Presided Over 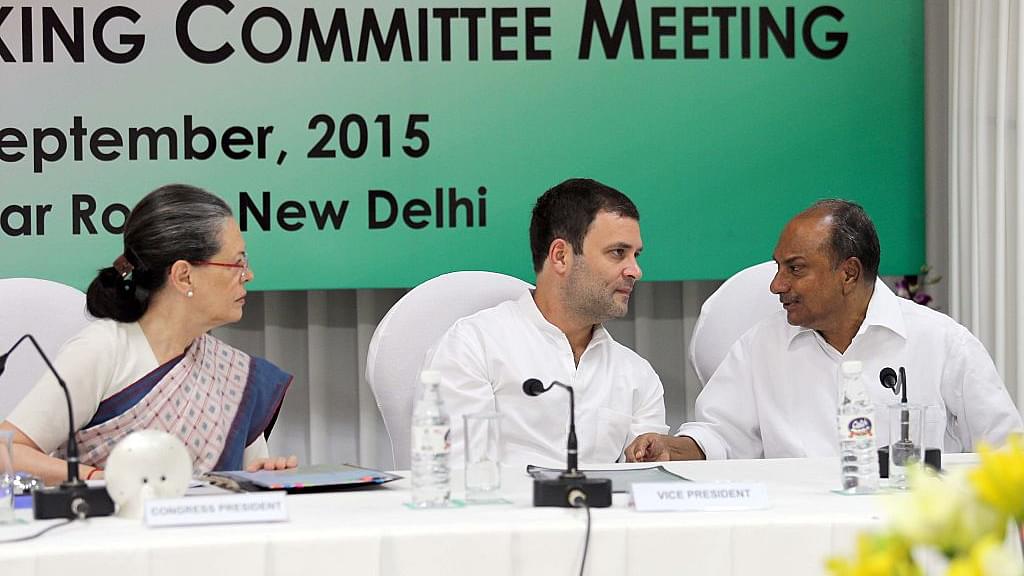 Under A K Antony’s seven-and-a-half-year tenure, the longest for an Indian defence minister, the Ministry of Defence (MoD) lurched from one crisis to another. While some of these crises were born out of his inefficient working and indecisiveness, others were outright scams that compromised the preparedness of the armed forces.

Here is a list of cases of corruption in defence deals that happened during Antony’s tenure in office:

A contract for the purchase of 12 AgustaWestland AW101 helicopters to carry the president, prime minister and other VVIPs was signed by the Congress-led United Progressive Alliance (UPA) government in February 2010.

Media reports about allegations of unethical dealings in the helicopter procurement appeared in February 2012. It was revealed that technical parameters were changed by the Defence Ministry in consultation with the Prime Minister’s Office to accommodate AgustaWestland’s bid because the manufacturer failed to meet the requirements set forth during the National Democratic Alliance (NDA) rule.

The deal was cancelled in January 2014. After nearly three years of investigations, CBI on Friday (9 December) arrested former  IAF chief S P Tyagi over charges that he took Rs 450 crore as bribe for changing the technical parameters to suit AgustaWestland.

The UPA government signed a Rs 10,000 crore deal in February 2009 for the purchase of medium-range surface-to-air missiles (MRASM) from the Israel Aerospace Industries. As a part of the deal, the government agreed to pay 6 per cent of the total contract amount, that amounts to Rs 600 crore, as “business charges.”

The cabinet committee on security (CCS), which cleared the deal had prime minister Manmohan Singh, external affairs minister Pranab Mukherjee, home minister P Chidambaram, defence minister AK Antony as members. Experts believe that the charges were either inflated or illegitimate. No investigation was ordered in this case and the deal went through.

The scam involved Sudipto Ghosh, who, during his tenure as Ordnance Factory Board (OFB) director-general from May 2007 to April 2009, allegedly fixed several defence deals in favour of foreign suppliers, especially Israel Military Industries (IMI) .

IMI was selected by the OFB for partnership in setting up a factory in Nalanda, Bihar for manufacturing a sub-system for the Indian Army’s 155mm Bofors howitzers in the project said to have been worth Rs 1,200 crore in 2009.

While Ghosh and his aides were arrested and companies blacklisted, no charges were levelled on the defence minister despite allegations. In any case, the involvement of senior defence establishment offices in high-profile scandals only points towards government’s inefficiency and/or complicity in crime.

The scam involves possible misappropriation of a sum of Rs 750 crores of government funds, perpetrated by the Bharat Earth Movers Limited (BEML) in collusion with the Ministry of Defence. According to the defence procurement guidelines, all purchases should be made from the original equipment manufacturer, but BEML purchased trucks from a middleman in London.

It was alleged that there was a conspiracy to continue the supply of trucks at (100-120 per cent) higher prices even though other options were available with state-run BEML.

In a report punished in 2012, Zee News stated that Defence Minister AK Antony knew about the Tatra trucks scam as early as 2009 but he chose not to act on the matter. In August 2014, CBI filed a closure report citing lack of evidence.

The deal, worth Rs 19,000 crore, was approved in October 2005 by then Defence Minister Pranab Mukherjee. It was alleged that the manufacturer of the Scorpene submarines, Thales, paid 4 per cent of the total amount as bribe to government decision-makers and middleman to secure the contract.

Interestingly though, the investigation was completed within two years. In 2008, the CBI told the Delhi High Court that after investigations, it had found “no evidence of payment of kickbacks” in the deal.