#Budget2018: How Does It Impact The Defence Sector? 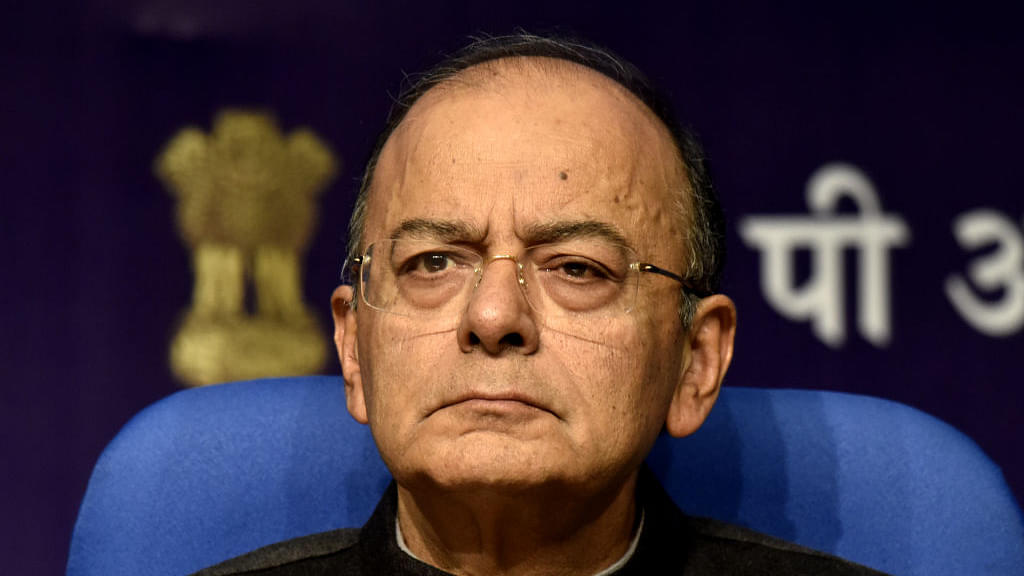 1 February gripped the who’s who of the nation as the man of the hour, Finance Minister Arun Jaitley, laid out the Union budget for 2018.

As per the distribution laid out by the minister, the defence sector received an increase in allocation of 7.81 per cent, putting defence spending at Rs 2.95 trillion, up from Rs 2.74 trillion the previous year. This figure is, of course, exclusive of the budget allocation for defence pensions.

While Jaitley called defence allocation a priority and gave the armed forces due credit for their work, the key question now is, was he able to give them their due in terms of funds?

The year 2018 has been seen as a year of decisive decisions not just in mordernising our defence equipment but more so in indigenising most of our defence imports. The current budget, though, frames a different path to reach this goal.

As India spends 1.58 per cent of its gross domestic product (GDP) on defence, the lowest since the 1962 Indo-China war, one is left wondering how the promises of maintaining and expanding the military foray will be kept up.

India’s neighbours to its west and north-east are not holding back in terms of budget allocation towards defence. Both China and Pakistan have consistently been spending 2 per cent or more of their GDP on this key sector.

Jailey’s budget has drawn a mixed bag of reactions from the industry. The capex allocation has been appreciated far and wide.

“There is an increase of 7,500 crore in Capex allocation for FY 18-19 after past two years of nearly no increase in capital allocation,” said J D Patil, director on board and head of defence and aerospace, Larsen and Toubro (L&T).

However, Patil was quick to add that the rise in capital allocation representing financial commitment for modernisation of the armed forces is lower than the GDP increase consistently for past so many years.

“This has built a huge backlog of modernisation projects as also ageing assets, while affordability of modern equipment and systems is a serious concern going forward,” Patil said.

Most in the industry feel that the capital increase is too small to support conclusion of any major ‘Make in India’ platform projects during fiscal year 2018-19.

These projects have remained in the pipeline for more than two years and the policy and process definition took almost two years (mid-2015 to mid-2017), with commitment to perfecting the same.

Thereafter, one expected these projects to gather steam; however, unless additional funds are reallocated, the current allocation does not seem like it can support conclusions before end of fiscal year 2018-19.

“For the defence budget to be able to effectively contribute to both modernizing and sustaining military capability, the allocation needs to be pegged at 2 to 2.5 percentage of GDP. More importantly, all the connected planning and expenditure functions need urgent reform – digitized capital procurement, optimized revenue expenditure, incentives for Make in India, structures and policy for joint military planning and prioritization of requirements”, explains Lt Gen Subrata Saha, Principal Adviser, CII, and DG, Society of Indian Defence Manufacturers.

“Such highly import-dependent military modernisation or sustenance plans are difficult to sustain. The defence budget and force modernization have to contribute to the indigenous industrial base, R&D and job creation,” Gen Saha said.

In his budget, Finance Minister Jaitley also emphasised on private investment opportunities in the defence sector by launching two new defence corridors. “We will take measures to develop two defence industrial production corridors in the country. The government will also bring out an industry-friendly Defence Production Policy 2018 to promote domestic production by public sector, private sector and MSMEs,” he said.

Defence Minister Nirmala Sitharaman went on to disclose that one of the locations for the same would be Tamil Nadu.

She explained the reason behind picking the South Indian state:

“The Department of Defence Production had recently conducted a major Defence Industries Development Meet in Chennai in January 2018 with huge participation from defence industries, including MSME from Chennai, Mysore, Coimbatore, Salem, Tiruchirappalli and from other states as well. The meet highlighted the prevailing ecosystem, albeit scattered, conducive for Defence Production in Tamil Nadu. The announcement by Mr Jaitley has paved the way for setting up the first Defence Production Corridor in Tamil Nadu,” she said.

V Sundaram, President, CODISSIA, lauded this move and said, “Plan for opening of two defence manufacturing corridors and one in Tamil Nadu is welcome. The MSMEs hope that due to a huge spending planned by the government, the economy could give a boost to MSMEs.”

“The two Defence Industrial Corridors and the new ‘Defence Production Policy’ announced in the budget speech is expected to look into the ailing production infrastructure,” added Gen Saha.

When it comes to border connectivity, the budget seems to have caught the pulse of the armed forces. Earlier this year, Indian Army chief Gen Bipin Rawat had said we had been focusing on the western borders for far too long and it was time we moved north.

Defence Minister Sitharaman said that the agreement on the tunnel under Sela Pass shows how “the priority being given for the defence of the North East and access to such points, which are critical for defence.”

However, with a budget as bound as this, one keeps wondering how the money will be divided between Make in India and equipping the boundaries with the latest technology.

As we approach the 2019 general election, will defence just be a slogan to raise, or will a transformed defence sector be a ground to lead from? The coming year will tell.