CAG Report On Navy Aircraft Deal: Did The UPA Do A Bofors On Itself? 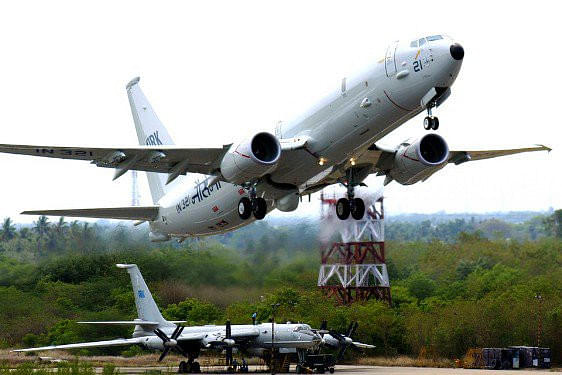 With China increasing its presence in the Indian Ocean in the second half of the last decade and its Soviet-origin Tupolev Tu-142M needing replacement, the Indian Navy went shopping for a modern submarine hunter in the mid-2000s.

A $2.1 billion deal was sealed with United States-based Boeing in January 2009, barely two years after the process began, making it an ideal case of defence procurement. It was an achievement, especially because the Defence Ministry was then headed by A K Antony – infamous for inducing delays in the already-broken, over-bureaucratised defence procurement procedure.

India had selected the P-8 Poseidon Long Range Maritime Reconnaissance aircraft over the one offered by EADS CASA of Spain, becoming its first export customer. The P-8Is started arriving in India in May 2013, just months before the arrival of the first Chinese nuclear submarine in the Indian Ocean in December of that year. All eight P-8Is that India had contracted for were delivered by the year 2015. In 2016, the Modi government used the option of buying more aircraft on the price negotiated for the 2009 deal and ordered four more P-8Is for the Indian Navy.

What could have been better? Nothing, truly.

But a report by the Comptroller and Auditor General of India (CAG), presented in Parliament on Thursday (9 August), has cast some doubts. According to the report, the Congress-led United Progressive Alliance government had inflated a bid submitted by the Spanish company to make rival Boeing’s aircraft look cheaper.

But if the UPA government had made up its mind to select Boeing P-8 for the Navy – for reasons of national security or otherwise – it could have rejected the Spanish company’s bid by highlighting the fact that the aircraft it was offering was of no match to Boeing’s P-8, the best submarine hunter by most accounts.

It could. However, there’s a catch.

The bureaucrats running the Defence Ministry under Antony, or the minister himself, may have wanted to avoid the single-vendor situation, in which there is only one firm that meets the criteria for selection. Although the Defence Procurement Policy allows single-vendor acquisitions with due justification, governments and bureaucrats often save themselves from such a situation to avoid awkward questions and accusation of favouring a firm. The fact that Antony was often more concerned about preserving his image of “Mr Clean” of Indian politics than anything else (as this writer has explained here), it is highly likely that he did not discard the Spanish firm’s bid to avoid the tricky single-vendor situation for the fear of facing allegations of kickbacks.

With no evidence of kickbacks for now, this remains the only explanation of UPA’s decision to inflate the price of the aircraft offered by the Spanish company.

If the government wanted to evaluate both the bids on equal footing, it could have reduced the support cost added to the Spanish firm’s quote. It chose not to.

The CAG report notes that Boeing had informed the Defence Ministry it will provide 20 years of support for the platform under a separate agreement. The fact that the government signed a separate deal with Boeing for equipment maintenance support lends this explanation some believability.

However, the Congress does have questions to answer on some fronts.

One, the CAG report says the capability limitations of radars installed on board the aircraft prevent it from achieving the envisaged coverage area requirements. “The critical role equipment offered by Boeing was not fully meeting the needs of the Indian Navy,” the report says. The US also found that the version of the aircraft it was using was ineffective at detecting and destroying submarines.

Two, its failure to make Boeing discharge its offset liabilities part of the contract. “The Offset obligations of MUSD 641.26 ($641.26 million), to be fulfilled within seven years (August 2016), had not been fulfilled till date. M/s Boeing, USA had claimed Offset credits on mere placement of purchase orders defeating the very purpose of Offset obligations,” the CAG has said in the report.

Under India’s offset policy, foreign players are required to spend at least 30 per cent of the total contract value in India through the procurement of components or research and development.

The Congress may also have a lesson to learn: to not smell rats where there are none. The case in point is its campaign against the Rafale deal.