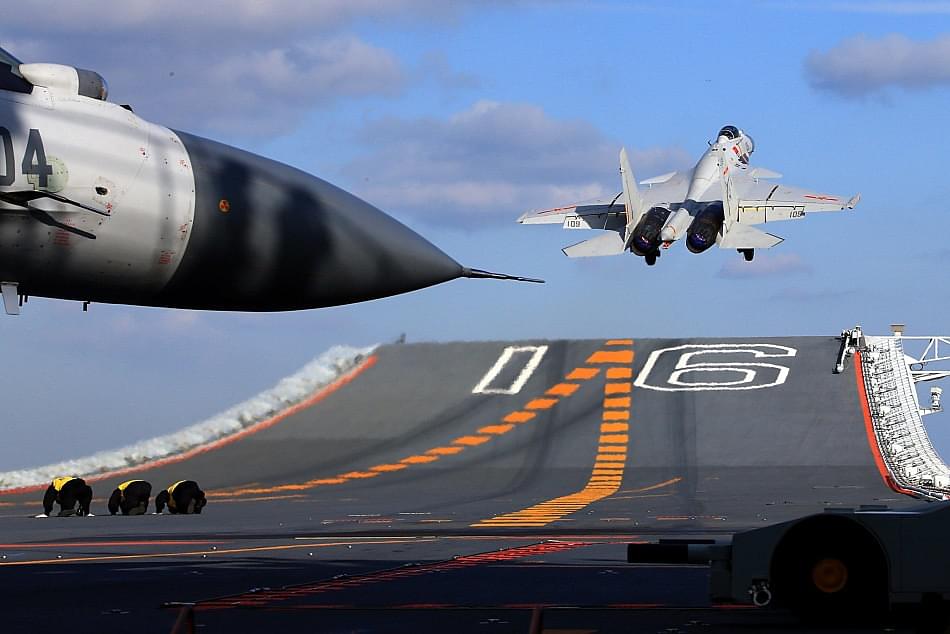 A new pier that has come up at China’s overseas naval base in Djibouti is large enough to support aircraft carriers of the People’s Liberation Army Navy (PLAN), US Army General Stephen Townsend, commander of the US Africa Command, told the US House Committee on Armed Services earlier this month, confirming what many experts have been pointing out for over a year.

The base, located in the Horn of Africa and close to the Bab el-Mandeb, the entrance to the Red Sea from the Gulf of Aden, was opened in 2017. Since then, the base, China’s first overseas military outpost, has expanded significantly.

The structure, experts say, is just long enough to accommodate the PLAN’s aircraft carrier. Interestingly, the new pier could also be capable of accommodating up to four of China’s nuclear powered attack submarines.

The Chinese base, a fortress with wide perimeter walls, watchtowers and underground quarters, is located only a few kilometers away from the US naval base in Djibouti — the Expeditionary Base at Camp Lemonnier. The base was in news in 2018, when the US said China had pointed military grade lasers at its aircraft near Djibouti.

While the stated purpose of the Chinese base in Djibouti was to support PLAN’s anti-piracy mission off the coast of Somalia in the Gulf of Aden, which began in 2008, in recent years, anti-piracy missions have become a means for China to justify an expanding naval presence in the Indian Ocean. The base has become a logistical hub, critical for China to maintain this presence.

China has consistently deployed some of its most modern warships for “anti-piracy” missions in the Indian Ocean, including its newest destroyers, and, interestingly, even submarines, which has led many in India and the US to question PLAN’s motives.

The PLAN’s “intention is to replicate something of the Carrier Battle Groups that US Navy has,” he said, responding to a question on China deploying aircraft carriers, adding that the Chinese “have nearly all the components in place”.

China currently has two aircraft carriers — Liaoning, a refurbished former Soviet-era vessel, and Shandong, the first indigenously-built carrier. A third, currently in an advanced stage of construction, will be a technological leap featuring an Electromagnetic Aircraft Launch System instead of a ski-jump. Work on the fourth aircraft carrier, delayed due to Covid-19, is likely to begin soon.

The PLAN also plans to deploy a fleet of nuclear-powered supercarriers, like those of the US Navy, over the next decade, although some reports suggest the plan may have been put on hold by the PLAN due to technical challenges.

The progress in the carrier building programme and the developments at its base in Djibouti suggest the PLAN could soon deploy aircraft carriers in the Indian Ocean.

Sustaining deployments in the Indian Ocean could become much easier in the future, as China ensures access for the PLAN to the foreign ports it has invested in under the Belt and Road Initiative.

Addressing the House Committee on Armed Services, General Townsend also said that the Chinese are looking for other basing opportunities in Africa.

China’s heavy investment in ports on Africa’s eastern coast, washed by the Indian Ocean, doesn’t come as a surprise. While China already has a base on Africa’s east coast (in Djibouti), these ports could provide it additional logistical support capacity for sustaining deployments in the western Indian Ocean.

“Some OBOR projects could create potential military advantages for the PRC, such as PLA access to selected foreign ports to pre-position the necessary logistics support to sustain naval deployments in waters as distant as the Indian Ocean..,” the Pentagon said in its annual report on China’s military modernisation in 2020.

In the Arabian Sea, China already has a base in form of Pakistan’s Gwadar deep-sea port. In 2013, Pakistan handed over the management of the port to the China Overseas Ports Holding Company for a duration of 43 years.

China’s extensive surveys in the Indian Ocean, including in India’s Exclusive Economic Zone, also suggest that the PLAN plans to increase deployments in the Indian Ocean. Chinese research vessels now make regular forays to the region, making multiple trips every year to survey vast swaths of the ocean.

Survey vessels map the contours of the seabed, and collect data such as salinity, turbidity, chlorophyll and oxygen levels. Such data can not only help China in detecting and tracking foreign submarine movements but also for planning routes that its own submarines can use for transiting through these areas.

This could be another hint — submarines accompany carrier battle group. For example, US Navy Carrier Strike Groups are typically shadowed by nuclear-powered attack submarines. However, it must be noted that China has deployed submarines in the Indian Ocean in the past.

Deployment of Chinese submarines in the Indian Ocean would increase in the future, and that is why the need for such data has increased.