Explained: Why India’s Plan To Indigenise And Manufacture AK-203 Rifles For Army Has Hit A Roadblock 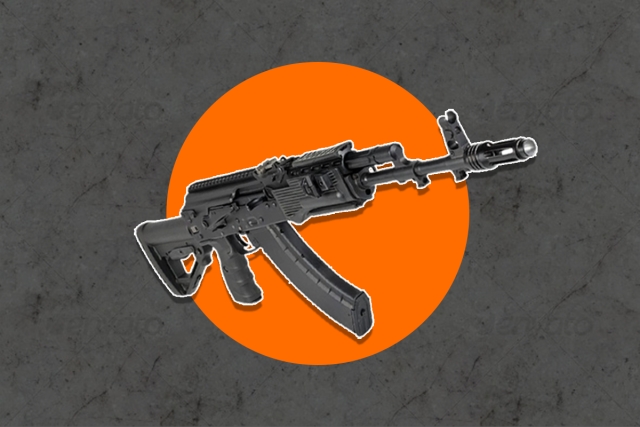 When Prime Minister Narendra Modi inaugurated a new facility at the Ordnance Factory Board complex in Amethi’s Korwa in March 2019 for the manufacturing of around seven lakh AK-203 rifles, it seemed the Indian Army’s decades long plan to upgrade the capabilities of its infantry units with a modern rifle and replace the troubled in-service INSAS had finally fructified.

Moscow and New Delhi had signed an inter-governmental agreement (IGA) to build the AK-203 in February 2019. The first AK-203 rifles for the Indian Army, reports said back then, were to roll off the production line in 2019. But over a year later, the India-Russia joint venture facility is yet to start production, and the situation is unlikely to get better anytime soon.

The main sticking point has been the offer price for the rifles. Indo-Russia Rifles Private Limited, the joint-venture between India’s Ordnance Factory Board, Russia’s Kalashnikov Concern and Rosoboronexport, the Russian government agency for military exports, have failed to agree on an offer price.

When the joint venture submitted its techno-commercial bid in February 2020, after multiple delays, “it quoted a price much higher than the benchmark price”. In June 2020, after the joint venture quoted “unreasonable and unacceptable” price, the Ministry of Defence was forced to appoint a costing committee.

Price negotiations for this deal are more complex than many others that India has signed with Russia in the recent past because it not only involves the transfer of technology and manufacturing of the rifle in India but also the objective of higher indigenisation, as envisioned under the Make in India programme.

Manufacturing a foreign weapon system in India has many positives. Among other things, it helps in the introduction of new technology and the development of infrastructure and capabilities in the Indian military-industrial complex.

Price, at least in the short term, is not one of these. In fact, manufacturing of a foreign weapon system in India increases the cost in the short term because it involves setting up of a new production line and maintenance workshops in the country, and training of workforce.

Add to this the cost of indigenisation. Under the IGA signed by India and Russia for the manufacturing of AK-203s, the indigenous content of the rifles has to be progressively increased to 100 per cent. The agreement envisions that all rifles, beyond the first 120,000, will have 100 per cent indigenous content.

Indigenisation of a weapon system produces jobs, capabilities and infrastructure in the local defence industry as contracts for various subsystems go to Indian manufacturers instead of foreign vendors, but does not necessarily decrease the cost of the system for the end user. In many cases, the cost increases.

Reports say that the cost of arms manufactured in India is as much as 25 to 50 per cent higher than imported items in the initial stages.

The cost of setting up a new production line to manufacture a weapon system in India and indigenising it can only be lowered if it is produced in large numbers, as economies of scale kicks in.

“..at initial stages, the indigenous procurements come substantially more expensive, till the development and capital costs get amortised and economies of scale begin to emerge. It is for this reason that even the most developed nations, indigenise defence systems selectively,” Lieutenant General Anil Ahuja (Retd), a former Corps Commander and Deputy Chief for Policy Planning and Force Development at the Headquarters of the Integrated Defence Staff wrote recently in the Economic Times.

This is why the government decided to buy Rafale fighters off the shelf when the number was brought down to 36 from over 100. Manufacturing 36 Rafales in India would have increased the cost of the fighter further.

AK-203s are to be built in large numbers, and reports say that the India-Russia joint venture will also look for opportunities to export the rifle. This will bring down the cost of production and indigenisation of the rifle in the long run.

Now, in order to make cost negotiations easier, the Ministry of Defence has asked the India-Russia joint venture to submit separate quotes for the first 1.2 lakh rifles and the remaining 5.5 lakh guns.

For immediate relief, the Indian Army is all set to place its second order for 72,000 US-built SIG716 rifles using the financial powers granted it.

The Army is currently equipping soldiers involved in counter-interagency with SIG716 rifles, while the wider requirement of assault rifles for regular infantry units will be met with the procurement of AK-203s.