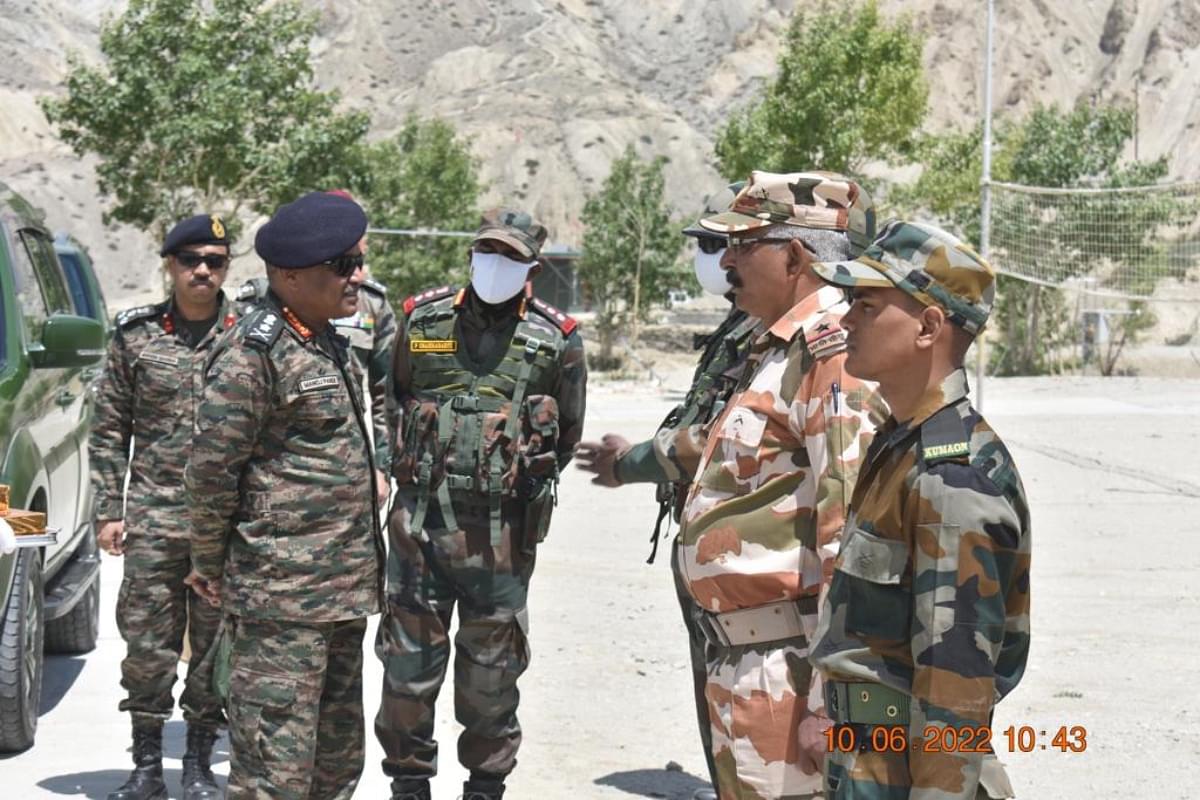 Indian Army chief General Manoj Pande is currently on a three-day visit to forward areas along LAC in the states of Uttarakhand and Himachal.

This is the maiden visit of the Army Chief to this sector after taking over as the Chief of the Indian Army. He is accompanied by Army Commander, Central Command and GOC, Uttar Bharat Area.

According to a Defence Ministry statement on Friday (10 June), during visits to the forward posts, General Pande is being briefed by local commanders about the prevailing situation along the borders.

"Taking a first-hand assessment of the operational preparedness in forward areas, the Army chief is scheduled to witness the high altitude operational capabilities of deployed formations, including mountaineering skills and long range patrolling," the ministry said.

The Chief of Army Staff (COAS) is also reviewing the ongoing infrastructure and development work and the Army-Citizen connect in the forward areas, it added.

While interacting with the Commanders during his visit, the Army chief emphasised the need for vigil and alertness along the borders.

He expressed his satisfaction on the rapid improvement of defensive posture and operational readiness of formations.

The COAS, during his interaction with the troops deployed on the forward posts, appreciated their high morale and exhorted them to maintain the high standards of professional excellence.

He also complimented the excellent synergy between the Army, Central Armed Police Force (CAPF), civil administration and police towards operational effectiveness and sustainable development in the border areas.