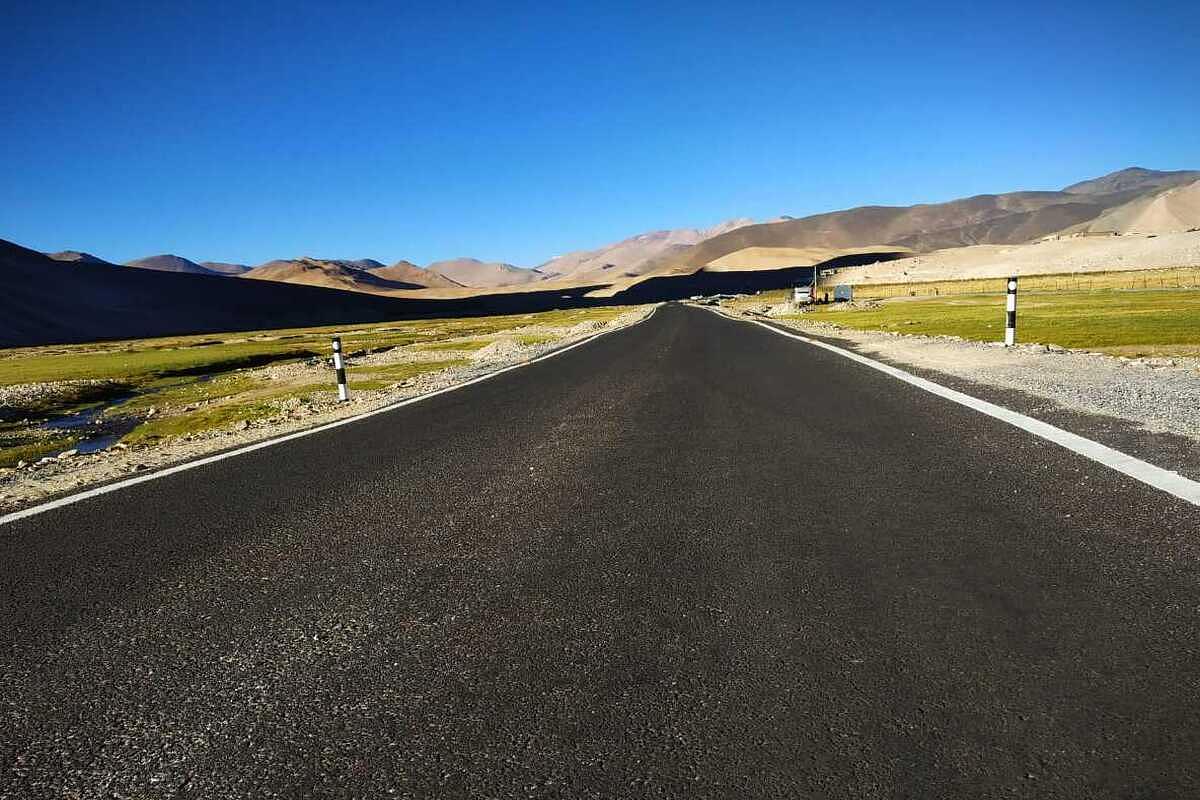 The Border Roads Organisation (BRO) has completed the construction of a 20-kilometre-long portion of the strategically important road heading towards Hotsprings in eastern Ladakh from Lukung, a village near the western end of the Pangong Lake.

The road is critical as the standoff with China at Hotsprings, one of the many friction points between the Indian Army and the Chinese People's Liberation Army, has continued despite disengagement in some areas.

The new road will make is easier to move troops and heavy equipment towards Hotsprings, experts have said.

The BRO has completed the stretch of the road that lies between Lukung and Phobrang villages near Pangong Lake. The construction of the remaining stretch part of the 75 km long road continues.

According to Dainik Jagran, which spoke to Chushul councillor Konchok Stanzin, who had posted about the development on Twitter, said that the 20 km stretch of the road had been completed in almost two years.

No Disengagement In Hot Springs

India and China have discussed the issue of disengagement at Hotsprings or Patrolling Point (PP) 15 in multiple rounds of Corps Commander-level talks since April 2021. However, no agreement on troop pullback has been reached as China continues to drag its feet.

After the 13th round of talks last year, India had said that the Chinese side did not come up with any "forward looking proposals" on the issue of disengagement and was "not agreeable" to India's "constructive suggestions" for the resolution of issues at the remaining friction points.

"The remarks by the Indian side are groundless," Foreign Ministry spokesperson Zhao Lijian, one of China's most prominent wolf warrior diplomats, said at the daily press briefing in Beijing.

In April 2022, the Indian Express reported that India had rejected a Chinese proposal for disengagement at Hotsprings around the time of Chinese Foreign Minister Wang Yi's visit to India in March this year. As part of the proposal, China suggested that Indian troops move back to a point between PP 16 and PP 17 while its own troops would move to a point just behind the Line of Actual Control in the sector as claimed by India.

"Sources said this was unacceptable to India since the Chinese claim line and India's understanding of the LAC almost intersect at PP 15. If India were to accept the proposal, it would mean that while Chinese troops would move back very little, Indian troops would have to withdraw several kilometres behind," the Indian Express report said.

India is speeding up the construction of roads and other infrastructure to ease the movement of troops and heavy equipment in eastern Ladakh.

The Border Roads Organisation (BRO) has built 2,088 km of roads in areas bordering China in the last five years with an expenditure of Rs 15,477 crore, the Narendra Modi government said in July this year.

There has been a renewed focus on developing infrastructure along the Line of Actual Control (LAC) with China following a series of standoffs with China along the LAC, including in eastern Ladakh.

While India has been building border roads faster than before for a few years now, these developments, including the multiple standoffs along the LAC, have induced urgency in the spending on border infrastructure.

In the 2022-23 budget, the government increased the capital outlay for the Border Roads Organisation (BRO) by 40 per cent to Rs 3,500 crore.

As its name suggests, the BRO, an agency under the Ministry of Defence, is responsible for the construction and maintenance of border roads and allied infrastructure, such as bridges in India's border areas.