Remember This: India Was A Victim Of The MTCR For Decades 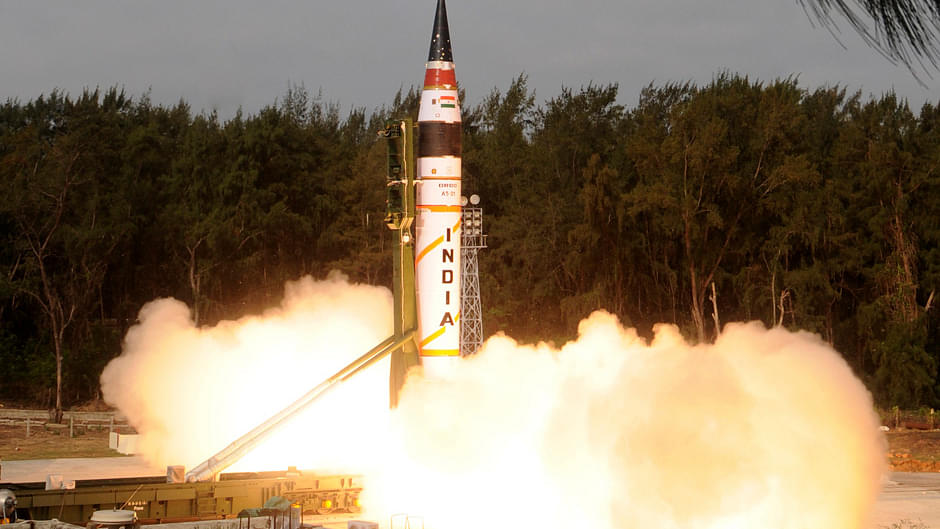 The Missile Technology Control Regime (MTCR) is a consensus group of 35 countries. It was established in 1987. The regime’s aim is to prevent the proliferation of missile technology and unmanned delivery systems for nuclear weapons or other weapons of mass destruction.

Since India wasn’t a member of the MTCR, it had to face sanctions and restrictions on the import of military technologies and systems it needed. While these sanctions impaired India’s defence projects high-end defence tech continued to flow into Pakistan from China.

In 2003, the then Prime Minister Atal Bihari Vajpayee had flayed the double standards of this group of countries. He highlighted the inequitable and discriminatory practices by those who already possess these capabilities and their reluctance to lend a helping hand to India.

These restrictions forced Indian scientists to ‘go local’. Since hi-tech materials and systems were denied to India, nearly everything had to be developed locally.

A Sivathanu Pillai, who headed the BrahMos project describes India’s struggle for indigenisation as nothing short of a mini freedom struggle. He sees the MTCR as a blessing in disguise. He writes in his book:

Resultant of MTCR, all the systems had to be home-grown.

A.K. Aatre, who assumed the post of DRDO chief in 2000 and was the chief controller of electronic systems in the 1990s had this to say about the discrimination against India:

That was the period when materials, technology, electronic systems were unavailable….The embargo was looked upon as an opportunity within the organisation.

So did India manage to build what it wanted?

Yes, but it took India 15 years to develop the necessary technologies. These were available with other countries but the restrictive MTCR (and economic sanctions imposed on India following the 1998 nuclear tests) prevented them from sharing it with India, In many cases, Indian scientists had to reinvent the wheel - while this was possible, it did cost India much time.

This Indian Express report says, when Kalam took over as DRDO chief, the indigenous content in the missile systems was 30 per cent. By the time Kalam retired, DRDO had achieved 50 per cent indigenisation.

Many projects got stuck for decades. While the Agni missile systems can be counted as a success, it took us decades to finish certain systems in the Light Combat Aircraft project, for example. Programs like the Arjun tank and the Akash SAM systems were also delayed by many years because of sanctions.

But now India has finally been admitted into MTCR. It had applied for the membership last year. MTCR is a consensus group and Monday was the last day for any member to raise objections to India’s entry and none did.

What are the benefits of being in the MTCR group?

While some technologies have been mastered there are still many cutting edge areas where India lags behind. Now that India is a member of the MTCR it can import high-end military technologies and systems like the Predator drones (favourite tool of the CIA - employed to hunt and kill terrorists in Afghanistan and Pakistan) from the US. It can engage in the export of missile technology to its friends. It is in talks with Vietnam to provide BrahMos missiles. The US has just lifted military sanctions on Vietnam. President Obama was in the country just two weeks back.

Plus, India’s chances of getting admitted into Nuclear Suppliers Group (NSG) have also improved with the entry into MTCR because the 34 nations that are part of the MTCR also form the core of the NSG.

However, the biggest takeaway from all this is that the systematic apartheid against India has come to an end. But it has only come after India has proved to be capable of building systems and developing technologies that are denied to it.