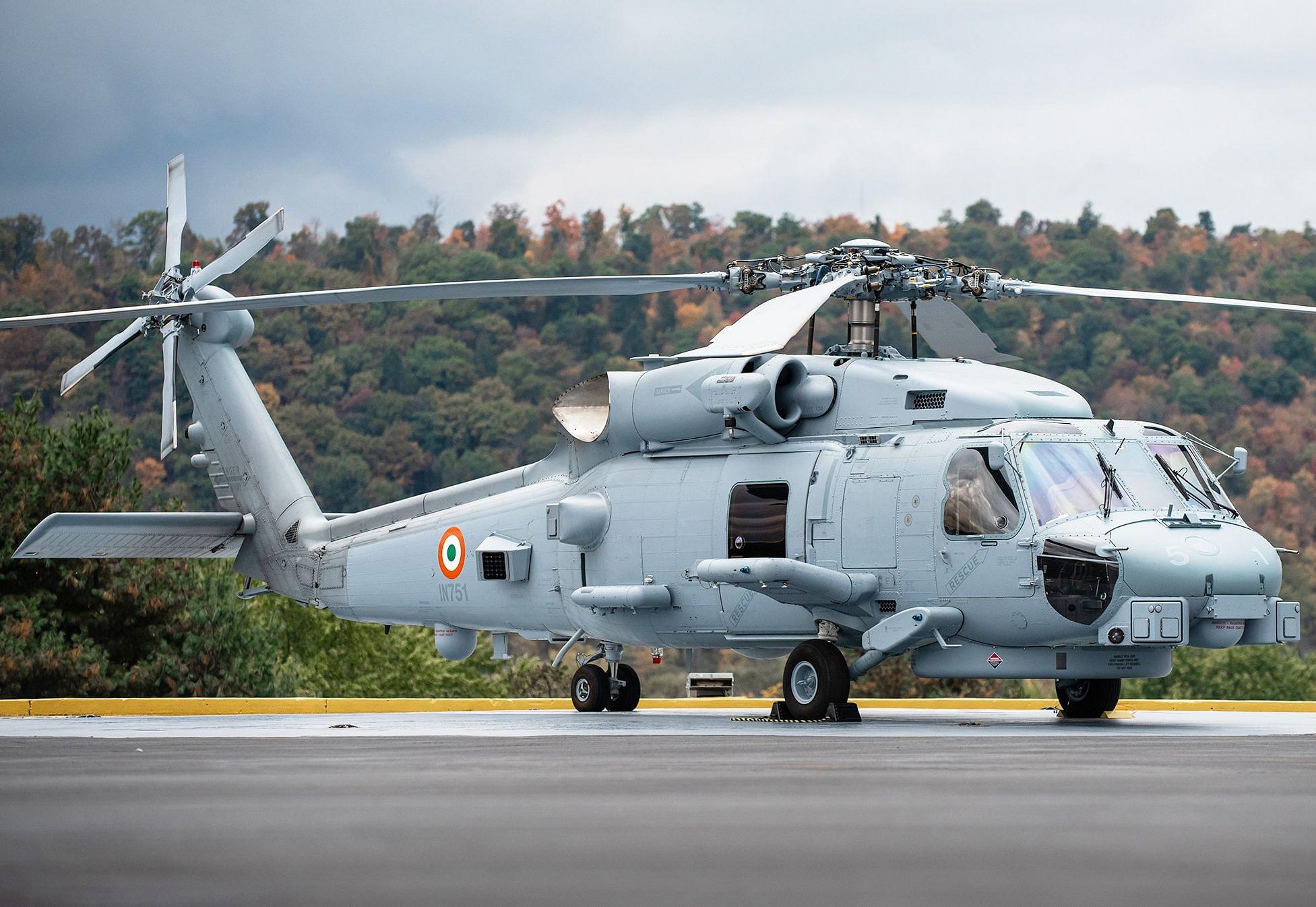 In 2020, India signed a $2.6 billion deal with the US for 24 MH-60R Romeo helicopters. The first of these helicopters arrived in India earlier today.

The first tranche of #MH 60R helos were received by #IndianNavy at @KochiAirport with the traditional welcome ceremony.
Delivered by @usairforce Special Air Assignment Mission Flight, these add to the 3 delivered earlier in Jun 21 in #UnitedStates.@SpokespersonMoD pic.twitter.com/sTQ3LSxV0t

The new helos will replace the Navy's obsolete Sea King anti-submarine helicopters. The first Sea King helos landed on INS Vikrant, the first aircraft carrier of the Indian Navy, in July 1971, just months ahead of the Bangladesh liberation war. Navy contracted for an improved version – Mk42B Sea King – in 1982, and 20 of these were delivered to it between 1988 and 1992.

Nearly five decades since the first Sea Kings landed, less than 10 of these whirly birds remain operational with the Navy.

The shortage is so acute that some warships go to sea without dedicated anti-submarine warfare (ASW) capability at a time when the presence of the People’s Liberation Army Navy in the Indian Ocean is growing.

These warships instead depend on the Chetaks, Hindustan Aeronautics Limited’s (HAL) licence-built version of the French Aérospatiale Alouette III light utility helicopter, which is even older than Sea Kings that the MR-60s will replace. Alouette IIIs were designed in the late 1950s and introduced in 1960.

Without dedicated ASW helicopters, Indian warships are virtually blind to and defenceless against enemy submarines.

In one such instance, the navy had to send four warships — INS Sahyadri and INS Satpura, guided missile stealth frigates, INS Shakti, a fleet tanker, and INS Kirch, a guided missile corvette — on a two-and-a-half-month long operational deployment to the PLAN dominated waters of South China Sea and the Pacific in 2016 with just one ASW capable Sea King 42B and two Chetak utility helicopters.

The criticality of AWS capability for the Indian Navy can be gauged from the fact that the service wants submarine-hunting capabilities not only on its future 123 medium multirole helicopters, but also on the 111 light utility helicopters (approved in 2017) which will replace the nearly 40 HAL Chetak/Allouette IIIs utility helos in service with the Indian Navy.

The helos come with transformative capabilities.

One, the MH-60s come with Telephonics APS-153(V) radar, which, among other things, has high-resolution Inverse Synthetic Aperture Radar (ISAR) imaging option. Using ISAR, Telephonics says, the helo can classify detected moving ship targets under night and restricted visibility and operate from outside the enemy’s visual and lethal range.

The radar is also equipped with Automatic Radar Periscope Detection and Discrimination capability.

Two, the Indian Navy’s MH-60Rs have AN/AQS-22 Airborne Low Frequency Sonar system as its primary undersea ASW sensor. According to Raytheon, this is the only in-service dipping sonar with multi-frequency operation, which helps it adapt its performance to varying environmental conditions.

Three, these helicopters come with the Advanced Precision Kill Weapon System (APKWS) laser-guided rocket, which BAE Systems has been pitching to the Indian forces for years.

Four, apart from APKWS, the helos are also be equipped with AGM-114 Hellfire air-to-surface missiles, the Kongsberg Naval Strike Missile with proven sea-skimming capabilities for the anti-ship role and Raytheon MK54 torpedoes.

Over the last few months, Indian Navy personnel have undergone training in the United States to operate MH-60R helicopters.