Rafale Deal: How The Air Force Squandered A Procurement Opportunity 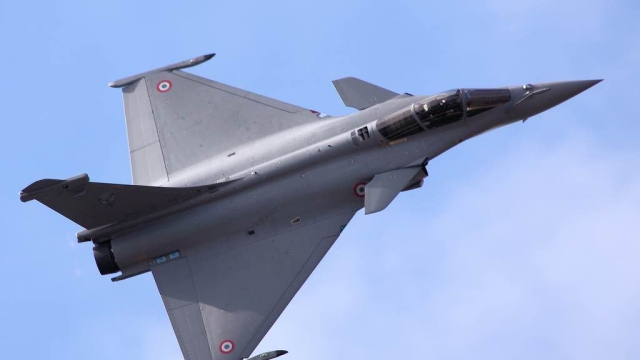 “War is too important to be left to the Generals,” said former French Prime Minister Georges Clemenceau. However, Indian security planners have for long allowed the IAF’s rhetoric of wanting the “best combat jet” to remain unchallenged. India is paying dearly, both in money and in defence preparedness for such dereliction of duty.

The country’s most expensive defence deal in its history will neither lead to a transfer of technology and local manufacturing nor will IAF acquire the required number of jets to enhance the country’s defence.

Ironically, despite the obvious deficiencies India cannot walk away from the deal. This is because we need the jets to make up for numbers badly!

That IAF was losing combat jets to ageing was always known. IAF’s squadron strength is expected to get to 25 in next six years against a sanctioned strength of 42. That is a shortfall of about 200 jets.

The MMRCA tender which was supposed to make up for this gap was a badly designed tender from the get-go. With insipid political leadership at the helm, IAF came to dominate the process.  A holistic approach to defence procurement was the first casualty.

Commercial acumen to keep several bidders competing until price negotiations are concluded was discarded. The IAF’s singular concern was to procure their favourite aircraft.

Instead of setting performance requirements in view of prevailing threats the IAF went for the gold-plated version. The rhetoric of getting the “best plane” got the better of realpolitik. The IAF narrowed down the entire process to a single criterion of best performance.

The approach was similar to a family deciding to buy the best car in the market and checking their bank balance after selecting the Rolls Royce. Fascination with technology reached levels where battle-hardened platforms like the F18 were not good enough for the IAF. Neither was the Eurofighter, which is the primary fighter of several NATO and European Air Forces like Germany and the UK, good enough.

The IAF remained unchallenged in selecting Rafale and no second or third winner was announced. The French buoyed by their monopoly promptly withdraw the prior commitments to manufacture in India citing warranty issues. The price now escalated to a point where the plane became unaffordable. The new government rightly cancelled the tender. However, to placate the IAF a compromise purchase of 36 jets was announced.

But the landscape has changed completely. While the MMRCA tender lumbered through the byzantine decision-making process in India, the Rafale won orders from Qatar and Egypt. Dassault’s, the company which produces the Rafale jets, production lines are running at capacity to fulfill these orders. While this deal is urgent for India, the French are in no hurry.

The 126 jets in the original MMRCA tender were expected to cost around $12 billion. But today the smaller 36 jets order alone is expected to cost $7- 8 billion. The price has more than doubled. India seems to hold no cards in the face of hard-nosed French negotiations.

Despite the noblest of intentions, IAF’s objective of getting the best jets for its fleet has not bolstered India’s security. If anything the entire process has caused a massive deterioration in India’s defence preparedness. Hopefully, some lessons have been learnt.