Meeting With An ISI Chief Reveals A Pak Of Lies 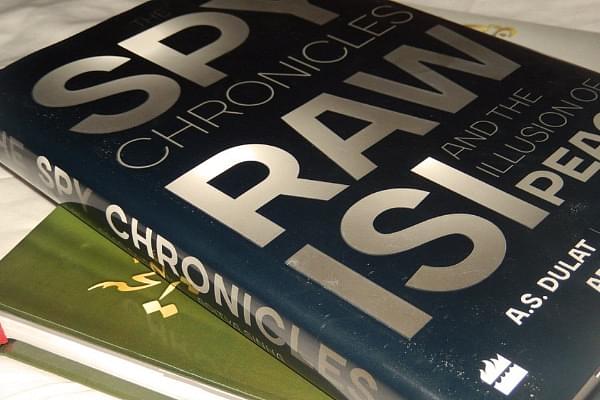 Meeting the enemy is always a surprise. For The Spy Chronicles: RAW, ISI and the Illusion of Peace, I met former director-general of the Pakistan army's Inter-Services Intelligence (ISI), General Asad Durrani – with former Research and Analysis Wing (RAW) chief A S Dulat being the third author. I was wary. After all, the ISI was hell-bent on destabilising or even balkanising India. I recognised, however, that power in Pakistan was with the army, and within the army in the ISI. It was referred to, not just in India but by Western experts, as the “state within the state”, or the “deep state”. As a journalist I could not pass up the chance to look into the heart of the enemy – the core of everything anti-India. I was curious. Also, few Indian journalists would have met such a man.

I first met Durrani in Istanbul in May 2016, on the rooftop restaurant of the hotel that a Canadian university had selected for a Track 2 “Intel dialogue” between retired intelligence officials of India and Pakistan. This had emerged out of a similar Track 2 meeting of retired military personnel; in that meeting, the faujis seemed to have more meaningful interactions than did the retired diplomats – possibly because for the military on either side, they knew war, and war was a serious business. Durrani was common to both dialogues and he had suggested the “Intel dialogue”.

Durrani was different from Dulat, whom I'd known for over two decades. Dulat did a remarkable job of holding onto Kashmir as the Intelligence Bureau (IB) head despite the worst circumstances of 1989-1990. K Subramanyam recognised him for having alerted the government to the 1999 Kargil intrusions. As RAW chief, his work was commended by India's first National Security Advisor, Brajesh Mishra, who retained him after superannuation as an advisor in Atal Behari Vajpayee's Prime Minister’s Office. Dulat disarmingly is warm, effusive, a hail-fellow-well-met kind of man who works best in the field, recruiting agents.

Durrani, on the other hand, was cold. He first sized me up, and our relationship always retained at a level of formality. His military discipline perhaps did not approve of my journalistic recklessness. He is called the most cerebral ISI chief – which might be a damning statement on the Pakistan army's quality – and his style is that of a backroom loner, collating and sifting intelligence and making hard-nosed, clear-eyed assessments. He retired as a three-star general, and was given ambassadorial assignments to Germany and Saudi Arabia, two countries important to Pakistan. He was retired but he zealously represented the establishment's point of view.

This was obvious with an obsession of his that did not sit well with me: his seeing every terror episode in India as a “false flag operation”. This is a covert deception operation, meant to lay the blame on someone specific; the name comes from when pirates flew other nation's flags as disguise while approaching a ship to loot. Durrani spoke of three “false flag” operations: the 1995 kidnapping of five foreign hikers in Kashmir by Al Faran; the 2001 Parliament attack; and worst of all, the November 2008 attack on Mumbai.

The Al Faran kidnapping (one hostage got away; a Norwegian hostage was beheaded; and the bodies of the rest were never found) happened while I actively reported from Jammu and Kashmir. I never thought of it as a deception operation though it soured the West’s stance on Kashmir separatism. Durrani believed that the account of the kidnapping in The Meadow by Adrian Levy and Cathy Scott-Clark, confirmed his view that the hostages were held by Indian intelligence to discredit the Kashmir movement. I admit that it all makes for an interesting thought experiment, but The Meadow is not much of evidence: a pacy read till halfway, it suddenly makes a hero of the then Inspector-General of Police Rajender Tikoo. He alone championed this conspiracy theory. Intelligence is not considered reliable if it's single-source, incidentally.

Durrani also believed the Parliament attack was a false flag operation to give India an excuse for Operation Parakaram, when our army mobilised on the Pakistan border for the first six months of 2002, filling the Pakistan army with anxiety. Durrani did not dwell on this subject, however, so I let it go.

But when Durrani said the 26/11 attack was a false flag operation I felt indignant. I wanted to argue his nonsense into the ground, but my role in this project was much like Lord Ganesha, to simply jot down the conversations of the participants, and to guide them with informed questions, as in a long-form interview. Yet I felt appalled. Mumbai was an unforgivable attack on India, literally and metaphorically; it was a multi-layered assault on what defined us as a nation. It was tragic. It hit at our heart. We all know people who perished in the attack, like my wife's former boss, Sabina Sehgal Saikia; a cousin of mine was involved in the anti-terrorist operation that brought the nightmare to an end. We have never undertaken such a dastardly or shameless attack on Pakistan. To call it a false flag operation was the depth of cowardice and nastiness in my opinion – and it came from the supposedly most “cerebral” of ISI chiefs.

I left it to Dulat to tackle Durrani on this matter, and Dulat pointedly said: one, that the Pakistan army did 26/11 out of spite, because we didn't take President Pervez Musharraf up on his peace offer (Musharraf was no longer army chief when 26/11 took place, but such an audacious operation needed early planning which could only have begun while he was still in the saddle); and two, if another 26/11 happened then no country in the world would be able to stop India from retaliation.

Durrani made other utterances that showed his distrust of the Indian establishment – things that were edited out of the book, such as his calling the Indian foreign office the equivalent of the Lashkar-e-Taiba, or his comparing NSA Ajit Doval, for whom the Pakistanis have a particular dislike, to a prostitute. This was not such a grave matter because one, every country indulges in polemic and we must accept it as such; and two, Doval undoubtedly enjoys being demonised by Pakistan.

And then there's the murder of Rising Kashmir editor Shujaat Bukhari. It is unclear as of this writing who killed him, but I can't help put some of the blame on Durrani, who headed Military Intelligence and then headed ISI when the Kashmir uprising exploded in 1990. He is also culpable.

At the end of the project, I went through my notes, rearranged the conversations and edited out a lot of flab, and I realised that I was looking deep into the heart-of-the-heart of the enemy. For many who may otherwise dismiss talk of “talks” with Pakistan, just this prolonged glimpse makes this book worth the price of admission. Because for me personally, the glimpse that I got of Durrani might have been a surprise but it was downright chilling because I realised that no matter what Pakistan's politicians or peace lobby might say, Pakistan will never budge, and that nothing between our countries will ever change.

Aditya Sinha is former editor-in-chief of DNA and an author.