Turbulence In Officer Ranks Of The Indian Army: Comprehending A Problem That Needs Immediate Resolution 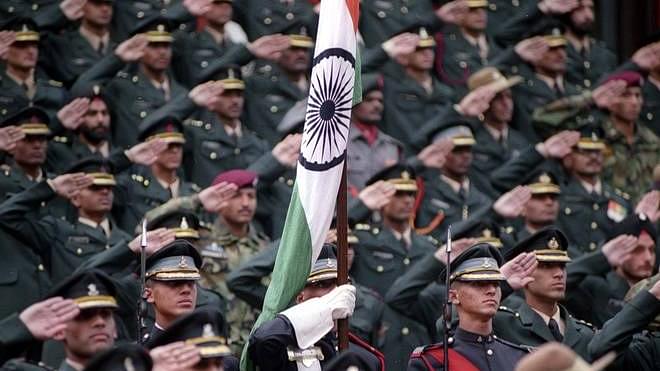 There have been a series of reports in the media about restiveness in the ranks of the officer cadre of the Indian Army. Some of these relate to issues regarding equivalence with civil services cadres as also non-functional financial upgradation (NFFU). These are relevant in their own way but do not have an immediate impact on the effectiveness of the force. A much more important issue, which is still under judicial scrutiny, but is causing heartburn and more than sufficient concern is the intra ‘department’ (term used for easier understanding) share of promotion vacancies for select ranks in the officer cadre. Ideally this is an issue completely internal to the Army's cadre management.

However, since there has been some media noise on the subject, a case is in the courts and morale of the Armed Forces is a matter the public has a right to be aware about; I am expressing some basic facts for clarity. Admittedly, not many outside or inside the Army are fully conversant with the issues at stake. I claim that I am one of those who know the issue rather well.

Mercifully for the system, the Army Chief General Bipin Rawat and his current Adjutant General, Lieutenant General Ashwani Kumar, are fully aware of the intricacies having handled policy as staff officers at the Military Secretary’s Branch in their long service experience. Reflective of the seriousness as also a good understanding is the timely Press Information Bureau (PIB) note put out by the Army on 12 October 2017 reassuring its officer cadre that apprehension regarding the Services and other arms not getting their due in the share of promotion vacancies at select ranks was being addressed at the latest Army Commanders’ Conference, which is the highest forum in the Army for addressing policy issues. The fact that a PIB note was issued as against an internal service communication is sensible and projects the seriousness with which the Army appears to be transparently addressing a problem, which is potentially debilitating for the service. What is this issue all about?

From the rank of Colonel and upwards the Army’s rank structure is steeply pyramidal. The ranks are filled through promotion by selection, forcing high attrition rates at every stage. For every rank there are a fixed number of vacancies. Complexity becomes greater in populating the appointments held by various ranks because each of such appointment requires a mix of core experience of the Combat Arm, Combat Support Arm (CSA) or Service to which an officer belongs. These terms relate to the specific department such as Infantry, Armoured Corps or Mechanised Infantry (Combat Arms); Artillery, Engineers, Air Defence Artillery or Signals (CSA); and Ordnance, Electrical and Mechanical Engineers (EME) and Army Service Corps (ASC) which are designated as Services.

With the above minimal explanation, the real issue is the distribution of the sum total of promotion vacancies in each rank. That distribution should ideally ensure two things.

First, that batches of officers with same seniority should pick up higher rank at the near similar service level (years of service).

Second, that there is near similarity in percentage of officers being promoted from a batch but belonging to different departments. This will ensure uniform satisfaction levels for all. A system earlier in existence distributed the vacancies on a pro rata, based upon the total strength of a base rank such as Major from where the officers aspired to rise to the first select rank (Colonel).

That was a fair one but another factor, that of deprivation and risk for the Combat Arms had to be catered for; for that a fixed percentage each of the vacancies accruing to the CSA and Services was deducted and credited to the Combat Arms to keep them marginally ahead in promotion for sake of motivation (it was referred as combat edge). The system worked perfectly well except that much depends on the size of batches of each of these segments which is never uniform. Applying near uniform percentages of approval for promotion skewed the system and in 2001, for example, the ASC was four years ahead of the Infantry in promotion in spite of the combat edge.

After Kargil 1999, there was a need felt for keeping the Combat Arms with younger profile of commanding officers (COs). As additional vacancies accrued from the cadre review done by the Ajay Vikram Singh Committee (AVSC), a different mathematical model was adopted for vacancy distribution as against the combat edge model. This was called the command exit model. The basic assumption here was that more vacancies were needed for the Combat Arms to keep their age profile young (faster turnover) and the tenure shorter because of the greater stress and risk factors in command. There were various other reasons in this model, such as the larger number of command vacancies in some Arms or CSA, which gave a skewed and much higher percentage of vacancies to two entities, the Infantry and Artillery (although the latter is not a Combat Arm).

The result of the decision above was that a very distinct differential emerged in the batch parity between various departments (Arms/Services). Even this would not have created much turbulence because it happened in the past too and is usually a passing phase at a point in time due to batch strength. What really upped the angst was the percentage approval rate in which a very high differential has emerged by virtue of the command exit model. There have been times when in the Infantry and the Artillery 50-55 (or higher) per cent of a batch gets approved for promotion to Colonel.

However, the approval rate for some others such as Engineers, Signals and ASC goes down to well below 30 per cent. This means highly-competent and well-qualified officers of these CSA and Services get stalled as Lt Cols and do not get promoted to even the first select rank of Colonel (14-17 years of service or 36-40 years of age).

Officers who are qualified on the Defence Services Staff College course and also acquired an M Tech degree get stalled at the first level for promotion; obviously a major cause for dismay. That is the crux of the problem which is accentuated further by one other phenomenon, which needs a slight explanation.

The Army has been short of officers now for almost 25 years. Against 21 officers authorised to an Infantry unit on the LoC, only 13-14 are posted. Even this strength is achieved by attaching officers from the Services on commission from the pre-commissioning training academies, for a varying period of one to three years. They do the work of Infantry officers and bear the same risk. Later, in five to 10 years of service, all are required to do a tenure of 30 months with Rashtriya Rifles (RR) or Assam Rifles (AR) in active counter insurgency operations. Thus with approximately five years of operational service they perceive they are as much exposed to risk as Infantry officers. They question the rationale of their lower promotion avenues through lesser percentages. This is a contributory argument in their favour but is not the clinching one under any circumstances because the overall professional content of an officer’s worth does not come only through operational experience. There are many other factors which add to it.

Attempts were made to resolve this problem by scaling down the vacancies of the Infantry and Artillery and distributing these to others as a quick fix but a final decision was never taken; perceptions on the command exit model vary as per Arms/Service loyalty and have divided the officer cadre. It may be good for organisational interest in ensuring lower age profile of the COs of some Arms but organisational interest also includes the overall motivation and morale of the Army. Towards that end, the current situation surely calls for a review.

When a few officers decided to seek the legal route for redress, the Army was reported to have given an affidavit that officers from the Services were non-combatants purportedly because their duties did not entail risks of the combat zone. I have not come across such an affidavit although it is often quoted. This description apparently riled a lot of officers from the Services especially since in the first 10 years of service in the Army, most of them have equal if not more operational service than many Infantry officers, due to attachment only in field conditions and tenures with RR/AR. However, none of this justifies the position taken by some of them that being labelled as non-combatants they were not duty bound to serve in operational conditions. This is an unnecessary, immature, emotional and uncalled for response. No officer of the Indian Army is a non-combatant; such a category does not exist. Every one of them is trained for the first and foremost job of battling the enemy.

The Indian Army, known for its unity in diversity, in more ways than one, cannot afford such responses from within the ranks of its officer cadre. Yet, the question should be why the situation has been allowed to deteriorate to such a level. Obviously hard decisions devoid of any emotions or linkages to parent Arms and colour of lanyards need to be taken. There cannot be such yawning differential in the human resources practices that disallow reasonably uniform aspirations among all who have trained together but entered different Arms and Services due to the requirements of the organisation.

The Army Chief has been extremely mature in issuing the PIB note. He and the Army Commanders, along with the Adjutant General and Military Secretary, are the custodians of the values and ethos of the Army. A consensus decision to review the command exit model, and do it very early, is the call of the hour. An equitable system which still guarantees reasonable command tenures for all and ensures a maximum variation of 10 per cent in the percentage approval rates is something which needs to be sought. In the process, all archaic policies which seem to have outlived their utility need to be reviewed and shelved. In fact, the whole concept of quantified selection system introduced in 2008-2009 needs a fast track review.

An Army doesn’t run only on the basis of the quality of weapons, technology, doctrine and tactics. The men behind all these are far more important. If those men happen to form the leadership of the army then their lack of motivation and morale will ensure that every other advancement is neutralised. Given its resilience and unity, the Army should itself set the issues in order through a consultative approach and prove to the courts that there is no necessity of arbitration in its internal affairs.