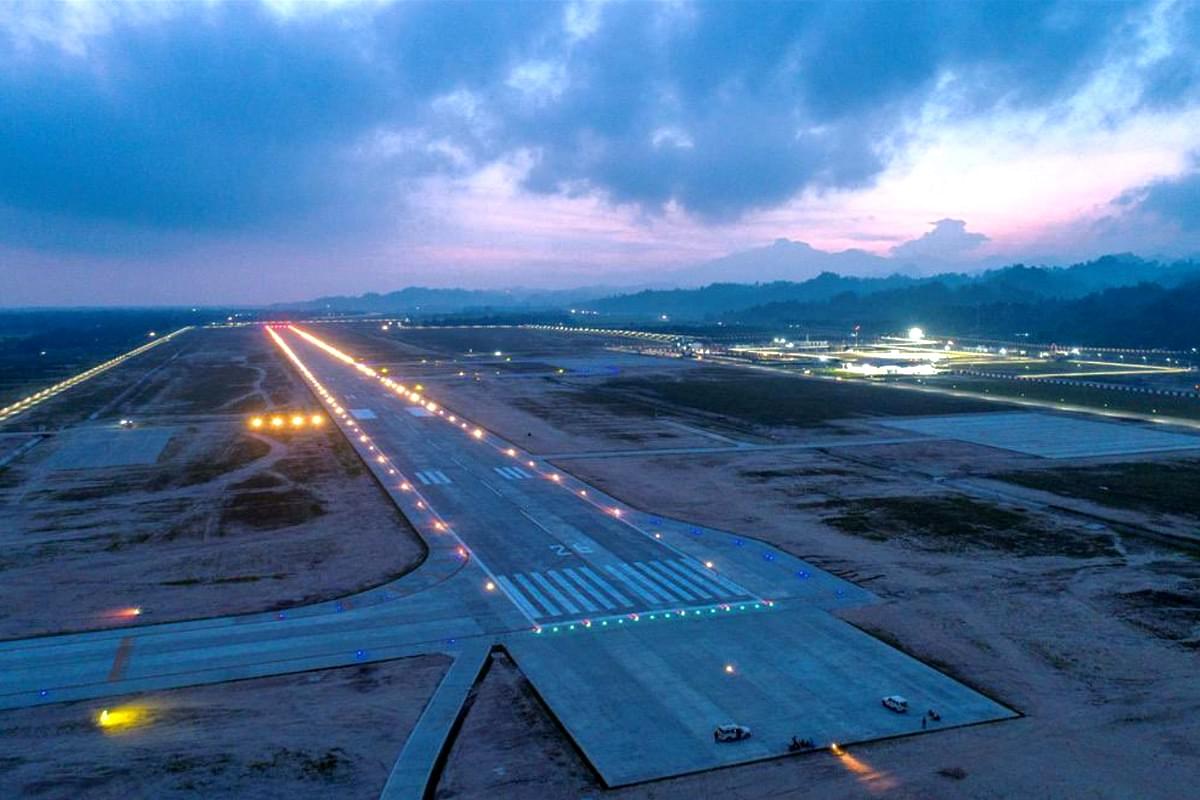 Prime Minister Narendra Modi is in Arunachal, just days ahead of the 60th anniversary of the end of the India-China war of 1962, to inaugurate the state's first greenfield airport, Donyi Polo Airport, in Itanagar.

The airport, built as part of a massive infrastructure development push in the Northeast by the center, is estimated to service some 20 lakh people in the region and help boost tourism in the state.

Over the last decade, China has used tourism to consolidate its border with India in Tibet. The growth in tourism, enabled by the massive development of infrastructure in border areas, has turned border villages into new tourist hotspots and herders into hoteliers.

Earnings from tourism — as high as 100,000 yuan ($15,000) in a season in some cases — act as an incentive for people to move to border areas from the interiors of Tibet, increasing the population along the frontier.

For instance, Nyingchi, a city in Tibet located around 40 km from the frontier with Arunahcal, has turned into a tourist hub.

Tourist arrivals in the city have gone up sharply in the last few years with the construction of an airport in Mainling.

It was at this airport, located only 15 km away from Tibet's border with Arunachal, that Chinese President Xi Jinping landed in 2021 for his first visit to Tibet after assuming the leadership of the Chinese Communist Party (CCP) in 2012.

In the last five years, Nyingchi has received over 32 million tourist trips, and revenue from tourism stands at 24 billion yuan ($3.69 billion).

China also opened a 450-km-long railway line linking Nyingchi to Lhasa in June last year. The Lhasa-Nyingchi rail line is part of the longer, 1,600-km-long Sichuan-Tibet line that will link Lhasa, the capital of Tibet, with Chengdu, a city east of Arunachal Pradesh.

The headquarter of China's Western Theatre Command, which is responsible for the frontier with India from Arunachal to Ladakh, is located in Chengdu.

During his Tibet visit, the Chinese President also visited the Nyingchi railway station to inspect the Sichuan-Tibet railway line, and then took a train to Lhasa.

"Xi went to Nyingchi railway station, learning about the overall designing of the Sichuan-Tibet Railway and the operation of Lhasa-Nyingchi section, and then took a train to capital Lhasa. He inspected the construction along the railway during the ride," the China Daily reported then.

Construction of the Lhasa-Nyingchi rail line, nearly 75 per cent of which is either over bridges or under tunnels, began in 2015, and track laying was completed in over five years, in December 2020.

The remaining 1,100-km long section of the line, a part (Chengdu-Ya'an section) of which is already complete, is expected to be ready by 2030.

Tourism is a critical piece of the CCP's larger plan for Tibet's border areas. It was little surprise when Xi, during his Tibet visit last year, stopped at Galai, a village that has ushered in "spring for Tibetan tourism" and now serves as a model for the border tourism project. The village famous for its "peach blossoms" has become "prosperous through rural tourism".

China is building over 600 border villages along Tibet's frontier, some in Indian and Bhutanese territory under its occupation.

Apart from spending billions on infrastructure development, China has used economic incentives, including annual subsidies going up to 12,000 yuan ($1,800), to get reluctant Tibetans to move to border villages. Growing earnings from tourism are one such incentive for people to move.

China's efforts seem to be working — the population of border areas has grown by 10.5 per cent, Wu Yingjie, the Communist Party secretary for Tibet, revealed in August, at an event marking the seventieth anniversary of the "peaceful liberation of Tibet."

India is developing model villages of its own along the frontier with Tibet in Arunachal. The Eastern Command of the Army has been working with the state government for the development of these villages.

Since then, India has also launched the Vibrant Villages Programme for the northern border. The centre has also allocated six times more funds for the development of border infrastructure in Arunachal.

These developments have been accompanied by a sharp increase in the budget for the Border Roads Organisation (BRO), responsible for the construction and maintenance of roads along India's frontiers.

India has built 2,088 km of roads in areas bordering China in the last five years with an expenditure of Rs 15,477 crore.

More recently, the centre has notified amendments to environmental impact assessment rules, exempting highway projects related to defence and strategic importance within 100 km of the LAC or the border from the requirement of environmental clearance.

Last week, Nitin Gadkari, the Minister for Road Transport and Highways, announced highway projects in Arunachal with a total length of 2,574 km and a total sanctioned cost of Rs 44,000 crore. This includes the frontier highway, which will connect regions along the border with Tibet.

-Tibet: Xi Jinping Tours Border Areas Close To Arunachal Before His First Visit To Lhasa Eight Years After Taking Over As President