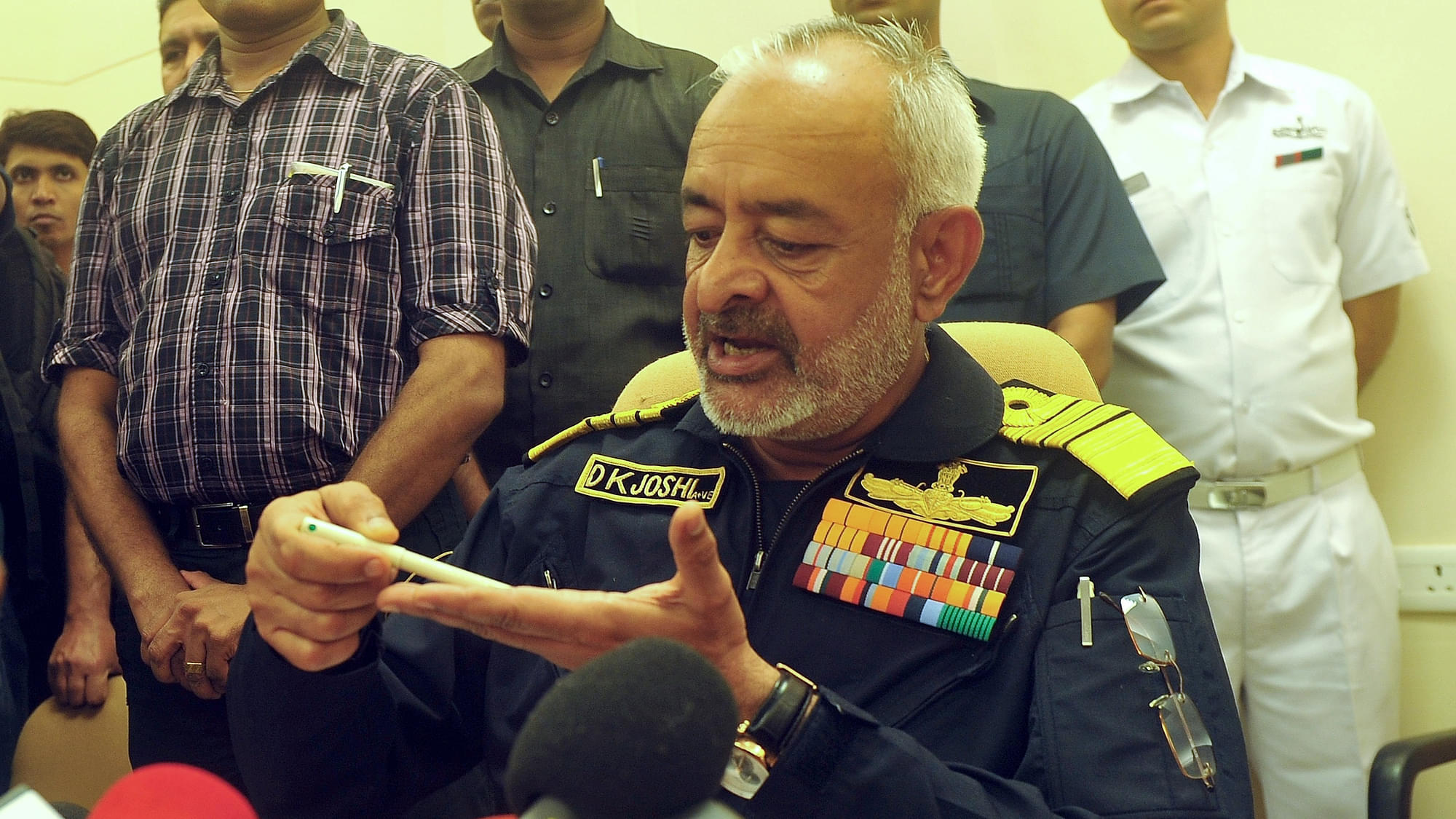 The appointment of ex-Navy Chief Admiral (Retd) D K Joshi as Lt Governor of Andaman and Nicobar Islands came as a pleasant surprise to security analysts in India. Many even claimed that there could not have been a better choice, in a way signalling yet another instance of great judgement by the Narendra Modi government when it comes to foreign policy. Yes, appointment of Joshi is indeed a strategic move made keeping in mind India’s maritime interest in its eastern waters and its desire to establish a robust military base in its easternmost territory. There are also speculations that the decision was part of the target given to the Navy to achieve its dominance in the Indian Ocean by 2020.

Admiral Joshi was in charge of the Andaman and Nicobar Command of the Navy before he took office as Naval Chief in 2012. In 2014, when he abruptly resigned from his post taking moral responsibility for a fire accident onboard INS Sindhuratna, he had remarked, "Where there is authority, there is no accountability. And where there is responsibility, there is no authority." Setting the past account straight, the government has now given him both the responsibility and the authority of making the island chain as a formidable frontline military post for India in the Indian Ocean Region (IOR).

The primary reason for acquiring a grip over the region is because of its vicinity to the maritime route leading to the Malacca Strait, with less than 500 km from Campbell Bay.

The Malacca Strait is among the most important and busiest waterways in the world. Over 60,000 vessels use the straits annually, including large tankers and cargo carriers making their way from Europe and the Middle East to East Asia. It assumes significance as around 40 per cent of the world trade and 50 per cent of energy trade pass through the straits each year. Naturally, China too has to heavily rely on the route.

Last year, China sent more warships and submarines to the IOR than ever before. The increasingly aggressive posture put up by the Chinese Navy in the region testifies its growing vulnerabilities and stakes in the region. In the wake of such developments, it is necessary for India to assert its authority in the region. More so when the US too looks to ease its presence and make way for India to take the lead role in the region. Only this June, the Navy was tasked with patrolling sea-shipping routes to the Malacca Straits.

The strategically located Campbell Bay, the southernmost point in the archipelago was hence commissioned with an airstrip in 2012 – INS Baaz to accommodate and maintain the Indian Navy’s larger reconnaissance aircraft like the P8I. Its sluggish development so far is believed to be due to a lack of cooperation between the three service wings of the Indian Armed Forces. Admiral Joshi’s appointment becomes prominent here, as he himself held the Andaman and Nicobar command when INS Baaz was commissioned.

In an interview post his resignation in 2014, Admiral Joshi had said, "Professional competence, domain expertise, accountability, responsibility and authority, these all reside in separate silos in different locations. While professional competence, accountability, responsibility is with the service, that is not the case with authority. And by authority, I really mean the power to approve something, empowerment to approve something or the other”.

With coming together of professional competence, domain expertise, responsibility and authority, Admiral Joshi now has the perfect platform to expedite India’s dominance over the region and the right combination of skills to achieve it.

With India’s military infrastructure and its impressive track record of ferrying as many as 3,000 ships since 2008 and largely eliminating pirates from the waters of the Gulf of Eden, the Malacca Strait Patrol (MSP) nations will soon find it expedient to make India part of the group. India already has the responsibility to secure the sea lane of communication (SLOC) west of Malacca.

Once India gets access to man Malacca Straits, it will not only have real-time data of commercial ships and naval platforms that are passing through the straits, but also information of any suspicious activities in the region – a strategic edge that New Delhi would love to have. Thus Admiral D K Joshi’s appointment is set to become a game changer for furthering India’s interests in the region. It is now up to the retired Admiral to deliver on this mandate.