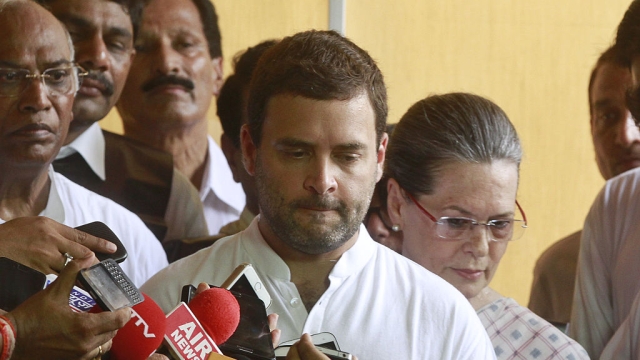 The National Democratic Alliance’s (NDA) silence on possibly one of the biggest defence deals has somehow led the United Progressive Alliance (UPA) to believe they have something to hide. A massive purchase of 36 Rafale fighter jets, a 7.88 billion Euro deal - one cannot possibly understand the contours of this deal at first glance. However, as the officials behind this deal refute and rebut each accusation that has come their way, the ambiguity eases and the facts emerge.

India, in 2015, announced to buy 36 twin-engine fighter jets for its Air Force from Dassault, the French aircraft builder and integrator. The current round of allegations are manifold ranging from the actual pricing of these aircrafts to why no prior permission of ‘Cabinet Committee on Security’ was taken by PM Narendra Modi and so on.

The Ministry of Defence (MoD) sources explain that the price of a single flyway Rafale aircraft in the 36 Rafale Inter Government Agreement (IGA) signed on 23 September 2016 works out to about 92 million Euros.

The total price of the deal--which also includes India Specific Enhancement (ISE) weapons package, simulators, PBL support spares, AMC of simulators for 10 years, GSE/ GHS etc. and maintenance support setups at both bases for both aircraft and weapons and training of IAF pilots and engineers--is around 7.88 billion Euros.

When asked why the government is not disclosing the purchase price details, MoD officials revealed that the IGA signed on 23 September 2016 has a non-disclosure clause, which has been drafted in accordance with the provisions of the ‘Security Agreement’ signed by the UPA government with France on 25 January 2008.

“Disclosure of the exact item wise price will not only result in revealing the details of the purchased package but would also be in violation of non-disclosure agreement signed by the MoD,” they said.

“The France Minister’s concerns stems from the fact that our adversaries could benefit from the item-wise price disclosure in a sense that it would reveal the exact weapons and quantities being purchased. It would also violate the NDA signed by MoD/IAF with Dassault Aviation,” they added.

It was further alleged that another country, Qatar, purchased 12 Rafale fighter jets in November 2017 for US $ 108.33 million per aircraft (Rs 694.80 crores) as per current exchange rates. If this is correct than why has Modi government paid such a high price for Rafale aircrafts?

Rubbishing all such claims and calling them “grossly incorrect” the officials said that firstly, the tender was opened on 04 November 2011 and not on 12 December 2012. Secondly, the MMRCA Contracts Negotiation Committee (CNC) had determined the per flyway Rafale price at around 102 million Euros.

They added that the CNC constituted to negotiate 36 Rafale IGA, had clearly brought out in its report that the price finalised for the 36 Rafale procurement is better than the price fixed in both Egypt as well as Qatar deals.

“Egypt bought 24 aircrafts for Euros 5.2 billion. For same number of aircrafts, Qatar Air Force has paid Euros 6.3 billion. Clearly both the countries have a price which is much higher than India,” he added.

Another question being asked is why Rafale? When Rafale and Eurofighter Typhoon, both aircrafts were found equal on all technical requirements by Indian Air Force, why is it that the government went in for Rafale?

In fact, On 4th July 2014, the German make Eurofighter Typhoon even gave a written offer to the then Finance Minister, Arun Jaitley offering to reduce prices by 20 per cent. Why did PM Narendra Modi and Defence Minister then not ask both companies to submit fresh bids through ‘inter-governmental agreement’ route and get the lowest price.

Officials said that EADS which had offered Eurofighter Typhoon, emerged as the L2 vendor on 31 January 2011 in the MMRCA procurement process.

“Barely 10 days after that, EADS had submitted an unsolicited letter to the UPA Government claiming to provide 20 % discount on certain lines and not on their entire offer. The MoD at that stage took a decision not to consider the offer as it was seen as incoherent and not adding up,” the officials said adding that even the DPP does not permit submission of any counter offer by the L2 vendor.

And it was for these very reasons, the officials said, the then UPA government’s Raksha Mantri AK Antony had decided to not take into cognisance the offer of EADS.

The same offer which was earlier rejected by the UPA government in 2011, was again made to the MoD in July 2014.

As per Appendix C of DPP 2013 “BROAD TIME FRAME FOR PROCUREMENT ACTIVITIES”, approval of the CCS is to be obtained after finalisation of the CNC Report and Offset Contract and just prior to the signing of the contract.

“Exactly the same process was followed. The CNC Report and offset contract were finalized in July 2016 and after CCS approval in August 2016, the IGA and supply contracts were signed on 23 September 2016,” they added.

Asked why was the government PSU-HAL-superseded for a Rs 30,000 crore ‘offset contract’ in favour of a private company despite the fact that HAL had already signed a ‘work share agreement’ on 13th March 2014 with Dassault Aviation, officials said the work share agreement dated 13.03.2014 being quoted here had nothing to do with offsets.

On the contrary, they said that the offset contract finalised with Dassault Aviation for 126 MMRCA deal had the names of the IOPs mentioned and HAL’s share in it was almost negligible.

Further, as per the Defence Procurement Procedure (DPP), any Original Equipment Manufacturer (OEM) is free to select its Indian Offset Partners (IOPs) to discharge offset obligations.

“Dassault Aviation’s decision to form Joint Venture with an IOP of its choice is, therefore, fully compliant with DPP. The Offset Regulations under DPP 2013 are in continuation with what was introduced by the UPA government in DPP-2007. There is no change in the rule position for selection of IOP from 2007 to 2013.”

A ‘Centre for Land Welfare’ report published in 2013 has details of 20 offset contracts signed between 2007 and 2014. The same process was followed by all OEMs in the selection of their Indian partners for discharge of offsets.

Thus, the NDA seems to have a befitting reply to each claim of the UPA but one still wonders where the country is headed for as long as the two remain at loggerheads, all good deals will be impaired with politics.