Why The Critics Of The Military's Agnipath Recruitment Scheme Are Wrong 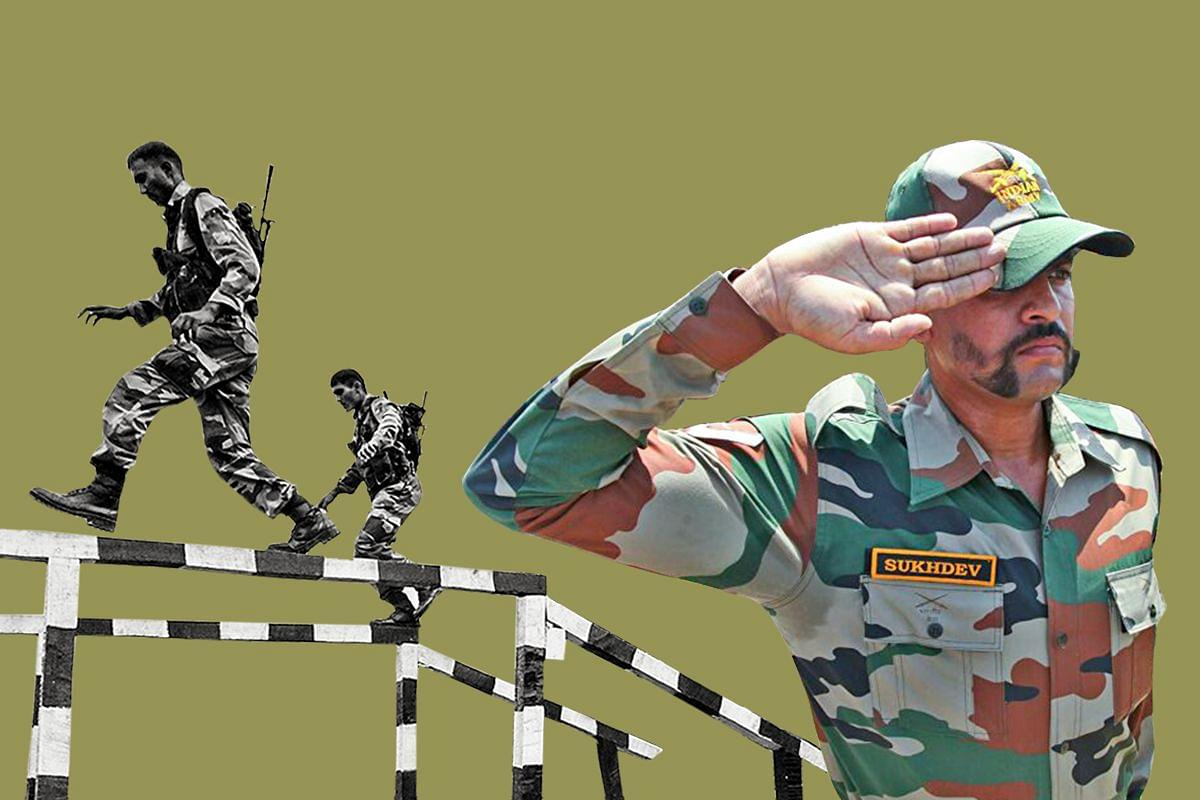 The military's new Tour of Duty recruitment scheme (now named 'Agnipath'), which had been in the making for over two years, has finally been launched. But the launch has come amid a barrage of criticism, mainly from veterans and also some policymakers, who have argued that the scheme would be unjust to new recruits and will blunt the military's ability to deal with the security threats the country faces.

Irrespective of what was said at the presser after the launch of the scheme, the main aim of the new recruitment policy is to prevent the pensions budget of the military from ballooning further — it makes up almost a quarter of the country's defence budget currently and is, at least in part, the reason behind the meagre modernisation spend.

The problem has been festering for decades. The share of pension in the defence budget was at 19 per cent in 2012-13 and grew to 26 per cent in 2019-20. The result is that the budget allocation for capital expenditure falls short of resource projection by the armed forces year after year.

This is perhaps the first time a serious attempt has been made to arrest the slide. But as is the case with every attempt to reform the armed forces and higher defence management, this too has faced stiff resistance. While the three services now appear to be on board, many veterans have continued to oppose the new recruitment scheme.

One of the often-repeated criticism is that the scheme would not do justice to the soldiers who are recruited through it. However, the fact is that those who join through this scheme would be volunteering for service, knowing fully well the terms of their employment. On day one, they would be making more than what a majority of engineering graduates in India do.

Moreover, as the chiefs of the three services clarified, the soldiers who exit after four years would get a certificate for their skills and credits, which could be used for further education. Along with the Rs 11.7 lakh tax-free 'Seva Nidhi' and the experience of serving in the armed forces, this would put these soldiers ahead of many of their peers across the country, a large number of which would end up unemployable with mostly worthless degrees.

Some have rightly pointed out that the prospect of long-term service and pension attracts those who want to escape the cycle of poverty to join the defence forces. This is not to say that the armed forces, by design, attract only those from poor backgrounds. But the fact that many soldiers — personnel below officer rank — in the Indian Army, Indian Air Force and Indian Navy come from underprivileged backgrounds can't be ignored.

However, the new recruitment scheme does not alter this calculation for most. With Seva Nidhi and good prospects of a new job, including priority in paramilitary forces and other government departments, these soldiers would still have a decent shot at escaping poverty. Instead of being disadvantageous, the scheme would widen the recruitment base by opening doors for those who need a leg up but do not necessarily want to serve in the defence forces for an extended period.

The other argument that has found traction among the critics of Agnipath is that the scheme would adversely affect military capabilities. While only time will tell what it does to capabilities, it is a mystery how the naysayers have already concluded that the new scheme would compromise the competence of the defence forces.

Political bias would explain some of the criticism, but there are a few questions one must ask without falling into that trap. For instance, how have countries like Israel, which has a conscription-based model of recruitment and service duration(s) shorter than the one under Agnipath, managed in a difficult neighbourhood with existential threats until recently?

While Israel has to contend with a demography problem, India has to escape the pensions trap. But many would rightly point out that Israel faced technologically inferior and poorly trained adversaries in the Arabs, while India faces a rising global power that is at least technologically superior in almost every military realm. But India is also unlikely to face an all-out invasion of the kind Israel had to deal with in the 1960s and 1970s.

What India is more likely to see is high-intensity, short and swift skirmishes and wars with China in the Himalayas, and the side with better access to emerging technologies is likely to come out on top.

For it to have access to these technologies, the Indian military would need more funds than it currently has for modernisation.

Moreover, it can be argued, and the Ministry of Defence has said this officially too, that the youthful profile of the military that the Agnipath scheme offers would make integration of new technology easier.

Interestingly, some veterans critical of the Agnipath scheme have linked Russia's poorer than expected performance in Ukraine to its use of conscripts and suggested that the new recruitment policy could lead to a similar situation in India. This is wrong on two counts.

One, the Agnipath scheme is not a conscription mandate. The Agniveers selected under the scheme to serve in the Indian military will be volunteers like before. Moreover, just because Agniveers will join for four years does not automatically mean that they will be unwilling to fight and take risks. Are Short Service Commission officers less willing to fight for paltan ki izzat than those who join the services to serve for decades?

Two, Russia's failures in Ukraine have little, if anything, to do with it sending conscripts to fight in the war. Those using this argument conveniently forget the fact that Ukraine, too, has conscripted men to fight Russia. While the fighting in Ukraine has lessons for India and others, it has been incorrectly used as evidence against the Agnipath scheme.

Some policymakers and veterans worry that the Agnipath scheme would lead to a loss of institutional memory. This fear, however, is exaggerated. The new recruitment scheme is limited to personnel below officer rank — the officer brass can ensure the continuation of institutional memory. It is also pertinent to mention here that the military will retain a large chunk of regular soldiers under the new arrangement. Up to 25 per cent of soldiers from each batch will have the option to enrol in the regular cadre.

While some of the criticism of the scheme, even if unseemly, is in a constructive spirit, many veterans have gone too far with it. It is no surprise that very few critics have suggested practical solutions to the problem of the burgeoning defence pensions budget — running down a new policy and resisting reform is always easier. From resistance to the creation of the post of Chief of Defence Staff to the opposition to theaterisation, we've seen this playbook used too often to fall for it now.

Agnipath is untested and may need changes in the future — few policies are perfect in their first avatar. But it is neither "polluting paltans" nor a "death knell" to the armed forces. Exaggerated and unfair criticism of Agnipath must be called out in the interest of reforms and modernisation.