In defence of inequality in India 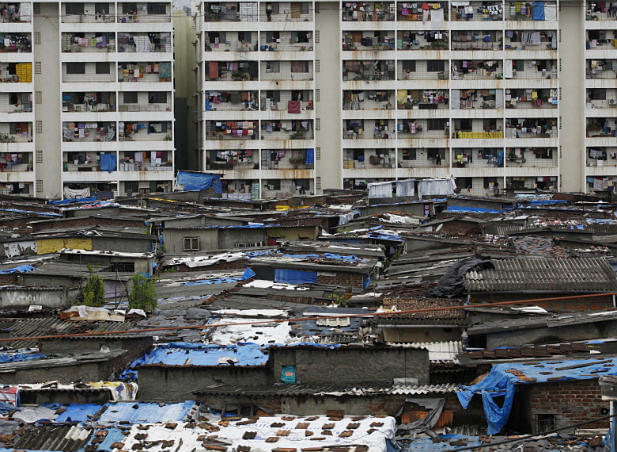 In the days of Nehru and Indira Gandhi, when India was wedded to socialism at home and the sanctimonious humbug abroad, western reporting about India was largely unsympathetic, notwithstanding an occasional nod to the democracy we shared in common. Back in those days we were convinced that such reporting owed much to the colonial mindset still to come to terms with the loss of a prized asset. (Another popular theory had to do with a vivid imagination and an omnipresent “CIA hand.”)

It was to change in the decade after economic reforms began in 1991, when the Indian economy took off into a higher orbit, and there was a growing sense that this country had finally ceased to be weighed down by its past. The West came to see India as a market and as a potential counterweight to the Chinese whose own rise to superpower status evoked mixed feelings.

And then, when the economy was going great guns, when the buzz about the India growth story was at its peak, there was a shift in emphasis that went largely unnoticed. For once, Western journalists reporting from India ended up saying exactly the same things as their Indian counterparts. More and more of stories about India in the international media began to pay homage to the two Indias. One was urban and modern and wired into the global community; the other was quite the opposite, rural and backward, insulated from and impervious to the world outside. (On occasions, there was a hint of a world where mysticism ran deep and time stood still.)

To Western journalists troubled by growing inequalities in India and who see it as a failure of the larger development process, I have some questions to ask.

Just as there’s widespread inequality within a country like India, there is also inequality at the international level between one country and another. In fact, the differences are staggering—when measured by per capita GDP the richest countries are nearly 200 times better off than the poorest. Now, would poverty in, say, sub-Saharan Africa, be any less if America or Britain or France was poorer? Does sub-Saharan poverty have its causes or origins in the affluence of the Western world? Is there less hope of a brighter future ahead in sub-Saharan Africa because the rich western countries are becoming richer? Indeed, if anything, the answers to these questions suggest that the truth is the other way round, that if the US had been poorer, poor countries would be poorer still, losing out on an important market for their exports and having to make do with less of aid and the helping hand.

In the aftermath of decolonisation, there was a time when third world poverty was blamed squarely on the former colonial masters but this idea holds water no more. To begin with, it was not as if before colonisation people in these parts were rolling in wealth. And then, the patchy record of the former colonies in terms of their subsequent economic achievements—Asian tigers at one end and much of Africa at the other—indicates there is more to it than merely apportioning blame among former colonial powers.

Besides, we have the example of China, now acclaimed as an economic powerhouse and the manufacturing capital of the world. Indeed, China’s recent achievements are colossal but in essence can be summed up in one sentence. Never in human history have so many millions been liberated from poverty in so short a span of time. And key to this remarkable achievement is the part played by the U.S. as a huge, hungry market, capable of absorbing almost everything the Chinese strategy of export-led growth threw at it.

Clearly, the wealth of nations is not a zero sum game where rich countries become richer only by impoverishing the poor countries. America’s prosperity gave rise to the market while China’s relative backwardness gave it the edge of lower costs. China’s communists could well have sat back and railed against imperialism and other inequities of the world order as Cuba’s Fidel Castro did, and they would have been no better-off for their efforts. Instead, they chose pragmatism, spotting an opportunity in their country’s very backwardness to position themselves as a low cost manufacturing base. Once they got going, there was no looking back.

I’m now ready to stick my neck out with the claim that but for the US, China today would probably be where India is.

The latter inequality sharpens when the economy grows at rates faster than ever before, where creators of wealth are given their due share and where the wealthy are no more those who were born into it but increasingly those who created or contributed to its creation, and where the concept of wealth itself changes to encompass knowledge and skills and valuable ideas that command a price in the market. At this point, inequality ceases to be a problem. Instead, it becomes a signal that things are on the mend.

Okay, once we accept that there are no instant solutions to poverty in the manner and style of a magic wand, it would follow that practical solutions to poverty can work only in parts and in patches. Therefore, it is perfectly in order for a section of society to benefit in the first instance, even as others appear to get left behind. However, because it’s all part of a continuing work-in-progress, this is true only for the time being. It is not long before those who were initially left behind progressively become part of the process. Over time, steadily and surely, even they stand to benefit and move ahead.

Take the example of a busy road now rundown with potholes. The civic authorities want it repaired but they do not want to shut down the road. So, they begin by blocking off a section of the road, maybe half of the width, and then get down to work on this section first. Once complete, it is thrown open to traffic while the next section is blocked off. This is the practical way to get going with the task.

Here’s the catch. A reporter from a local daily arriving at the scene midway would be struck by how one half of the road is of world class standards while the other half continues to vie with the worst of the third world. Conceivably, he can file a story about how current road repair policies have thrown up stark inequalities. But then, as observers from the sidelines, we would know he’s shooting from the hip because there is no better way to repair a busy road.

Likewise, in the real world, the economy is something like a busy road we are not at liberty to shut down and where there is no reset button that would allow us to build our way up from scratch in the exact way we would like it done. The improvements have to be carried out painstakingly, section by section, patch by patch.

The experience of Vietnam, in this context, is telling. For long ruled by its Communist Party along orthodox lines, this country began its own economic reforms in the mid nineties, a little after India and much later than the Chinese. In the days prior to reforms, Vietnam was overwhelmingly a bicycle economy (like the Chinese under Mao). Visitors to Vietnam were struck by how the entire country moved on bicycles with almost everyone owning one. And then, a little over a decade after reforms began, the country was transformed with bicycles making way for motorcycles.

What would a journalist have said if he had chanced to visit Vietnam in the early years of the reform process, say, three or four years into its start? Here’s my guess. He would have noted that most Vietnamese continued to use bicycles as before but a tiny elite had profited so much that they could now afford the luxury of motorcycles. And from this factually correct observation, he would likely drift to a conclusion that economic reforms in Vietnam have hugely benefited the elite while leaving the vast majority untouched. But today, having seen Vietnam transformed into a motorcycle economy, we would know that even as the reporting was accurate, the implicit conclusion, true for that moment of time, was actually way off the mark.

Coming to India, even as we concede the point that there are two Indias, it bodes well to recall those days when there was only one India, all of it uniformly bleak. This was the India where the economy grew at the derided “Hindu rate of growth”, where a telephone connection took years to manage, where you waited six, seven and more years for a scooter with an exaggerated reputation for quality, where businesses required licenses in order to get started and  additional licenses to produce more than what they were “licensed” for, where the marginal rate of income tax was once above 90 percent with (no surprise) little revenue flowing into the government coffers, where foreign exchange was always referred to as “precious” and consequently came with all manner of controls on its outflow, only for the country to be perennially hand to mouth… the full list is very long.

If you have a child who is not very bright, would you prefer to have him sit in a class where everyone else shares his mediocrity? Or, would you rather have him interact with bright and smart students in a disparate class? When you run into people of superior intellect, do you come back from the encounter with a feeling of resentment that someone should be so much smarter than you are? Or, do you feel that even as you fall short of their standards, you can now rise above the level you now find yourself in? In a time of famine, if you have the unhappy choice between starving in a village where everyone else is starving, or of starving in a village where a few are wealthy and have more than enough to eat, where would you better trust your chances of riding out the famine?

Inequality is just not the big issue it’s made out to be. On the contrary, it is the irrational, ill-thought out response to it that gives rise to real problems, as when it takes the form of flawed policies that play up redistribution of wealth while downplaying the creation of wealth and denying due credit to the creators. These policies have had the perverse effect of ensuring the poor remain poor for far longer than what was necessary. In the meantime, in the great race among the nations of the world, India went on to take a place among the stragglers, among the also-rans.