India Should Tweak Its FAME 2 Policy On Electric Vehicles 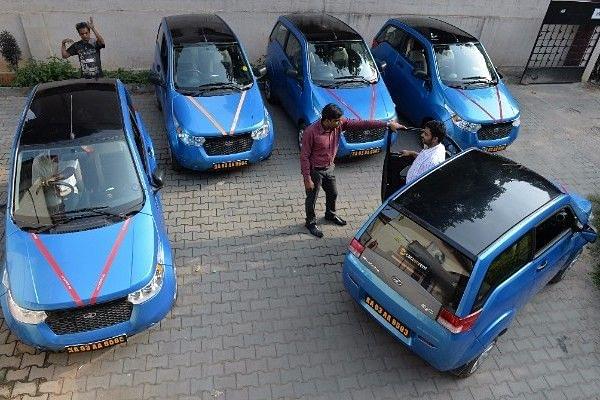 Last month, sales of electric vehicles halted as new norms needing re-certification of all existing vehicles under the second phase of Faster Adoption and Manufacturing of hybrid and Electric Vehicles (FAME 2) scheme came into force.

The Economic Times reported on 30 April that popular, low-powered two-wheeler electric vehicles (EVs) have become costlier with the implementation of FAME 2 due to withdrawal of subsidy.

The battery-led subsidy means the higher powered more premium products qualify for the subsidy and the local content stipulations leave out many smaller players who were importing CKD kits from China and Taiwan and assembling locally.

Only lithium-ion battery electric vehicles are eligible for subsidy under FAME 2.

The financial daily, quoting Sohinder Gill, Society of Manufacturers of Electric Vehicles Secretary-General, reported that April was a washout for sales of EVs. This month, too, sales will be poor and things are expected to look up only from August.

Another feature of FAME 2 is that it offers incentives for electric buses, three-wheelers and four-wheelers used for commercial purposes.

The allocation of financial resources under FAME 2 will mean that purchases of about 7,000 electric buses would be incentivized to the extent of Rs 3,545 crore, while another 20,000 hybrids would get incentives totalling Rs 26 crore. Purchase of at least 35,000 four-wheelers will be incentivized to the tune of Rs 525 crore and some 500,000 two-wheelers procurement will get incentives totalling Rs 2,500 crore.

The incentives will be given at the rate of Rs 10,000 per kilowatt (kW) for all vehicles based on their batteries size. However, state transport corporations will get Rs 20,000 per kW to encourage more purchases of electric buses.

Given the sales trend of EVs and the policy push of the Government, Innovation Norway has projected that by 2026 around 10-12 million EVs could be on Indian roads.

However, one of the lacunae of FAME 2 is that subsidy for vehicles depends on the size of the rechargeable battery. The problem is if you want an EV to cover more distance after being fully charged every time, its battery has to be larger or of higher wattage.

The larger the battery, the heavier the vehicle. This, in turn, affects the vehicle’s efficiency and optimal use of the stored power. In addition, traffic is a problem in India slowing down the average speed of vehicles and thus affecting the mileage.

Battery costs make up at least 50 per cent of an electric vehicle’s costs. Therefore, a vehicle with a battery that gives more mileage will be costly too. This will put EVs out of the reach of the common man and thus defeat the objective of the government in promoting them.

For example, a battery pack of a kWh costs $190-205 in the US. The battery pack in a Tesla car could be 85 kWh that could give a range of around 600 km but it will add over 500 kg to the weight of the car. The cost of the battery pack is pushing up the price of Tesla cars.

In India, very few can afford such high costs for an EV. According to Ashok Jhunjhunwala, India’s pioneering research scientist in EVs and a professor in the electrical engineering department at IIT, Madras, the main drawback with FAME 2 is giving subsidy based on battery size, for then only a few people will opt to purchase EVs, definitely not as many as the Government would want to.

In addition, a heavier car in India means slower movement at higher temperatures leading to non-optimal usage of battery power. Moreover, this will make the operation of an EV uneconomical.

In an interview to Swarajya, Professor Ashok Jhunjhunwala said that the central government should look at battery swapping as a solution to cutting vehicle costs, reducing the vehicle’s weight and ensuring optimal use of battery power.

The system of battery swapping works like this: when someone wants to buy an EV, s/he buys it without a battery; like the gas cylinder we buy for our homes, the vehicle owner can opt to fit the vehicle with a battery available from any company that participates in the swapping system. The vehicle owner will then pay only for a charged battery that can be swapped at any another service centre. Thus, the owner can operate a vehicle without actually owning the battery fitted in it.

This will not only result in the owner buying a cheaper vehicle but also help in his/her mobility and allow them to travel without worrying about the battery running dry in the middle of a journey.

Professor Jhunjhunwala is of the view that such an approach will result in smaller batteries being produced and the vehicles would become more efficient. In addition, the entire EV system will become more economical.

Also, a centre running a battery swapping service will charge the batteries at the most ideal temperature, in air-conditioned rooms. In India, a battery could be charged at 45 degree centigrade at some places, thus killing the battery itself!

Bryce Gaton, an expert with the Australian Electric Vehicles Association, says just 17 parts in an EV replaces an internal combustion engine (ICE) with over 400 parts.

Over a period of time, economies of scale can be achieved resulting in lowering the costs of EVs. EVs also need less servicing and require no value-added consumables like the ICE does. EVs not only improve our environment but also save precious foreign exchange spent on importing fossil fuel. Though costs seem prohibitive now, the situation is expected to ease later.

What is needed is a change of perspective in providing incentives to promote the use of EVs. The current incentives in FAME 2 are based on their battery size; however, there are other better options like battery swapping.

Under such circumstances, it would be prudent for India to revisit the FAME 2 policy to promote battery swapping, which would make the vehicles cheaper, lighter and more economical to use on a large scale.