No Such Thing As Trickle-Down Economics; Sound Economic Policy Provides Opportunities For All 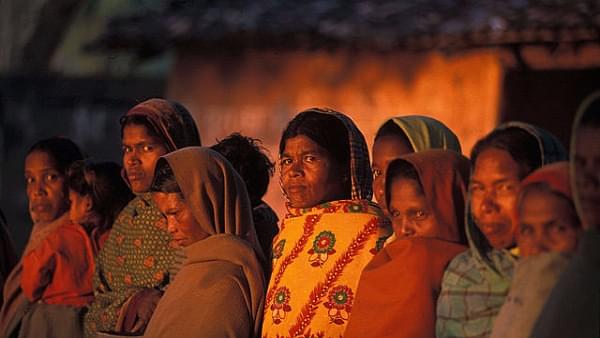 Critics of liberalism and the market economy have made a long-standing habit of inventing terms we would never use to describe ourselves. The most common of these is “neo-liberal” or “neo-liberalism,” which appears to mean whatever the critics wish it to mean to describe ideas they don’t like. To the extent the terms have clear definitions, they certainly don’t align with the actual views of defenders of markets and liberal society.

Another related term is “trickle-down economics.” People who argue for tax cuts, less government spending and more freedom for people to produce and trade what they think is valuable are often accused of supporting something called “trickle-down economics.” It’s hard to pin down exactly what that term means, but it seems to be something like the following: “those free market folks believe that if you give tax cuts or subsidies to rich people, the wealth they acquire will (somehow) ‘trickle down’ to the poor.”

The problem with this term is that, as far as I know, no economist has ever used that term to describe their own views. Critics of the market should take up the challenge of finding an economist who argues something like “giving things to group A is a good idea because they will then trickle down to group B.” I submit they will fail in finding one because such a person does not exist. Plus, as Thomas Sowell has pointed out, the whole argument is silly: why not just give whatever the things are to group B directly and eliminate the middleman?

There’s no economic argument that claims that policies that themselves only benefit the wealthy directly will somehow “trickle down” to the poor. Transferring wealth to the rich, or even tax cuts that only apply to them, are not policies that are going to benefit the poor, or certainly not in any notable way. Defenders of markets are certainly not going to support direct transfers or subsidies to the rich in any case. That’s precisely the sort of crony capitalism that true liberals reject.

What the critics will find, if they choose to look, is many economists who argue that allowing everyone to pursue all the opportunities they can in the marketplace, with the minimal level of taxation and regulation, will create generalised prosperity. The value of cutting taxes is not just cutting them for higher income groups, but for everyone. Letting everyone keep more of the value they create through exchange means that everyone has more incentive to create such value in the first place, whether it’s through the ownership of capital or finding new uses for one’s labour.

In addition, those of us who support such policies don’t want to “give” anything to anyone, whether rich or poor. When people talk about tax cuts as “giving” something to someone, they implicitly start from the premise that everything belongs to the government and we are only able to keep some for ourselves by its indulgence of us.

Aside from the fact that rights are not what government gives to us but what we already have that it should, in theory, protect, the only reason government has any revenue in the first place is because it was taken through taxation from those in the private sector who created it. The government doesn’t “give” us tax refunds; it simply refrains from taking more of what we created through a mutually beneficial exchange in the first place.

However, there is one small grain of truth in the “trickle down” idea. One of the key reasons that modern Westerners, including poor ones, live so much better today than at any point in the past is because our ability to combine our labour with more and better capital has driven up our wages and driven down the cost of goods and services. The accumulation of capital by some does contribute to the enrichment of others as that capital makes workers’ labour more productive and thus more valuable.

That historical truth is not a justification for directly subsidising the current owners of capital. Contrary to what thinkers like Thomas Piketty appear to believe, merely possessing capital does not ensure a flow of income. It is not ownership of capital per se that benefits others, but the ability to deploy capital in ways that create value for consumers. That is why reducing the tax and regulatory burden on everyone is so important: anyone can come with new ways to create value and potentially enrich themselves and others in the process.

The key is not transferring funds to the currently rich, but ensuring the most competitive economic environment possible so that those with the better ideas can put them into practice. The current owners of capital should not be able to lock in their position by using the political process to enrich themselves by legislation that specifically benefits themselves.

As Hayek observed in his defence of competition:

[I]t is by no means regularly the established entrepreneur, the man in charge of the existing plant, who will discover what is the best method [for efficient production]. The force which in a competitive society brings about the reduction of price to the lowest cost at which the quantity salable at that cost can be produced is the opportunity for anybody who knows a cheaper method to come in at his own risk, and to attract customers by underbidding the other producers.

Today’s owners of capital do not have all of the answers, and the way to ensure the best result for everyone, especially the least well off, is to give everyone the freedom to enter and exit the market and to have the maximum incentive to do so by enabling them to keep the fruits of their successful value creation.

No serious economist believes the lives of the poor are improved by wealth being transferred to the rich and then “trickling down” to the poor. What economics does tell us is that wealth has to be created first and foremost. You can’t transfer something that does not exist. Wealth creation is most likely to happen when people are able to innovate without permission and put their ideas to the market test.

This process of market-tested permissionless innovation will indeed make some people rich, and it will make some rich people poor. What it also does is to drive the creation of value across entire societies, raising the standard of living for all of their inhabitants.

The momentary snapshots of rich and poor are not the categories that matter for sound economic policy. Wealth does not “trickle down” from rich to poor. It is created by all of us when we develop new ideas, skills and products as either workers or owners of capital.

The way to help the poor is to maximise our freedom to create and keep value through the unhampered market economy. The answer is not giving handouts to those who, momentarily, occupy the group we call “the rich.” And history tells us that the improving standard of living for everyone that results from more economic freedom will be more of a flood than a trickle.

This piece was first published on The Foundation for Economic Education and has been republished here with permission.

Steven Horwitz is the Charles A. Dana Professor of Economics at St. Lawrence University and the author of Hayek’s Modern Family: Classical Liberalism and the Evolution of Social Institutions.