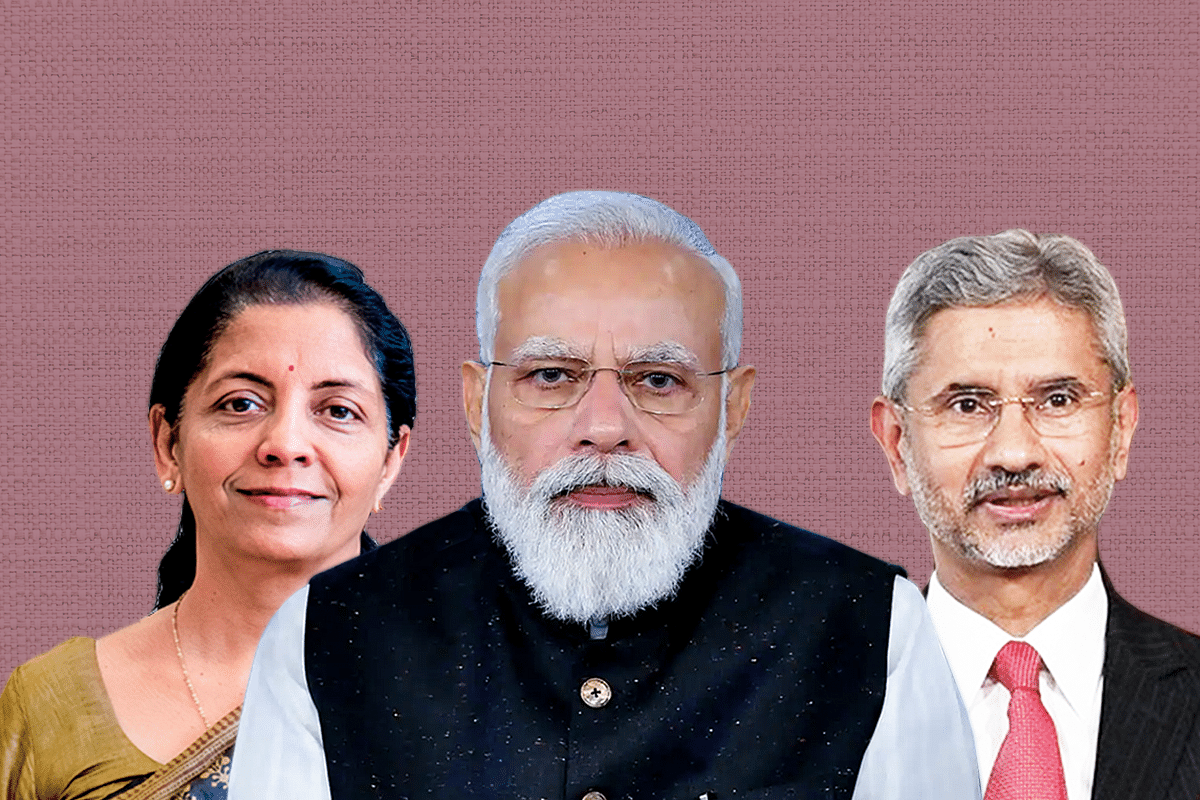 In the history of independent India, no Finance Minister has faced the unique challenge of three consecutive budgets across three consecutive years going for a toss before Nirmala Sitharaman in 2020 when her budget was put on a nationwide lockdown in the wake of a pandemic.

In 2021, the Delta wave and the subsequent Omicron wave dented the prospects of her otherwise on-track V-shaped recovery.

Sitharaman's strongest challenge came in 2022, when Russia invaded Ukraine days after the budget was released, resulting in the oil calculations going haywire, from $70-$75 a barrel to more than $120.

External Affairs Minister Dr S Jaishankar faced another set of diplomatic challenges in the wake of the crisis in Ukraine. India has only begun discovering trade and military closeness to the West, and therefore, to let go of a strategic partner, one critical to India's defence imports, was not an option on the table.

In the early days of the invasion, India was pressured to denounce Russia and snap all trade and diplomatic ties as the Europeans were promising. Better sense prevailed, however, with Jaishankar, in his charismatic fashion, reminding the West, time and again, that India would deal with each nation on its terms.

The Russia-Ukraine crisis has added to the inflation woes across the world, complemented, at the worst possible time, by the Covid-zero lockdowns in China and the resulting supply chain crisis. The slowdown comes with the central banks across the world tightening the liquidity taps to curb inflation resulting from the sudden spike in prices of key commodities, especially wheat, corn, barley, sunflower oil, and palm oil crude. Prices of sunflower oil, for instance, have gone by four times.

Therefore, the government needed to stress the importance of securing its energy interests, which it did on two separate occasions.

Sitharaman, at an event in Mumbai, stated that if the supply was available at a cheaper price, why should India be wary of making a purchase.

As per the news reports, Russia has become India's second-largest oil exporter, trailing Iraq and pushing down Saudi Arabia at three. From constituting less than 2-3 per cent of India's oil imports in 2021, Russian oil made up 16 per cent of it in May 2022.

To steadily increase the import of oil, even in the face of mounting Western pressure against Russia, amounts to a critical victory for Jaishankar. As the Eurozone toughens the sanctions against and prepares to decouple from Russian energy, the Finance Ministry could be in the position to serve as one of the new buyers for Russian crude, along with China.

Even as the Russian share in India's oil imports lingers below 20 per cent, increasing it from less than 2 per cent a year ago is no mean feat. An underrated victory for the Modi government as crude-drive inflation rages through global markets.