The Fallacy of "Reforms with a human face" 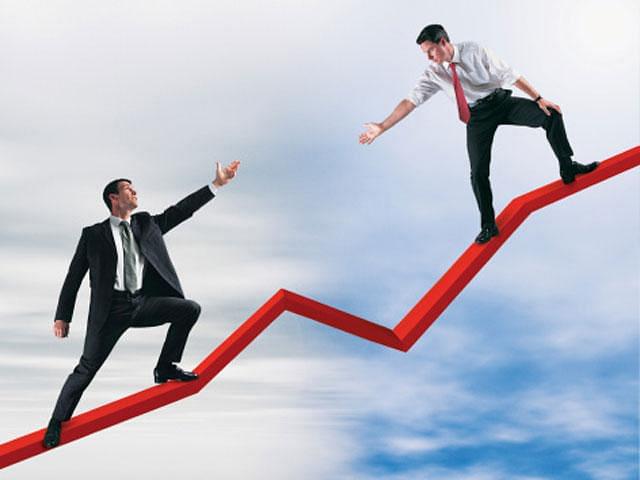 Even in the days when the hype about the India growth story was at its peak, when India was talked about in the same breath as China, I was deeply skeptical about the durability of the India story. No, this is not a statement with the benefit of hindsight now that the “story” has turned out to be just that.

Indeed, my deepest grudge against the idea of India becoming a superpower anytime soon is that at the best of times we are reformers by force of circumstance, say, pressure from sustained non-performance leading to a breakdown (1991), or due to external demands you can’t say no to (WTO, for instance). We have never been reformers by conviction or by choice. And then, there was the course that economic reforms had taken since the UPA came to power in 2004, which is to say there were none.

Along the way, the national consensus veered around to an oxymoron called “reforms with a human face” which later became “inclusive growth”. The emphasis was on minimising the inevitable pains from the process of transition to a market driven economy. In practice, it meant going slow with the whole process. Occasionally, it was a sorry excuse for inaction.

Between those who oppose reforms, those who support it, and those who want a human face to be put to it, what does it all mean for India? Here’s a story I’ve just made up.

Imagine you become the Electricity Minister in a state where the Electricity Board is dysfunctional and where the government-owned infrastructure for electricity generation and supply has been run into the ground. There are all kinds of problems afflicting the system. Power cuts are frequent—on a typical day people go without power for up to eight hours. There is rampant theft of electricity, and a host of other issues such as low voltage and wide fluctuations in the supply. In fact, a lot of things are wrong (or perhaps were never right to begin with).

Soon after you take charge, your top bureaucrat walks in with a look of extreme hesitation on his face. His story is straight out of a fairy tale. Apparently, he has come into possession of a magic electricity wand with unique powers to set things right. One full, sweeping wave of this wand and all electricity related problems would be solved for good. No more power cuts, assured voltage for all customers and accurate metering with no scope for theft at all.

It sounds too good to be true, more like cock and bull. And so you say this to his face, “You don’t half believe it yourself, do you?”

“On the contrary, sir, I am fully convinced about it,” he says. “I too was sceptical to begin with, but not anymore… not on this account anyway.”

“Hmm… why are you so hesitant, then? If this actually works, it would be the answer to all my prayers, the perfect solution to all my problems.”

The power secretary shakes his head. “Not so easy. I fear we may end up creating a whole new set of problems.” And with the thoroughness of an efficient bureaucrat, he goes on to list out the problems that would arise.

To begin with, the country has built a booming industry around power shortages and fluctuations, with manufacture of generators of various sizes and capacities, voltage stabilisers, UPS systems, invertors etc. The industry also gives employment to tens of thousands on the sales and service side.

Then, there are companies, so-called blue chips dear to the stock markets, who have already invested huge sums in building captive power plants, money which would now go up in smoke.

Finally, the problem of electricity theft that is so common among farmers in the rural areas and in the urban slums and beyond. “How would the minister’s party react if he were to cross swords with such a large constituency of voters?”

You, as the minister, are only too human. The last point about inviting the wrath of your party and your electoral base clinches the argument. The wand stays under lock and key. And the state continues to plod on as before with its creaking electricity infrastructure. The story ends here but if you can shut out the element of fantasy, there are useful parallels with reality.

Some people oppose economic reforms at all costs. Left to themselves, they would have the wand thrown far out into the sea. Typically, they are the unrepentant left who have learnt nothing from the collapse of communism and forgotten nothing. They claim to speak for the poor but their real loyalty is to their ideology. And so, they are bothered only about the path to be taken and not the destination. Fortunately, this class is well on the back foot these days.

The other side of the argument belongs to the impatient reformers in-a-hurry. In their hands the wand would be waved with a flourish in a full, sweeping arc. They believe in getting it over and done with so that once the birth pangs are over, the country can move ahead with economic growth leading the way out of poverty and backwardness. They know that some would suffer, but they also believe that the likely harm to a few cannot be allowed to hold back a better life for so many more.

The third attitude is that of the cat on the wall. These are the fence-sitters who have grudgingly accepted the need for economic reforms. But they are also mortally afraid of antagonising any section of people with a say in the electoral arithmetic. Their primary loyalty is not to their country and its long term prospects but to their own electoral prospects. And they don’t want to rock the boat in any way. At the same time, because they understand the benefits of economic reforms and its ability to deliver a better life for most people, they also want reforms to go ahead. But left to themselves, reforms will be a hesitant, drawn-out process with one backward step at every point of resistance. In their hands, the wand would be waved very slowly, almost imperceptibly, so that reforms deliver slow, unspectacular results. And so, a state accustomed to eight hours of power cuts every day will, in the first instance, have it reduced to seven hours a day or so, with further improvements in tightly-regulated incremental doses.

I believe that this last approach, the apparent middle way, represents the greater threat to our future. The fierce opposition to all reforms by the left-wing fringe will appear to be the most unreasonable and extreme. Yet, their cause carries little conviction and they are not a threat anymore. The faint-hearted reformers who sit on the fence because they lack courage to take the bull by the horns are a threat precisely because they can (and do) position themselves as moderates. They appeal to the lay person who instinctively distrusts the extreme position in any argument.

Yet, it is a deeply flawed premise because ultimately there is nothing human about delaying progress and perpetuating poverty. Think of someone who has been blinded and whose doctor offers him a choice between two alternative treatments. In the first treatment, sight is restored in gradual stages through a process that is drawn-out but relatively painless. In the second, sight is restored immediately, but it involves pain. Who would want to drag on with blindness particularly when being blind itself is so painful?

The idea, therefore, that economic reforms should have a human face to it is, in reality, about keeping the country blind or semi-blind for much longer than is necessary. The story I have just narrated was about the electricity sector. Similar stories can be had from any other sector. For instance, here’s another one even more absurd in its implications.

In India we live with more than our fair share of law and order problems. Petty crime, thefts, robbery, the occasional murder etc. are quite routine. Ideally, we would all like to live in a country that is totally free from crime. Or, do we? Here’s pause for thought.

These days there are hundreds of thousands of poorly educated men often hailing from remote villages in Bihar, UP and elsewhere who work as security guards protecting shops, offices and apartment blocks around the country. Their wages are low but it has offered them a way out of the poverty of their villages. If, by a wave of a magic wand, crime were to be uprooted from the country, they would all lose their jobs. Why would anyone employ a security guard when he does not expect anything untoward to occur?

Proponents of reforms with a human face will necessarily have to argue that crime in the country must not be eliminated all at once. It should be brought down gradually so that the poor security guards get time to adjust and seek alternatives. From a situation where 1,000 murders take place every day, we must, in the first year, bring it down to 950 murders a day. Thereafter, improvements would be made step-by-step. In this way, in about two decades, India will be totally rid of crime. Needless to add, the magic wand for busting crime also goes under lock and key.

At the turn of the 18th century, India and China were the two leading economies of the world. Somewhere in the middle of the 18th century, Britain went through that bruising phase of its history called the Industrial Revolution. Anyone who has read Charles Dickens would know those were unhappy days indeed. Industrialisation gave rise to a dispossessed class of wage labour with urban slums and squalor. But, over the long term, as the advantages kicked in, Britain was transformed into the world’s superpower. India and China were consigned to the margins of history where they loitered around for the next century and a half.

The British were fortunate that they did not in their midst authoritative politicians who called for a slowdown in the process, all for the sake of an industrial revolution with a human face. Or perhaps they did, but circumstances were such they were roundly ignored. And today, millions of British are grateful that those voices went unheeded, including those who have read and enjoyed Dickens.