$5 Trillion Economy: How Will India’s Journey Look Like And What Lessons It Can Learn From China’s 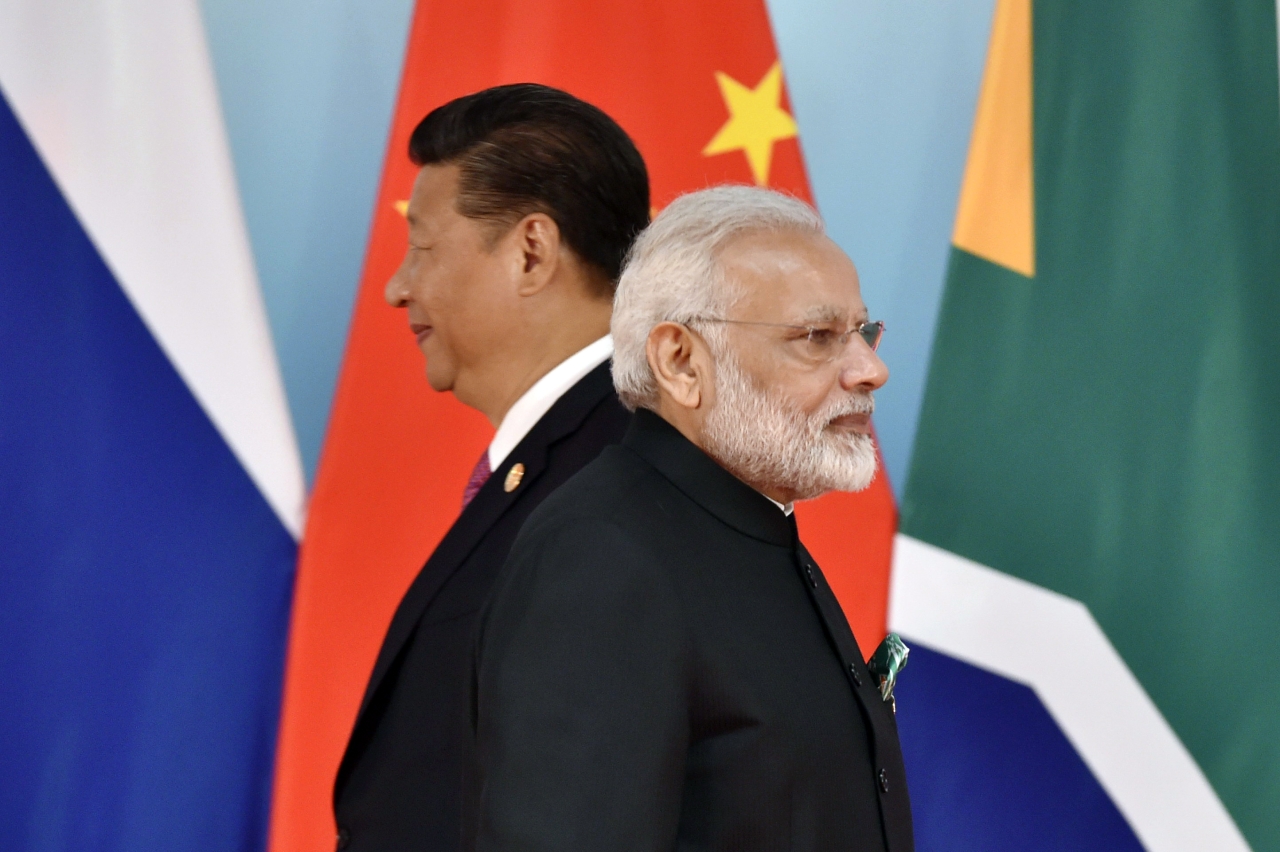 It is the stated goal of PM Narendra Modi to make India a US$ 5 trillion economy by the year FY 2025.

For perspective, India's nominal GDP stands at US$2.7 trillion in FY 2019, suggesting that a Compounded Annual Growth Rate (CAGR) of 10.7 per cent would be required over the next 5-6 years to achieve this target.

For a better understanding of this journey, I decided to look at China for guidance. China had a US$2.7 trillion GDP in the year 2006, and managed to achieve a US$5 trillion in just three years (by 2009) — A scorching GDP CAGR of 22.9 per cent. 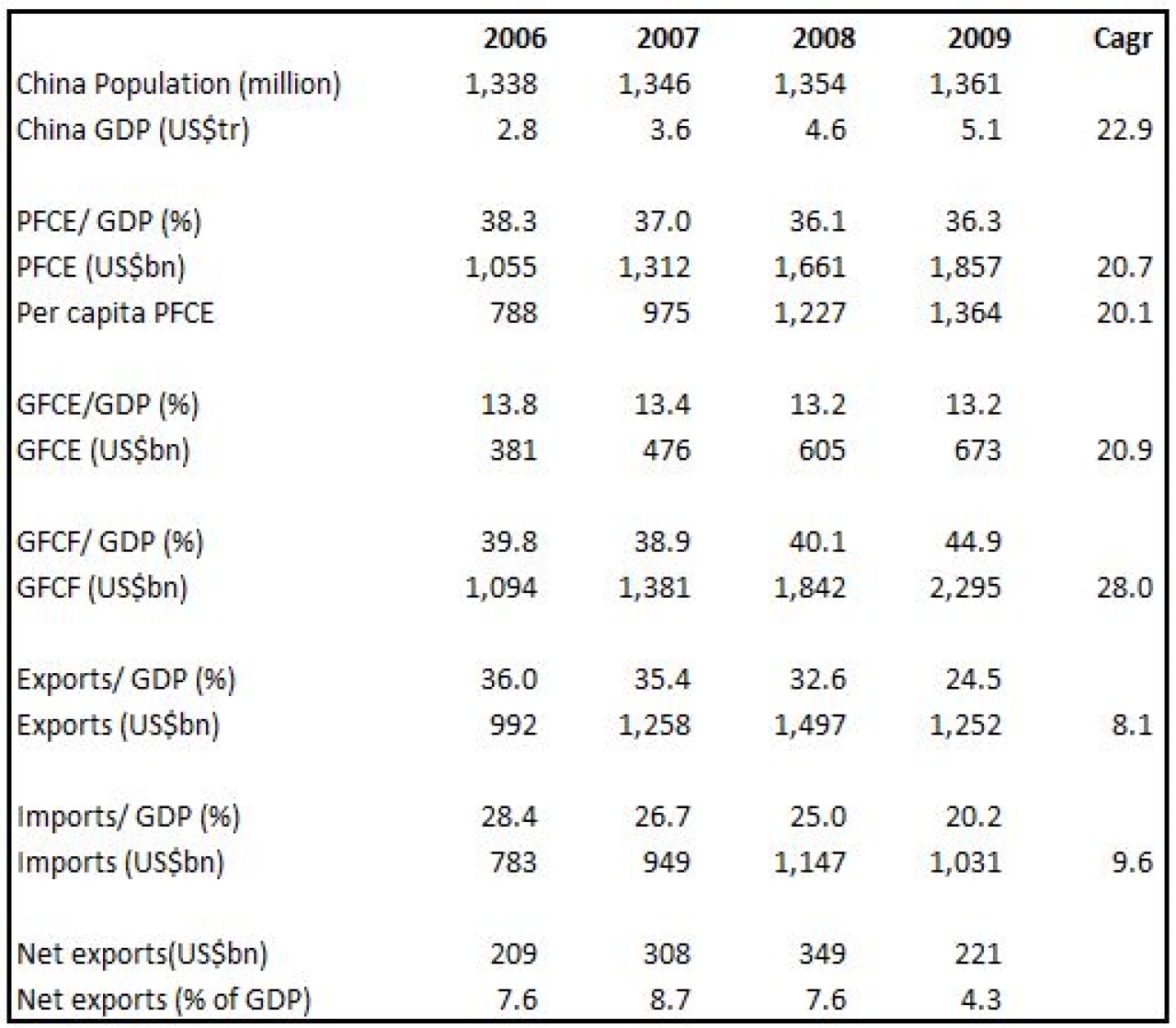 What stood out for me is how little ‘exports’ contributed to this rapid rise in the GDP for China. This is particularly interesting because for those who even cursorily followed economic news around this time, primarily knew China as an export miracle.

In reality, increase in exports contributed only 0.5 per cent of the total increase in GDP between 2006 and 2009. Yes, just US$12bn of the GDP increase came from net exports.

The primary driver for China's GDP surge was not even local consumption ( Private Final Consumption Expenditure (PFCE) accounted for little more than a third of the increase), but a large scale capital investment programme.

Gross fixed capital formation (GFCF) accounted for more than 50 per cent of China's own journey to US$ 5 trillion GDP.

This investment was largely financed by credit. While data on Chinese formal and informal credit sources is hard to come by, an indicative chart is from a Congressional report is given below: 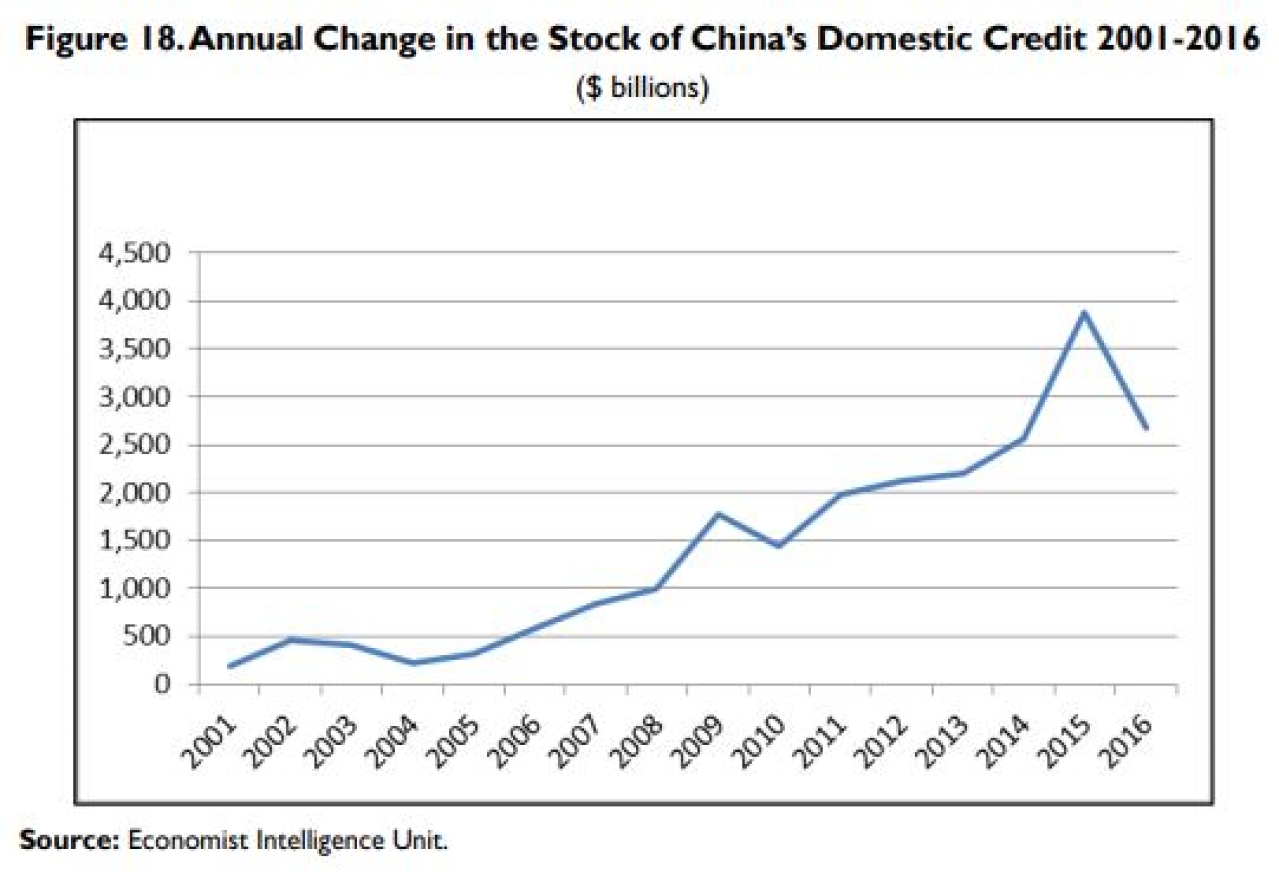 A point worth noting is that domestic consumption has always been a small part of the Chinese GDP, relative to India.

Given that PFCE is already at a respectable level for India, it may be that the Indian government's plan is to push GDP using the levers of GFCF (what China did) and Exports (what China hoped would happen).

If this in indeed the case, then there are a few points that are worth bearing in mind.

Despite China’s spend on creating capacities, its exports did not take off enough to compensate for the investments it had made.

Even of the GDP increase between 2009 and 2019 (US$8.5tr increase), only about 2.4 per cent was contributed to by the increase in net exports, my quick back-of-the- envelope calculations suggest.

In fact, the compulsion of keeping people employed may have even been the origin of the famed "China Price" as factories were selling for covering variable cost only, ignoring the fixed costs that went into creating the production assets.

This also explains the fall in return on assets seen for State-owned enterprises( SOE) which began during the period 2006 and continues today.

Worth noting that as per surveys in 2008, SOEs controlled 44 per cent of system assets, and on average an SOE was 15.5 times larger than a private firm. 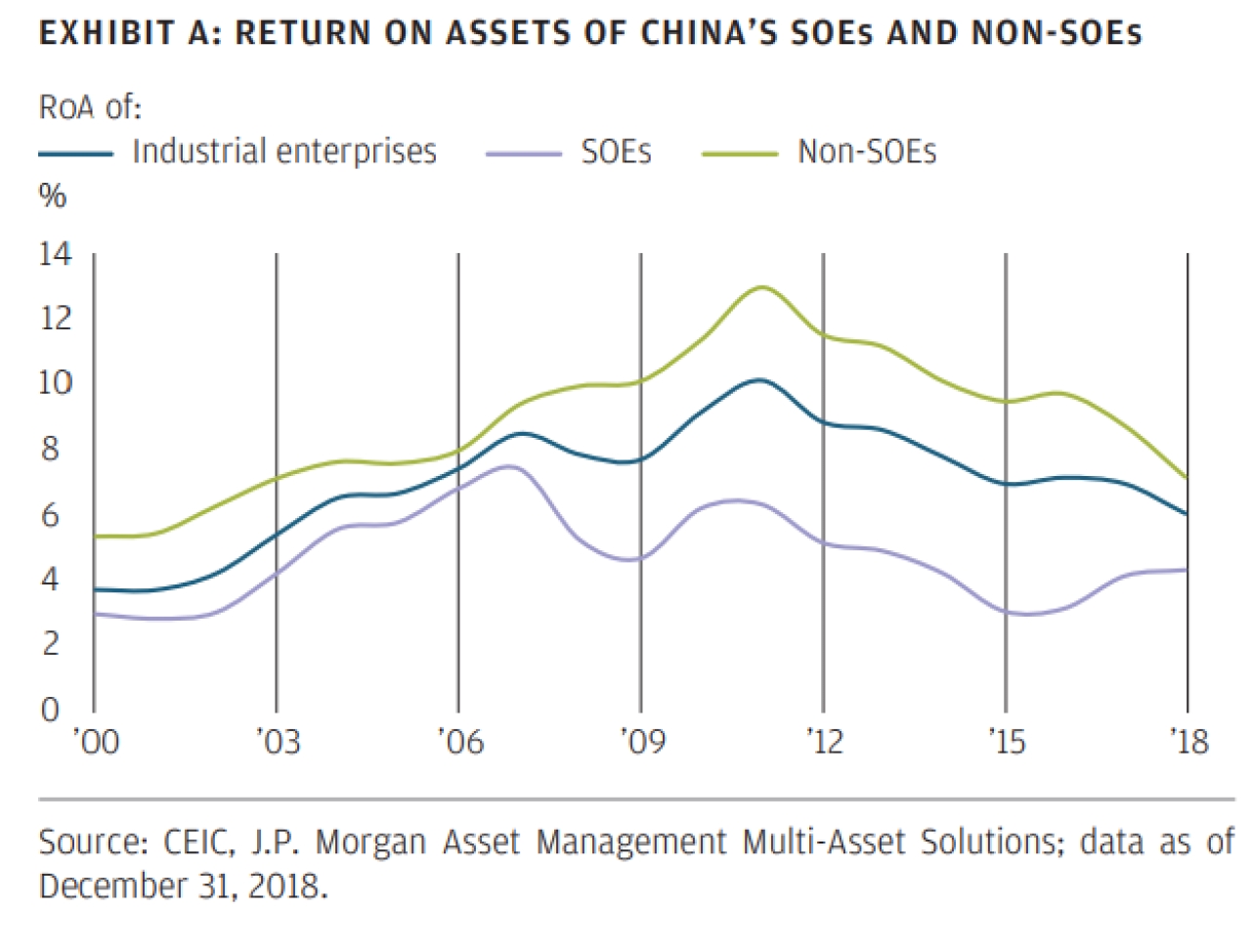 Creation of assets which are not being optimally utilised can also be gauged from the representative chart below: 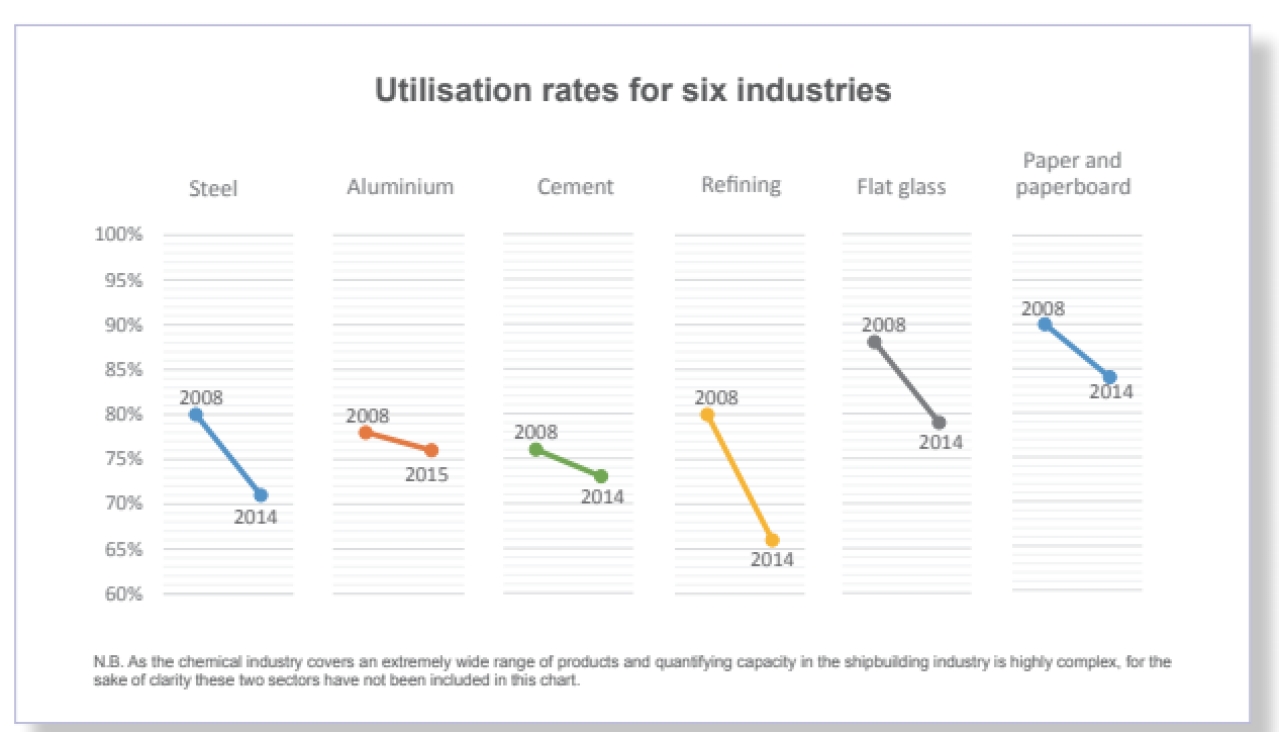 The obvious outcome of sustained selling at prices that do not cover the full economic cost of production is that continuous funding (usually via credit) is required to keep the lights on.

This eventually leads to bad loans later. In 2019, China crossed US$23bn in bonds that have defaulted. Some of them even from State-owned companies, which is quite serious.

Basically, when you borrow money, you are simply taking your expected future income today.

But if the future income does not materialise, or is of a quantum that’s lower than expectations, then the debt cannot be repaid.

This is what borrowing and default is, in essence. This is the reason why China has a debt problem today, and also why China cannot win a trade negotiation with Trump.

So, how will India's journey to US$5 trillion look like? And is that target achievable? The short answer is ‘yes’, the caveat being that it may take a year or so longer than usual. But I cannot stress my view that I would rather see even a two-year delay in achieving the target, than achieve it at the cost of economic sense (which is what China did).

The three points that the Indian government must not lose sight of:

2) Do not focus on being export driven. Any export growth should happen organically, or by factories abroad being shifted here. The Chinese model of ‘build, and they will buy’ is a recipe for failure.

In FY19, the per capita PFCE in India was US$1,180. Let’s assume that this rises at a 7 per cent CAGR over the next 6 years. This is in-line with a nominal GDP growth rate of recent years. Also note that this is a steep discount to the 20 per cent CAGR we saw in Chinese per capita PFCE between 06-09. This will cause Indian total PFCE to rise from US$1.6tr to 2.6tr by FY25.

Arguably, the least productive of expenses, I expect the GFCE to rise from current US$305bn to US$561bn by FY25. This represents a CAGR of 10.6 per cent, which is at a discount to its historic 15-year CAGR of 14 per cent. So certainly, some upside here is possible.

Nirmala Sitharaman, the Finance Minister, has said that she wants to push this number to (GFCF/GDP) 36 per cent (from 29 per cent currently). I tend to believe her because of two reasons,

Residual component:
For the past 15 years, this number averaged 4 per cent of GDP, so I will assume that it stays at this level, and assume GDP is US$5tr just for this calculation. So ‘others’ will come be US$200bn.

For being conservative, let us take a haircut of 20 per cent on this number, and say that it will stand at 160bn.

So the final big picture Indian GDP may look like this: 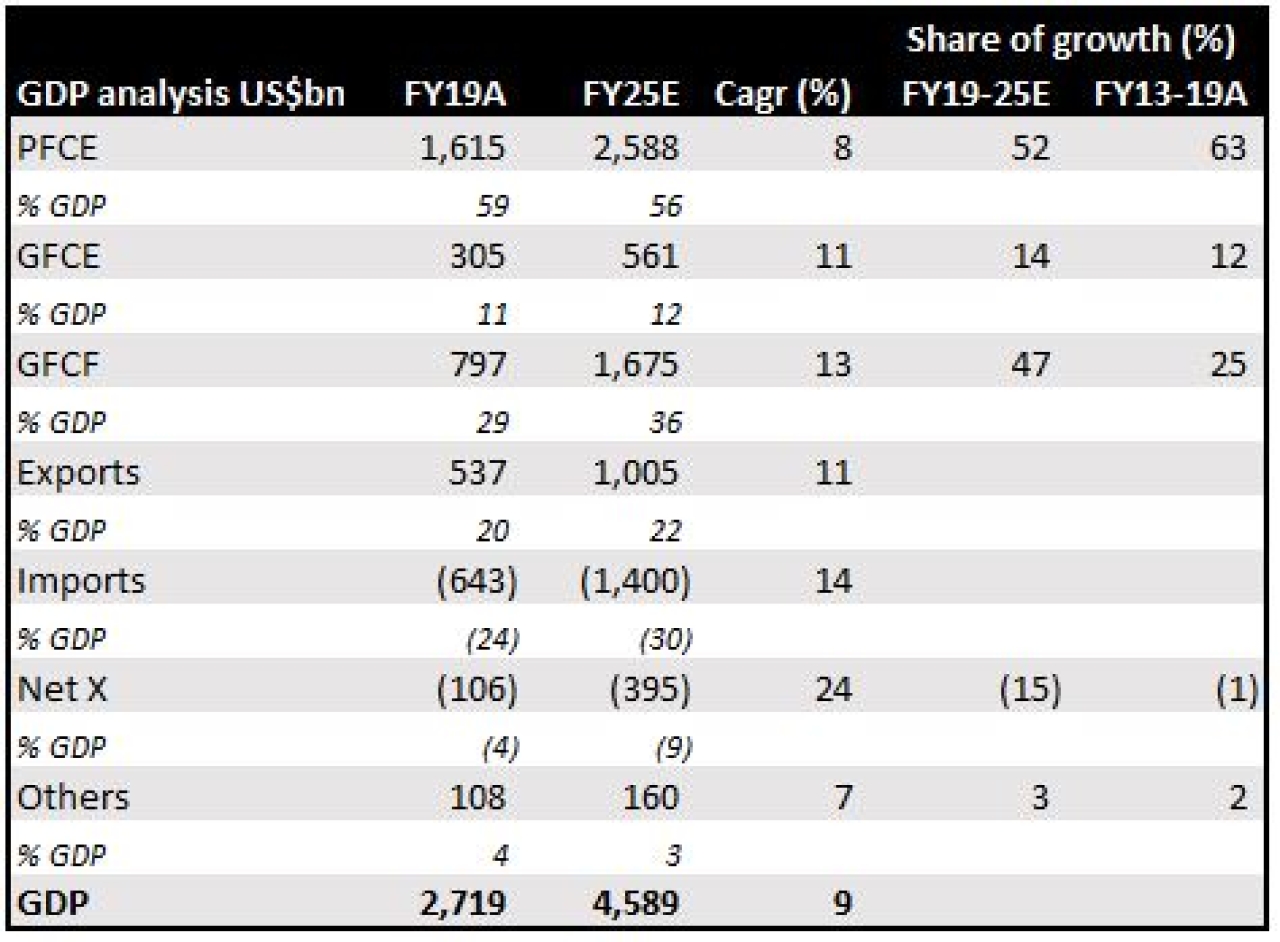 There is some risk of a downside of GFCF, because I assume that we will be able to meet the 36 per cent of GDP target as mentioned earlier.

The only worry that I have here, and it is worth repeating, is that the Indian government inadvertently pushes loans to non-viable projects, because this is exactly what happened in the period 2005-2009 (though there was malafide intent then as well).

This is a worry for me because especially in a low-interest rate environment, there is no ‘hurdle rate’ to overcome and money gets invested in projects that make no economic sense, and add no value to the nation.

The government must guard against this seemingly low hanging fruit that is a recipe for another NPL crisis a few years down the road.

There is, of course, the component of currency appreciation that I have not considered. For example, in 2006-2009 for China the Renminbi appreciated by 15 per cent, accelerating GDP growth when measured in US$ terms.

It is difficult to predict the same for India at this stage, but it is worth pointing out that RBI has reportedly been aggressively buying US dollars keeping INR weak.

Should RBI cease this buying towards the end of 2022 or 2023, the possibility of appreciation in the INR cannot be ruled out. Such an appreciation will aid India in inching closer to the US$ 5 trillion mark.

So while India is likely to fall short of its GDP target by 8-10 per cent by FY 2025, it will come close (US$4.4-4.6 trillion). But between the risk of missing the FY 2025 target, and misallocating capital solely to reach this number, I prefer the former.

It is better to delay the target by a year than burn money in projects that do not make long-term economic sense.

Reaching US$5 trillion in 2025 or even 2026 will change the complexion of the economy.

India’s heft in global geopolitics will see an exponential rise. Being a domestically focused economy will mean that India's GDP growth is more resilient than China's. All in all, these are exciting times to be living in.

(The article was first published on ecopoliticalindia.blogspot.com and has been republished here with permission.)