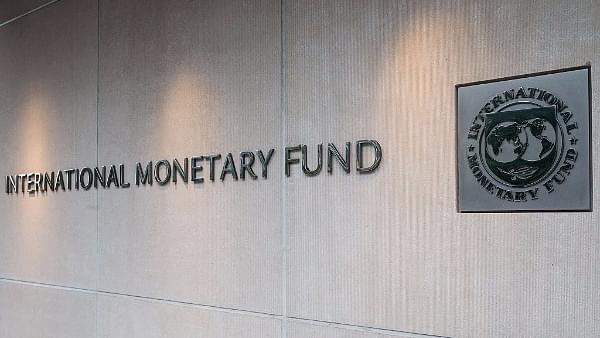 I must be perversely masochistic because I have the strange habit of reading reports issued by international bureaucracies such as the International Monetary Fund (IMF), World Bank, United Nations (UN), and Organisation for Economic Cooperation and Development (OECD).

But one tiny silver lining to this dark cloud is that it’s given me an opportunity to notice how these groups have settled on a common strategy of urging higher taxes for the ostensible purpose of promoting growth and development.

Seriously, this is their argument, though they always rely on euphemisms when asserting that politicians should get more money to spend.

- The OECD, for instance, has written that “Increased domestic resource mobilisation is widely accepted as crucial for countries to successfully meet the challenges of development and achieve higher living standards for their people.”

- The Paris-based bureaucrats of the OECD also asserted that “now is the time to consider reforms that generate long-term, stable resources for governments to finance development.”

- The IMF is banging on this drum as well, with news reports quoting the organisation’s top bureaucrat stating that “…economies need to strengthen their fiscal frameworks…by boosting…sources of revenues” while also reporting that “The IMF chief said taxation allows governments to mobilise their revenues.”

- And the UN, which has “…called for a tax on billionaires to help raise more than $400 billion a year” routinely categorises such money grabs as “financing for development.”

As you can see, these bureaucracies are singing from the same hymnal, but it’s a new version.

In the past, the Left agitated for higher taxes simply in hopes for having more redistribution.

And they’ve urged higher taxes because of spite and hostility against those with high incomes.

Some folks on the Left also have supported higher taxes on the theory that the economy’s performance is boosted when deficits are smaller.

But now, they are advocating higher taxes (oops, excuse me, I mean they are urging “resource mobilisation” to generate “stable resources” so there can be “financing for development” in order to “strengthen fiscal frameworks”) on the theory that bigger government is the way to get more growth.

You probably won’t be surprised to learn, however, that these reports from international bureaucracies never provide any evidence for this novel hypothesis. None. Zero. Zilch. Nada. The null set.

They simply assert that governments will be able to make presumably wonderful growth-generating “investments” if politicians can squeeze more money from the private sector.

And I strongly suspect that this absence of evidence is deliberate. Simply stated, international bureaucracies are willing to produce shoddy research (just look at what the IMF and OECD wrote about the relationship between growth and inequality), but there’s a limit to how far data can be tortured and manipulated.

Especially when there’s so much evidence from real scholars that economic performance is weakened when government gets bigger.

Not to mention that most sentient beings can look around the world and look at the moribund economies of nations with large governments (such as France, Italy, and Greece) and compare them with the better performance of places with smaller government (such as Hong Kong, Switzerland, and Singapore).

But if you read the aforementioned reports from the international bureaucracies, you’ll notice that some of them focus on getting more growth in poor nations.

Perhaps, some statists might argue, government is big enough in Europe, but not big enough in poorer regions such as sub-Saharan Africa.

So let’s look at the numbers. Is it true that governments in the developing world don’t have enough money to provide core public goods?

The answer is no.

But before sharing those numbers, let’s look at some historical data. A few years ago, I shared some research demonstrating that countries in North America and Western Europe became rich in the 1800s and early 1900s when the burden of government spending was very modest.

One would logically conclude from this data that today’s poor nations should copy that approach.

Yet here’s the data from the IMF on government expenditures in various poor regions of the world. As you can see, the burden of government spending in these areas is two or three times larger than it was in America and other nations when they made the move from agricultural poverty to middle-class prosperity.


The bottom line is that small government and free markets is the recipe for growth and prosperity in all nations.

Just don’t expect international bureaucracies to share that recipe since one of the obvious conclusions is that we, therefore, don’t need parasitical bodies like the IMF, OECD, World Bank, and UN.

This piece was first published on The Foundation for Economic Education and has been republished here with permission.