Budget 2019: Baby Steps But In The Right Direction 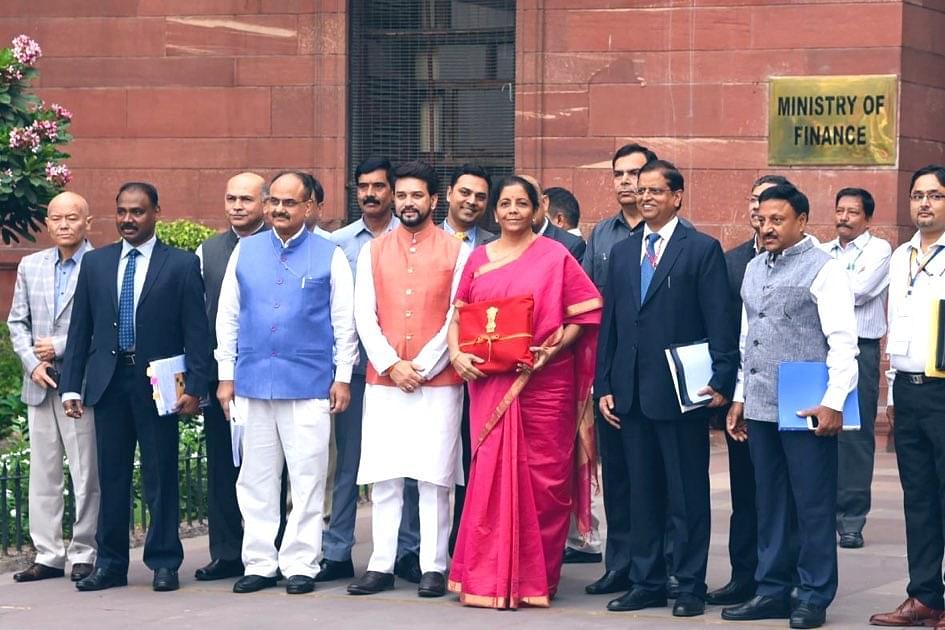 The Union Budget for FY2019-20 is out and it is largely consistent with the budgets we’ve witnessed from 2014 onwards. This augurs well for policy consistency as it will boost investor confidence and help achieve the goal of reviving the animal spirits of the private sector.

In an earlier article, one of the authors had highlighted his wishlist from the Budget. Largely everyone was hoping for a budget that would revive growth and put the economy back on track, so it is important to evaluate if the Budget will succeed in achieving this. There’s no denial that the economy, over the last couple of quarters has witnessed a slowdown from 8 per cent to 5.8 per cent. However, growth looks likely to be back on track from Q3 onwards, and this Budget is going to play an important role in its revival.

It is important that we understand that the process of reforms is not linked to the Budget and most of the big-bang reforms were non-budget announcements. A good example of this is the Insolvency and Bankruptcy Code. Therefore, one must view the Budget as an important part of the overall reforms process, and it is with this diminished importance of the Budget that we evaluate its impact on growth.

The Budget gets a lot of things in the right direction and we should give full credit to the government for embracing industries and businessmen. Since 2014, we’ve witnessed a systematic reduction in tax rates for individuals and for corporate entities. However, corporate tax rates in India continue to be one of the highest in the whole world.

While we’re happy that corporate tax rate has come down for firms that have a turnover of less than Rs 400 crores, it is only rational to ask how much revenue impact it would have made had the tax reduction been for all firms irrespective of the turnover. There is a genuine need to understand the relationship between tax rates and tax revenue; reducing tax rates is likely to have a positive impact on growth and the revenue loss may be lower than what is estimated.

The Budget has announced a slew of measures to address present issues in the NBFC (Non Banking Financial Company) sector and this will likely have a positive impact over subsequent quarters. However, credit off-take remains a problem that requires concentrated policy action and we’ve witnessed some of it in the form of tax incentives for housing finance.

On the credit side, a major problem is on the cost of capital and this was mentioned in the Budget and the Economic Survey. The government should further cut the rates on small savings deposits to ensure that the cost of capital comes down. With its focus on investment and economic revival, the government should bite the bullet and bring down these rates sooner to kick-start the investment cycle.

A couple of things that we personally loved in the Budget is the pragmatic approach that has been taken towards the current geo-political opportunity. The honorable Minister rightly acknowledged how India has a unique opportunity to be further integrated into the global value chain.

The government has indicated its desire to proactively ensure that MNCs (multi-national companys) that are looking for alternative countries for their manufacturing activity view India as a preferred destination. A good move in that direction was relaxing FDI (Foreign Direct Investment) norms and removing local sourcing norms for FDI in single brand retail. What is further required is to announce a complete relaxation for 5-8 years from local sourcing norms for firms that integrate India with their global supply chain.

Either way, the disinvestment targets for the coming year look ambitious but achievable, given that the government is also considering ETFs (exchange traded funds) as an alternative. The decision to explore Public-Private Partnership (PPP) in railways is yet another positive decision from the government as the sector would immensely benefit from private investments. It is evident that the focus of the Budget is on development of physical infrastructure and in attracting private investment with the intention of kick-starting growth.

Despite a slew of progressive measures, the government could have avoided increasing the cess on the rich. While we all agree that the rich should pay a higher share of taxes, from the fiscal standpoint, the government needs more people to be a part of the higher income slabs. There is adequate evidence to suggest that modest tax cuts could improve compliance at the higher levels of income and therefore, we should witness some moderation in tax rates across income slabs over the coming years.

The government has also embraced foreign capital and announced a series of measures to make it easier for individuals and NRIs (non-resident Indians) to invest in India. A major decision in this regard is to look at foreign markets as a source of borrowing for the government. This will enable the government to borrow at lower costs and thereby reduce its interest burden.

On the fiscal deficit, however, the government is unlikely to meet its target in the current fiscal but we wouldn’t worry much about it for two reasons. First, the economy genuinely needs a stimulus and secondly, the slippage if any would be very minor and hence inconsequential.

While this Budget does get a lot of things right, the steps taken are too small. A lot more could be done, and perhaps will be done over the coming quarters. A lot of the reforms that our economy requires are outside the purview of the Budget and the government should implement them sooner rather than later.

The government is moving in the right direction; however, the movement could be a bit faster. With another budget just 6 months down the line it would be interesting to see what reforms are undertaken during this period. As far as growth is concerned, this Budget is one that is likely to revive growth but such a revival should be expected only from Q3 onwards!

Karan Bhasin is a New Delhi based policy economist. He tweets @karanbhasin95. Prachi Jhamb is a research associate with the RBI. She tweets @JhambPrachi.