Budgets Are No Election Barometers 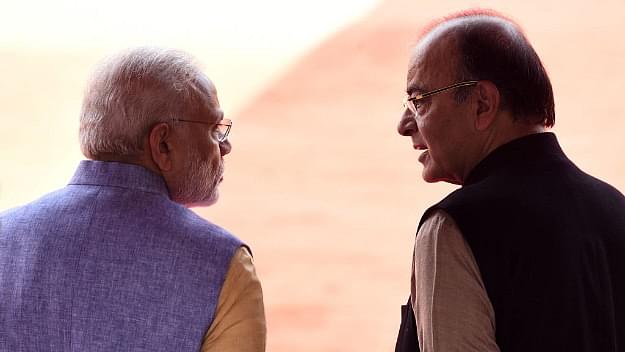 No Indian budget has ever helped the party in power to win, or lose, a general election. (Sonu Mehta/Hindustan Times via Getty Images)

No Indian budget has ever helped the party in power to win a general election. On the flip side, no budget, even if it is badly crafted, has hurt the party. The dream budget of 1997 or the nightmare budget of 1979 were both followed by elections in which the party in power lost, but they were on course to lose anyway because of larger issues.

The reasons are obvious. A country with a low per capita income means that a very small section of the population can be taxed on their income. Items of mass production can also hardly be taxed. Even now the goods and services tax (GST) has exempted 55 per cent of items that affect the Indian population from the tax net.

In these circumstances, the only lever a finance minister has, to swing opinion, is in the allocation for expenditure.

Of the total basket of government expenditure, 61 per cent is sequestered for defence, interest, wages and pensions, and for subsidies. Another 21 per cent of the money goes to states, no questions there. This is not a construct of the budget for the fiscal year 2019; it has been the standard procedure for decades. The ratios have gotten adverse over the years.

So, how much of the money does a finance minister have left in any financial year to run for his pet themes? This is something budget analyses miss. Finance ministers operate with very little freedom, but they try to make up for it by announcing grand schemes with puny allocations in the hope that at least some of them would strike a chord with the citizens. An example of this practice was former finance minister P Chidambaram’s announcement of the Nirbhaya scheme with a Rs 1,000 crore allocation that none knew what to do with, and that of a Bharatiya Mahila Bank. The bank has finally been merged with the State Bank of India.

It is to the credit of this government that it has resolutely avoided these, essentially, dead ends. The effective test of a budget is (a) how much of a clean-up of public finance a minister is able to marshal to guide money towards priority sectors, and b) how much of the money thus prioritised has been spent effectively.

The first priority has been falling in place as the percentage of money that the government can do nothing about has started to fall. Subsidies, which made up about 14 per cent of budget expenditure in fiscal year 2013 under P Chidambaram, is now 10 per cent. In addition, the transfers to state at 21 per cent is a significant improvement over the 8 per cent range that it was at in that same fiscal year. Finance Minister Arun Jaitley has earned a few kudos for having achieved it despite the increasing pressure.

On the second priority, the Finance Ministry has for some years now started to come out with an outcome budget. Since it is a detailed document, few bother to read it. Yet, it is the key to understanding whether the government money that was spent was well-directed. That is the true test of governance and not the clamour for tax sops to the middle class.

As an example of what those sops do, see the populist budget of Jaswant Singh for fiscal year 2004. For the middle class, he extended the tax rebate for housing under income tax and also raised the limit for standard deduction. The first National Democratic Alliance government came to grief despite the sops, in the election next year.

The budget for fiscal year 2009 by Chidambaram of the first United Progressive Alliance government raised the threshold for income tax payers generously. Manmohan Singh came back to power but largely because there were larger issues at play, like his backing of the civil nuclear deal.

Pranab Mukherjee played on the same notes by raising the threshold for direct tax payers in fiscal year 2013. It didn’t help avoid a massive loss for the party.