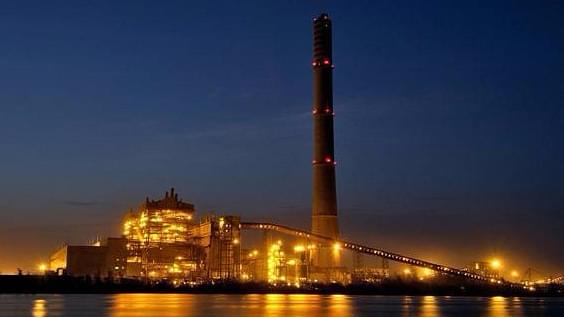 The state power generation firms across the country have traditionally operated sub-optimally. The state governments usually lack expertise to run this business. The scale of the plants they are operating is lower compared to the ones operated by central gencos like the National Thermal Power Corporation (NTPC). These captive plants typically supply power only to the state distribution companies (discoms) at through pre-agreed power purchase agreements (PPAs) negotiated for long time periods. The discoms have to take approvals on tariff from State Electricity Regulatory Commissions (SERCs) and quite often they undercharge the consumer while overpaying the captive genco. This counterintuitive commercial arrangement is made possible because the genco and the discom are both owned by the state government. Over the last many years, Indian discoms have aggregated astronomical losses and are currently participating in a financial and operational restructuring programme Ujwal Discom Assurance Yojana (UDAY).

The captive gencos on the other hand continue to run sub-optimally, completely dependent on the largesse of their states. They often borrow from the market or from the state government to service their debt – exactly the kind of situation that led to creation of huge non-performing assets (NPAs) in the Indian private sector between 2011 and 2014. Their discom pays for the fixed cost irrespective of the actual power offtake, but not for the variable cost or opportunities losses of not operating at full capacity. Squeezed between their captive owners and captive buyers, the gencos in many cases continue to be a massive debt trap with no redemption in sight.

The deal which NTPC struck with the Chhabra thermal plant can however change this situation in future. This deal marks an interesting financial transaction, which let Rajasthan government immediately cash out, lets NTPC buy a functioning asset it specialises in operating, and may even hold a promise for cheaper power for the end consumer.

Financial Parameters Of The Chhabra Plant

While the Rajasthan government may have spent upwards of Rs 6,000 crore on this plant through inception, the approved cost by the Rajasthan Electricity Regulatory Commission (RERC) stands at about Rs 5,000 crore. The regulator considers a depreciated value for signing off on tariffs and this depreciated value of the plant at the end of this financial year 2016-17 will stand at Rs 3,900 crore. Using a typical debt – equity structure for power generation industry, the regulator would have determined the debt portion to be Rs 3,200 crore and the equity portion of the state government to be Rs 700 crore.

Another factor which the RERC takes into account for approving tariffs is how efficiently is a power plant running. The idea behind this measure is to ensure that operating inefficiencies are not passed on to the consumers. A Station Heat Rate (SHR) is approved for each plant, which in this case was 2,312 kilo calorie/kilo watt-hour (kcal/kWh). The Chhabra plant has actually been running at a lower efficiency with an SHR of 2,700 kcal/kWh, resulting in an additional Rs 300 crore a year loss to the state government.

What Will NTPC Do?

As part of the deal, NTPC will let the Rajasthan government cash out on its equity portion of Rs 700 crore. It will also assume the Rs 3,200 crore in outstanding debt. NTPC has been routinely raising money from the market at a coupon rate between 7.4 per cent and 7.8 per cent over the last couple of years. The borrowing cost of the gencos however tends to be much higher, usually between 10 per cent and 13 per cent. So even if NTPC performed no operational improvements to the Chhabra plant, it would save money on interest servicing every year.

NTPC today has a thermal power installed capacity of 36 GW through its 19 power plants nationwide. With this experience and specialisation in place, it can transfer operational best practices to the Chhabra plant. NTPC runs similar power plants at SHR around 2,400 kcal/kWh and can expect to bring the same efficiency to this plant. Assuming that RERC accepts this efficiency level, the variable cost of operation can then be passed on the discom, thus removing the generation loss burden for NTPC.

The biggest benefits of NTPC running such a plant rather than the state genco running it however may accrue in the future. NTPC can always renegotiate PPAs for a national footprint if Rajasthan discoms were not to buy from this plant due to demand fluctuation. With the inter-regional transmission capacity in India improving significantly, NTPC has more buyers to sell its power to.

Another important consideration for NTPC is the cost of acquiring this 1,000 MW capacity. If it were to set up a thermal plant afresh today, NTPC will easily spend around Rs 6 crore per MW in total set up costs. Given the current land acquisition costs and procedures, it is anyway not easy to set up a greenfield plant today. The Chhabra deal works out to be Rs 3.9 crore per MW for NTPC and it is an operational unit, which is currently expanding! This is a big plus for the acquirer.

Benefits To The End Consumer

The end consumer pays for the power to the discom, which has two cost components attached to it – a fixed rate and a variable rate. The current tariff approved for the discoms against power sourced from this plant is Rs 3.89 per unit of which Rs 1.62 comes from the fixed interest servicing cost and Rs 2.27 from the variable operating costs with SHR of 2,312 kcal/kWh.

NTPC can restructure the fixed component to reflect a cost input of Rs 1.49 per unit by borrowing more efficiently. Assuming that the RERC approves a higher SHR or 2,400 kcal/kWh when NTPC operates the plant, the variable cost would then rise to Rs 2.35 per unit with the total for the end consumer being Rs 3.84 per unit. This is still 5 paise per unit lower than the current cost.

This sale deal has to overcome a uniquely Indian roadblock. When NTPC acquires the Chhabra plant, the state government employees will get an option to move to the central power sector firm. Usually, a central power sector firm may pay up to twice to their employees compared to the state genco, but there is an important distinction. Indian CPSEs encourage a defined contribution pension model, while states still operate on a defined benefits model. This means that the closer one is to retirement, more the benefit of staying in a defined benefits structure for future cash-flow security! As this deal becomes a reality at the end of first quarter of 2017, there is a good chance several old officials of RVUNL will not move to NTPC, choosing to stay with the state government. NTPC will then be able to use this as an opportunity to bring its own management and attain the operational improvement objectives necessary to make the deal financially lucrative.

While the Rajasthan government could have struck this deal even with a private sector player, it would have needed much more change management and effort with respect to managing the employee unions. With a central public sector buyer, the state government can complete the transaction without any operational disruptions.

In this case, while the ownership transfers from the state to the centre, notionally keeping the role of the government constant; it is a much better operational structure. The net cost of involvement of the government in its aggregate does come down. And NTPC is always in a better position to realise greater value from the asset.

Most power firms owned by various state governments really have no business being in the generation business, and this model sets the tone for a great low-friction divestment template. Of course, on its part NTPC will have to pick and choose the right assets, focusing on the ones it can realistically improve and transform. But this deal can set an interesting precedent for divestment in the power generation space.

To start off, NTPC will use the same model for the next phase of the Chhabra plant once it is operational. Hopefully other state chief ministers are keenly looking at this initiative taken by their Rajasthan counterpart Vasundhara Raje Scindia and the Minister of State with independent charge for Power, Coal and New and Renewable Energy, Piyush Goyal.

This divestment model allows a state to get immediate cash in its coffers, reduces its interest servicing burden, eliminates the need for state government guarantees for borrowings by firms owned by them, and makes their discoms more commercially linked on the supply side. Thus, while any such deal is beneficial in itself, it also creates a second order impact of improving discom operations and state government finances over a period of time. This is a win-win-win model for the CPSE power firms, state governments and the end consumers waiting to be tapped in a bigger way.