Contraction In GDP No Surprise; Reveals The Costs Associated With Lockdown 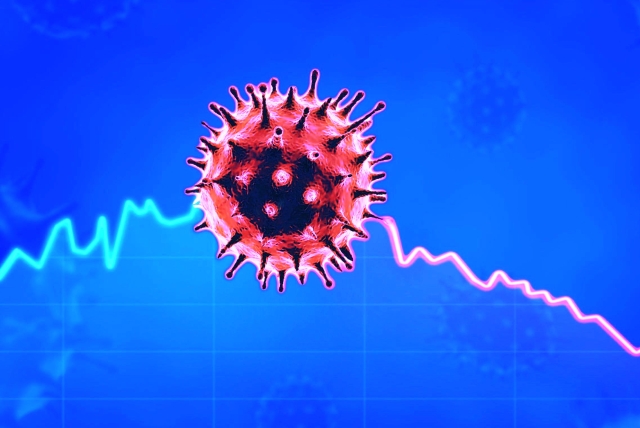 GDP contraction in times of Covid-19.

Yesterday (31 August), the Ministry of Statistics and Programme Implementation released India’s Q1 Gross Domestic Product (GDP) figures and the numbers were consistent with what was being expected by many over the last few months — that India’s economy registered a 23.9 per cent contraction in the first quarter when compared to the same period last year.

The number was consistent with what several investment banks and analysts had forecast.

The reason why the Q1 figures should not come as a surprise is simple — GDP measures the value of goods and services being produced in a country during a particular period of time.

A good example would be to consider how many businesses were shut and registered limited sales during the April and May months due to the lockdown.

In fact, the lockdown extended even till June. This meant that these firms saw limited sales or production activity, which is why there was no value addition that took place.

Lockdowns are a rare occurrence, and it is thus important to put these numbers in perspective before we extend the analysis of the state of the economy.

One cannot make observations with certitude regarding the state of the economy unless it is open, as there is limited data available during a lockdown.

This is precisely why even the MOSPI has been careful with data issues it faced while preparing the Q1 figures.

The joint paper with Dr Arvind Virmani on the pandemic in April 2020 (the paper can be accessed here) highlighted some of these issues and conceptualised a framework for understanding what is likely to follow.

The lockdown phase would result in a contraction — and this contraction is not just unique to India but is being experienced across the world.

In fact, several countries have experienced a sharper contraction than India, despite India having imposed one of the most stringent lockdowns.

Then comes the phase of normalisation of economic activity — which is currently under way. Under this phase, services such as manufacturing, construction et cetera experience a steady improvement, while tourism, hospitality and others continue to struggle.

Post-normalisation is when we will witness an economic recovery and one expects this phase to begin from October to November onwards.

That a granular study of the present Gross Value Added (GVA) numbers show that the agricultural sector grew at 3.4 per cent compared to 3.0 per cent earlier also isn’t a surprise because of several factors.

But the key takeaway from the data — and this is one that would be expected — is that the contraction was in mining and quarrying (23.3 per cent) and manufacturing (39.3 per cent).

The worst of the contraction was, however, in construction (-50.3 per cent) and trade, hotels, transport, communication and services related to broadcasting (-47.0 per cent).

Among these sectors, opening up would immediately result in an improvement in level of economic activity in mining and quarrying, manufacturing, construction and in trade and transport.

Communication and services related to broadcasting were, as is, mostly in operation.

The only place where we would continue to see muted production activity would be some services, and hotels and restaurants.

This is precisely why the Central government has gradually started to open up the economy as it aims to save both lives and livelihoods.

We can debate whether the prolonged lockdowns were of any use, and whether the economy needs a greater demand stimulus to assist the recovery process — but what is more essential at the moment is to resist the temptation by states to continue with lockdowns.

Just as the Central government starts the process of unlocking, states need to get rid of localised lockdowns.

Allowing the economy to function and supply chains to repair will be critical, going forward.