Coronavirus Lockdown: With Wheat Harvest Round The Corner, Farmers In UP, Punjab, Haryana Fret Over Labour Shortage 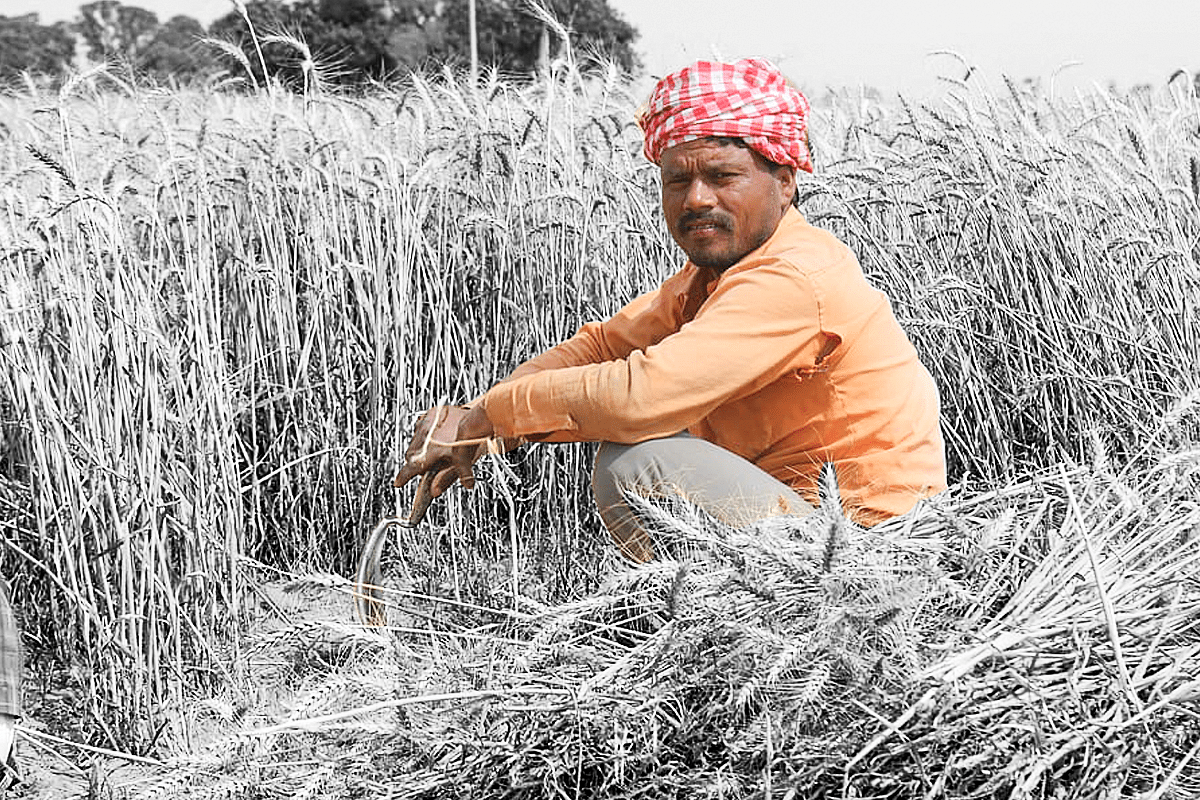 The nationwide lockdown from 24 March to 14 April to tackle the spread of coronavirus (Covid-19) outbreak could be a cause for concern to farmers in wheat-growing areas.

However, the concern seems to be limited to farmers in Punjab, Haryana and Uttar Pradesh, where the crop could be ready for harvest between the next five to 21 days.

“There is no problem in Madhya Pradesh and Gujarat where wheat harvest began in late February. Most of them have completed harvesting,” said Raj Narayan Gupta, a flour miller in Delhi.

Sunil Mukhati, a farmer from Rabadia village near Dewas in Madhya Pradesh, said: “I have just completed harvesting my wheat crop. We have a good crop this year. The only problem is that the mandis (terminal markets) are closed.”

Mukhati is waiting for the markets to open once the nationwide lockdown is lifted but his problem is that over 85 per cent Covid-19 cases in Madhya Pradesh have been reported from Indore, which is 50 km away from his village.

For now, the Madhya Pradesh farmer has stored the wheat in his house to ensure that it does not get affected by rain or other weather-related problems.

“The problem could be in Punjab, Haryana and Uttar Pradesh. Farmers there need labourers for harvest. Most of the labourers, who hail from Bihar, have returned,” said Gupta.

Even Uttar Pradesh could tide over the problem since Bihar is next door. Punjab and Haryana could be the one to face the problem, he said.

There could be one bright spot for Punjab and Haryana, though. Harvest in both states are scheduled only from 14 April onwards.

“Harvest is after 14 April. We are not sure if the lockdown will be lifted or what government plans are. Farmers will need extra hands for harvest and there could be a shortage,” said Gupta.

This could result in farmers paying a higher wage this year in the event of a labour shortage.

“The problem is when people return home, they don’t get back to work quickly. It is not easy to get back these workers who have returned home in Bihar,” said a flour miller based in South India.

“This year, the crop has been delayed by a couple of weeks in parts of Punjab due to rains. Now, the harvest could happen around the end of April,” said Dr Sumesh Chopra, an agricultural extension specialist in Punjab.

“My crop has been delayed this year due to weather-related problems. But the condition of the crop is good and I expect to begin harvesting in the next five days,” said Jai Kishore Singh from Masoi village in Uttar Pradesh’s Chandauli district.

Gupta says the Narendra Modi government has handled the situation well, and it will all now boil down to how the post lockdown period is managed.

Last week, the Union Home Ministry exempted agricultural operations from the nationwide lockdown. Similarly, farm workers too have been exempted as also procurement agencies and workers. But problems persist.

One of the problems that farmers in Punjab and Haryana, in particular, face is that about 4 lakh labourers, who had lived or been based near Ghaziabad, have returned to their homes in Bihar.

“These workers were bent on going home. They warned that if arrangements were not made they would walk their way back home. The government’s hands were tied,” said an industrialist, not wishing to be identified.

These people are now expected to start returning after lockdown. While there is no clarity on when the lockdown would be lifted and how, there is also uncertainty about the return of the workers on time.

“Probably, Uttar Pradesh is better off as Bihar is near and it can help workers to get back as early as possible,” said the industrialist.

Extension specialist Chopra said the Punjab government is leaving no stone unturned to ensure harvest operations are carried out smoothly.

“We cannot be relying on harvesters and workers from Bihar or Uttar Pradesh. The state government has decided to deploy combine harvesters and enough machinery are available in the state,” Chopra said.

“I don’t foresee any problem in harvest since we have three or four mechanical harvesters in our village,” said Singh of Masoi village. His advantage is that he is a part of a group of farmers growing wheat under a development programme of ITC Limited.

“We don’t fear problem either to harvest or to sell. We have at least three options to sell our wheat, including to ITC,” said Singh.

Mukhati said the Madhya Pradesh government has yet to announce its procurement programme. “We expect the state government to announce once the lockdown is lifted,” he said.

This year, prices of various commodities are expected to rule lower due to economic activities being affected by the spread of coronavirus.

Therefore, the Centre might have to procure a higher quantity of wheat under the minimum support programme from the farmers to protect them from lower prices and distress sale.

Last year, the Food Corporation of India (FCI) procured 34.13 million tonnes (mt) of wheat from farmers across the country. This year, there should be no surprise if the Centre is compelled to procure a higher quantity, maybe even touching 40 mt given the current economic situation.

The Ministry of Agriculture said that wheat has been planted on 33.61 million hectares during the winter sowing or rabi season (November-January). This is 4 mt higher than last year.

Last year, wheat production was a record 102.19 mt. This year, estimates are that the output could be more than 110 mt.

“This year, thanks to good rains the wheat acreage is higher than last year,” says Mukhati. Last year, many farmers in his area had opted to grow gram (chana).

According to the FCI, wheat stocks were 27.52 mt as on 1 March. This is way above the mandatory stocks of 7.46 mt the country should have as on 1 April.

As per the statutory norms fixed by the government, the FCI should have 4.46 mt of operational wheat stock and 3 mt of strategic reserve that can come in handy during famine or other such food emergencies.

With such huge stocks and a record crop coming in, the country could be left holding humongous stocks.

But farmers, especially in Uttar Pradesh, Haryana and Punjab, fret over harvest operations due in the next couple of weeks.

A couple of them sound optimistic but until the real action begins, no one is sure.