Coronavirus: How A District Administration And Maharashtra Gramin Bank Handled An Emergency Crisis 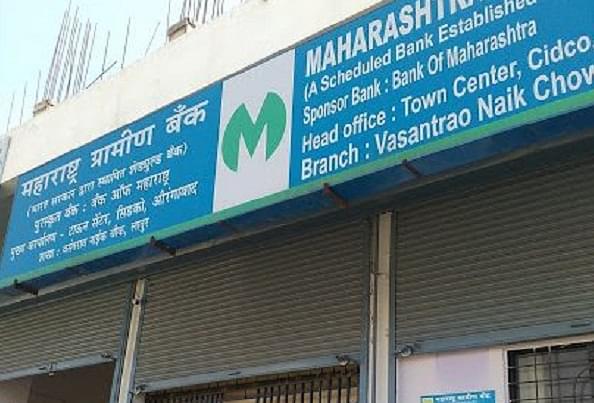 Prime Minister Narendra Modi announced a 21-day nationwide lockdown from the night of 25 March.  All the other countries went on to declare lockdowns in much later phases of pandemic spread.

Various state governments took their initiatives and started implementing it. Various sectors were identified as ‘Essential Services’ to be in operation during the period of lockdown.

As of 11 April, more than 30 crore beneficiaries have been directly given support through Direct Benefit Transfer amounting to Rs 28,256 crore. Under this, Rs 9,930 crore has been transferred to PMJDY women account holders, Rs 1,405 crore to Support NSAP (Aged Widows, Divyang, Senior Citizens), Rs. 13,855 crore transferred to Front-Loaded payments to farmers under PM-KISAN and Rs 3,066 crore transferred as support to Building & Other Construction Workers.

However, banks are facing a unique issue relating to the mentality of women beneficiaries. There is a feeling among women beneficiaries in rural and semi-urban areas that if the DBT amount credited is not withdrawn immediately, it will be taken back by the government and the next installment will not be credited.

That's why women beneficiaries gathered in bank branches to withdraw the amount credited under Pradhan Mantri Garib Kalyan Package despite the lockdown rules.

They did not follow social distancing measures, owing to which district and police administrations are asking banks to control those crowds on their own. Many of the branches are understaffed in rural areas. There is another issue relating to Jan Dhan accounts.

Jan Dhan accounts (PMJDY) provide limited benefits. No cheque book or debit card facility is provided. Many of the beneficiaries asked banks to convert their bank accounts from Jan Dhan to normal bank accounts as a result.

Once various benefits were announced under PMGKY, beneficiaries rushed to banks to convert the normal accounts back to Jan Dhan accounts again, wanting to reclaim privileges.

In response to this reversal, banks have come up with awareness guidelines. Those guidelines are to be flashed at bank branches and awareness spread through other sources.

Those guidelines include provisions relating to the ‘false notion of forfeiture of DBT amount and nonpayment of next installment if the amount is not withdrawn.’

Banks do expect cooperation and protection from police and district administrations to keep huge crowds in control in front of banks.

Banks at the local level have been facing various issues regarding the non-cooperative attitude of police personnel posted at check posts at district borders and other such locations.

Movement of banking staff to reach bank branches, collecting, distributing money to other branches and ATMs is necessary to maintain the availability of cash. Bank staff need to call senior authorities at the district level for permission to keep banking and cash availability consistent.

Case Of MGB At Beed District

Maharashtra Gramin Bank Regional Manager (RM) of the Beed region came up with a scheme called ‘Bank Aplya Daari’ (Bank at your doorstep) with the coordination and approval of the district collector/magistrate.

This scheme was coordinated and implemented using mobile ATM vans and Banking Business Correspondents. This scheme helped not just in reducing the number of customers coming to bank branches for cash deposits and withdrawals, but also helped police and district administration maintain the lockdown smoothly.

The district collector/magistrate praised the scheme and encouraged other banks to go ahead with its implementation.

But the smooth lockdown went up in smoke when a resident of Pimpala village, Taluka Ashti, District Beed, who happens to be a close relative of one the Banking Business Correspondents working with Maharashtra Gramin Bank, tested positive with COVID-19.

When the news came out, the district collector was alerted and called the Regional Manager at 1 am asking for the list of customers the Banking Correspondent met, and banking staff at various branches where the official went for work.

The RM, immediately with the help of his subordinate staff, gathered all the information. It includes a list of transactions that took place through the Banking Correspondent, names, addresses, mobile numbers of the customers and deposit balance of Pimpala branch.

All the information was passed on to the district collector at 4 am. The district administration under the collector took immediate action such as sealing Pimpala village and adjoining areas.

A COVID-19 test was conducted on the Banking Correspondent but the official was found Corona-negative.

The district administration machinery is now active and on high alert.

Shaunak Kulkarni is a digital marketing professional based in Pune. He writes on current events especially with a Maharashtra focus.