Crisil: Modi Govt Has Improved Quality Of Growth, But Must Focus On Bridging Digital Divide 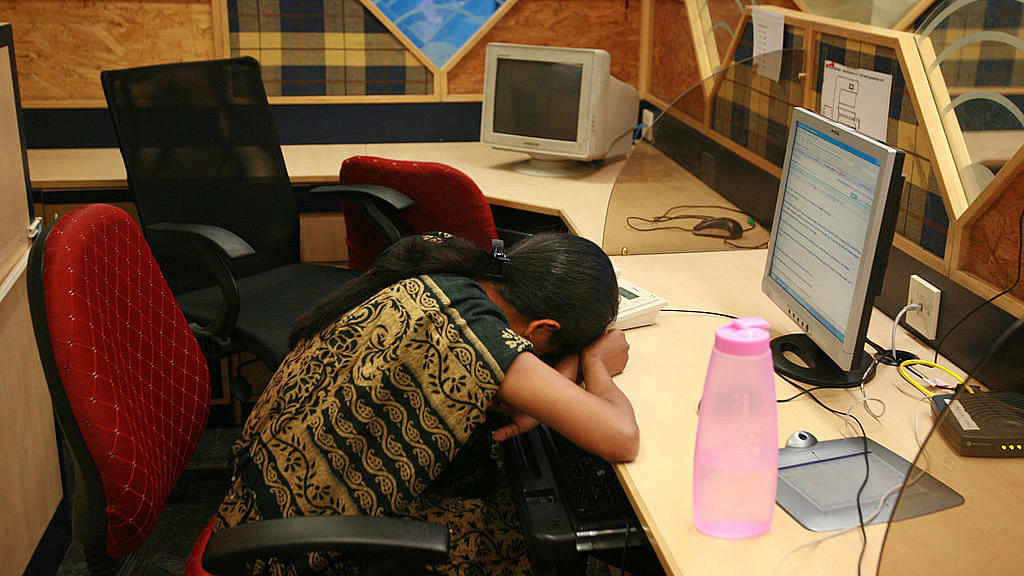 The Narendra Modi government would perhaps have preferred the former. There is no denying that it has been disappointed - and on the defensive - about growth not even crossing the eight percent mark - let alone touching nine percent - even two years after it came to power.

Witness, the assertions about eight percent plus growth being just around the corner, the constant invoking of global headwinds (rightly so), the constant brandishing of statements by World Bank and International Monetary Fund chiefs about India being a haven of stability and, of course, the anger over Raghuram Rajan’s remarks of India being a one-eyed king in the land of the blind.

But should the government be on the backfoot on growth at all? No, says rating agency Crisil, which expects growth this fiscal to be 7.9 per cent, provided monsoons are normal and the global situation does not deteriorate further. And the government addresses the digital divide as well as education and health outcomes.

In a just-released report, Choosing Trend Over Cycle, Crisil attempts to change the growth narrative from quantity to the underlying quality of growth. Never mind if there are no significant and immediate upsides, the report argues, what’s important is that the Modi government’s incremental and new measures “will do more to raise India’s trend rather than cyclical growth that we are witnessing now”. Of course, a necessary condition is that the pace should not flag.

So what has the Modi government got right?

One, growth is not driven by aggressive monetary and fiscal steroids, of the kind India saw between 2009 and 2011. Those kind of policies will certainly immediately spike up growth, but this will be short-lived, says the report authored by a team led by chief economist Dharmakirti Joshi. Not only has the fiscal policy (helped by low crude oil prices) been quite prudent, with  a clear focus on physical infrastructure, but the government together with the Reserve Bank of India, is working towards a low and stable inflation regime.

Two, growth is not supported by excessive leverage or rampant credit creation, as in China.

And, three, the government is focussed on structural reforms and fixing troubled sectors like electricity and banking; this, the report argues, will provide a strong foundation for the economy. It cautions, however, that this will depend on “how the repairs and reforms are carried out, particularly in the second half of the government’s term when the political cycle typically starts.”

That is a real concern, because the political trend has always been that reforms have petered out closer to the end of a government’s tenure. And the structural reforms that are on the Modi government’s plate are far more painful than what earlier governments had to deal with.

The report says the Modi government has raised the bar in many areas – administrative and legal institutions (e-governance, integrating ministries, insolvency and bankruptcy code), infrastructure and the financial sector. However, it red flags the issue of digital infrastructure as well as what it  calls one of the most critical building blocks for India – health and education.

While there is general agreement on the need to focus on health and education, the report appears to take the conventional line about the need to increase spending from the current levels of 1.5 percent of GDP. But improved outcomes are not the function of more money alone; efficiency of spending and encouraging private investment and initiative in these areas is equally important.

The report argues that the government needs to focus on expanding the digital network because that will improve efficiency across the board. “It is not so much capex (capital expenditure) as opex (operating expenses) that will spur growth,” says Joshi.

Crisil makes out a strong case for plugging gaps in basic digital infrastructure – electricity and internet penetration. Aadhaar, mobile phones and unified payment interface are, it says, potential disruptors which could speed up economic development and make it more broad-based. This year, it recommends, the government  should focus on developing internet  infrastructure  and making it  more affordable for citizens. “Only then can we leapfrog out of poverty and underdevelopment with the aid of technology.”

All this makes a lot of  sense, but will the government take heed?