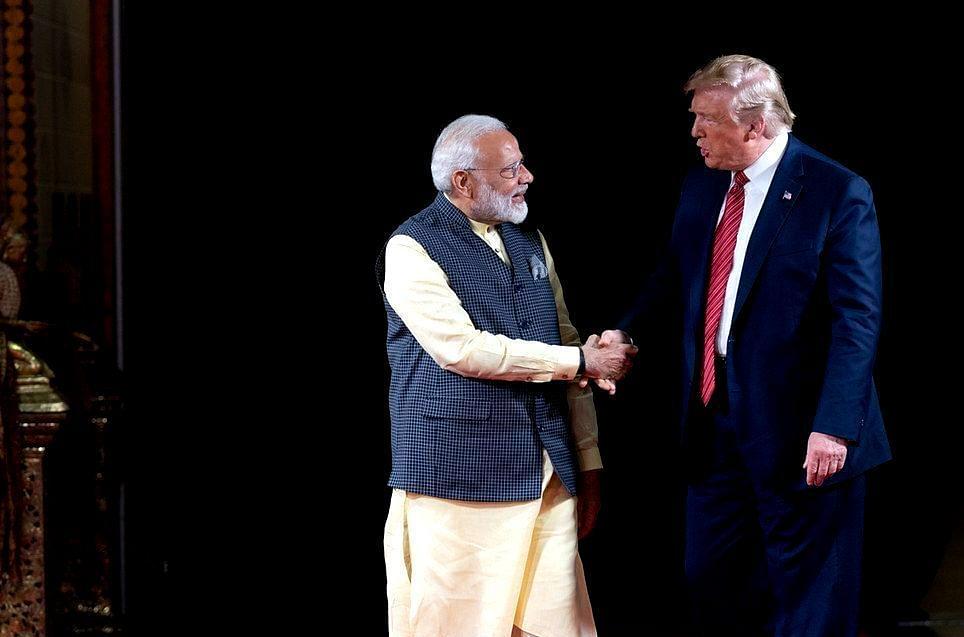 One of the starting points of any international economics coursework is ‘gains from trade’ and the concept of absolute and comparative advantage.

The idea is that countries have an advantage in production of a particular good and if it were to specialise in just that good, trade will ensure that everyone gains from specialisation.

In a perfect world, this would indeed be true – and perhaps, it is true even in the real world as we see a remarkable transformation of the global economy post globalisation.

Yet, champions of free trade have retreated over the last couple of months as the world becomes increasingly protectionist.

This is an outcome of systematic twisting of the rules of international trade by domestic policies such as non-tariff barriers, exchange rate devaluations and suppression of wages of domestic workers.

There was a lot of talk regarding the possibility of a limited trade deal between India and the US as POTUS visits India.

However, the fact that his trade chief is not part of the delegation and his statement on India hitting the US hard on trade are both indicative of a possibility that even a limited trade deal is a bit further.

How further, is a separate question, but such a deal is inevitable as it will be mutually beneficial for both the countries.

The problem, however, is that a deal that will have numerous benefits for India is likely to find stiff resistance from vested political groups, particularly the farmers.

A key issue regarding trade has been to open our agricultural sector, yet the big farmer lobby has managed to ensure the sector remains protected even as it benefits from the benevolence of the taxpayers who provide for substantial subsidies extended to the sector.

A market-driven agricultural sector is something that is definitely needed and hopefully, it may happen soon. But without a market-driven agrarian sector, it is difficult to imagine a comprehensive trade deal with most of the developed world.

While the agenda on trade may not be ambitious, one does expect several high-profile announcements to take place during this visit.

It may well be a possibility that any such trade deal may now happen only after the completion of the US elections.

The elections bring in a sense of urgency, which was needed to close the deal, but clearly, that hasn’t happened yet.

It is important to recognise how opening our economy resulted in significant gains and that the policy of gradual reduction in tariffs coincided with high growth in the pre-2008 crisis period.

Many have even criticised the government for reversing the long-held position on trade which tried to integrate India with the global economic system through lower tariffs.

But the world has changed – and, therefore, if everyone is being protectionist, our failure to not intervene may only worsen the situation.

There is a silver lining here though, as the world sees the emergence of regional trading blocks and supply chains are likely to reorient them to accommodate for this change.

It is, therefore, critical that we become a part of some of these blocks to ensure adequate integration of India in the global value chains.

The United States is likely to be a key partner in some of these regional trading blocks and from an economic and geopolitical standpoint, a trade deal with them will not just benefit the Indian economy but will open opportunities for more such deals with some of the other advanced economies.

The key would be to focus on addressing domestic competitiveness by tweaking our policies and making them in line with those in some of our neighbouring nations – we’ve already done this on taxation, now we need to look at easier credit and other such policies.

Even a limited trade deal with the US would be a great one to have at this juncture, but that, however, looks unlikely. One hopes that any such deal could happen sooner, rather than later.