Dr Patel Diagnosis May Be Partly Wrong: We May Have A Triple Balance-Sheet Problem 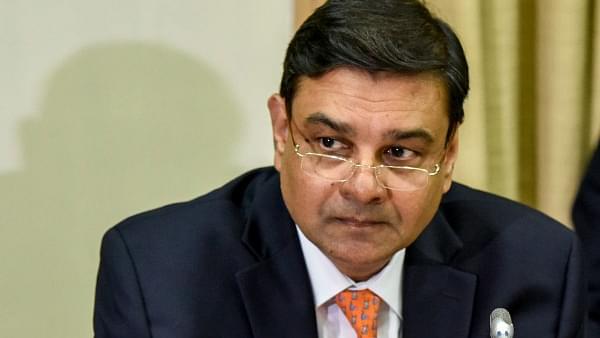 Reserve Bank of India Governor Urjit Patel said yesterday (7 February) that one reason for the slow pick-up in investment and savings was multiple rates of tax on capital.

He is quoted by the Economic Times as saying: “Taxation on capital in India is from several sources and at the marginal rate it adds up. You have the corporate tax rate, you have the dividend distribution tax rate, for income above Rs 10 lakh you have the marginal tax rate (depending on whichever bracket the people are in), then there is the securities transaction tax (STT) and a capital gains tax. So, there are five taxes on capital, which would have an impact on investment and savings decisions.”

He is partially right, of course, in terms of his enumeration of the various taxes, but is wrong to presume that this is the major reason for the slow revival in investment. There is a lack of nuance and understanding of the Indian situation in his assumption. If he examines the issue closely, he may find that there is a triple balance-sheet problem holding back an investment revival. The triple balance-sheet problem goes beyond banks and corporates to promoters themselves.

But let us get some nuances out of the way so that Patel’s statement can be parsed for more meaning.

Second, the STT is a tax on transactions, and is too minuscule in size to be counted as a problem for investors. It is no problem for promoter-investors, who normally don’t buy and sell their own stakes, and a minor problem only for market investors. The long-term capital gains (LTCG) tax on share sale is paid only by traders, speculators and portfolio investors; it is not paid by promoters who invest in companies. It can hardly be called a deterrent to genuine investment. If short-term capital gains tax, which for the domestic investor is his marginal rate, is not a deterrent to investment, the LTCG can hardly be called a major speed-breaker – except in terms of a short-term dampening of sentiment in the stock market. With or without a capital gains tax, India has seen market booms and busts, and capital investment spikes and troughs.

Third, the dividend distribution tax (DDT) is paid only if dividend is paid. Companies that retain profits and reinvest in the business have no need to pay this tax. Warren Buffett’s Berkshire Hathaway pays no dividend, and his investors get their gains almost entirely through capital appreciation. This is what companies that want to avoid paying this tax should do – their investors can then pay lower tax by booking incomes through long-term capital gains. If necessary, managements can help by frequently issuing bonus shares and or stock splits.

Fourth, the real issue on dividends is that promoters seem to want it more than just retail investors. This is because promoters want to get as much cash out of their companies and into their private bank accounts, even though they have majority control. Many promoter-chief executives pay themselves hefty salaries and dividends when they should be sacrificing one or the other. For example, Sun TV is owned 75 per cent by the Marans, but Kalanithi Maran and his wife paid themselves annual salaries of Rs 78 crore each – Rs 156 crore between husband and wife – in 2016-17. Over and above that, they got a dividend of Rs 295 crore.

Multinational corporations like Hindustan Unilever also pay themselves huge dividends, since this becomes cash flow in the hands of the parent companies.

Capital taxes seem high in the Indian context only because of this conflation of owner, investor and professional manager. They are the ones paying taxes several times on capital, not widely held companies.

The double balance-sheet problem is well understood as banks being stuck with bad loans, and companies being overleveraged, and hence unable to invest.

One of the worst-kept secrets of Indian promoters is that they have very little skin in the game when it comes to investing their personal money in the companies they run. In the United Progressive Alliance (UPA) era, and even before, during then licence-permit raj, promoters often brought in their share of equity in new companies by gold-plating project costs. They raised more loans than necessary, and then used the surplus to bring in their share of the initial investment. Put simply, they used bank money as personal money.

This money was often routed into companies from sources abroad, where private surpluses were accumulated either by over-invoicing exports or under-invoicing imports.

In the Modi era, with the Mauritius, Cyprus and Singapore tax loopholes being gradually closed, and with the scrutiny of inflows and outflows now tighter, illegal hoards abroad are unable to come back easily. Domestic black wealth is stuck in real estate, where too the Benami Act is a constraint on easy encashment and investment.

Worse, the insolvency and bankruptcy code (IBC) is forcing promoters to part with their best assets to clear some of the outstandings to banks. Thus, they are forced to sell their cash cows (Ruias had to exit Essar Oil, JP cement, GVK, the Bengaluru airport, etc). So even promoters of multiple companies are finding liquidity dry up.

In other words, the personal balance-sheets of many promoters are illiquid, or stuck abroad, and cannot easily find its way back into investment.

One can also surmise that a slice of the big export growth in the UPA era was the result of over-invoicing exports, as many reports during that period suggest (read here , here, here).

Patel is right, in that capital taxes may look high when we are talking about the promoter, the company, and the investor in the same breath. In the Indian context, the same entities dominate all three persona. If companies stopped paying hefty dividends, and ownership was separated from management (as is the case in the United States), there would be no cascading effect of multiple capital taxes on the same essential entity (the promoter).

It is worth investigating the triple balance-sheet problem – which is shorthand for the extent to which promoters find they are unable to find the personal resources needed to invest in reviving their companies.