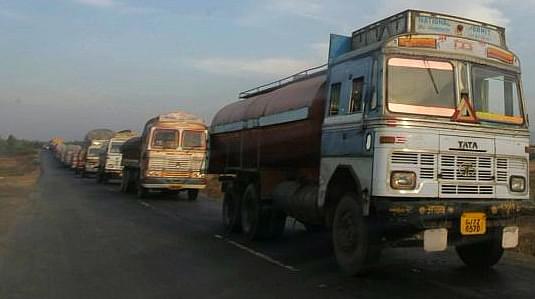 The e-way bill system will bring in a little bit of pain during the initial phase. (GettyImages)

As the goods and services tax (GST) structure stabilises, the government is introducing the usage of e-way bills starting this February. These bills, to be generated online or via SMS, will be required for transporting goods across state borders if their value exceeds Rs 50,000. Currently, 15 states are trialing this process, and there was good registration response as the systems opened for new enrolment earlier last week.

The e-way bills were supposed to be introduced when the GST was launched in July 2017. However, given the technology challenges faced in the initial days of the launch, the use of e-way bills was postponed. These bills have existed under the garb of road permits, entry/exit permits and challans in many states for many years. These bills were also present during the value-added tax (VAT) regime, but there were procedural hassles in generating and authenticating them if a transport vehicle was stopped for inspection.

In the new e-way bill system, the government has roped in the National Informatics Centre (NIC) to run and operate the technology backbone for generating these bills, although GSTN system owns the software. This may have been done after the issues faced with the GSTN system, which took a while to stabilise and scale. The e-way bill system has been trialed with more than 1 lakh bills generated per day without any issues. The system is supposed to handle 50 lakh bills per day. Given the experience NIC has with large real time websites like the Election Commission of India website for Lok Sabha and assembly results, perhaps the scaling may be easier this time.

The current e-way bill system will be a uniform one across the country. The format of the bills will be the same across all states. These will only be valid for up to 20 days depending on the distance to be covered. It will be possible to use multiple e-way bills for multiple consignments to be carried at one go. And there is a provision to complain to higher authorities if a vehicle is stopped for inspection for more than half an hour. In the earlier goods transport dispensation, such stoppages were a key source of corruption and delays in goods movement.

The current rules notified by the GST Council, however, may lead to doing away some of the logistics efficiency gains which the GST had introduced. As of now, the unregistered suppliers as well as composition tax structure users with threshold annual revenue of Rs 1.5 crore are required to generate these bills. Further, the burden of ensuring that an unregistered supplier is using the e-way bills is with the buyer. While the intention here is to establish the full audit trail of goods movement for each buyer, in the short term, this may dissuade the buyers from using unregistered suppliers. These unregistered suppliers will typically be small firms, which may find it tough to ride the market cycles.

The rules are further onerous for small players. If a supplier uses a personal vehicle and sends 10 consignments each under Rs 50,000 but the collective value exceeding this threshold, the supplier will need 10 different e-way bills. Yet again, this will make it difficult for smaller players to compete in the market, increasing either their compliance cost or their transportation cost – either way, a bad trade-off.

As of now, the system does not have any way to generate future e-way bills. So it is not possible to plan for supply logistics in advance. Basically, a supplier needs to spend time every day in generating these bills, which are only valid for a specified duration. This also means that the service level agreements between two parties for delivery of goods will now be dictated by the validity of e-way bills rather than the historic conventions used in each industry.

Given how transactions take place in India especially in the micro, small and medium enterprises (MSME) sector, invoices routinely get modified after supply of goods. This can happen due to price, quality or redundancy issues. As details from e-way bill will be captured in the GSTR filings, only way to rectify an invoice will be to issue a supplementary invoice or credit/debit notes, leading to more document generation and management overhead. This will need further time and resource investment by MSMEs. These MSMEs may also find it cumbersome to generate the e-way bills as per the HSN (harmonised system nomenclature) codes, as is the current requirement.

As the GST Council rationalises tax rates across multiple categories, resulting in a downward pressure in the GST collection numbers, the introduction of e-way bills was unavoidable. In May 2017, much before the GST roll out, Swarajya had highlighted the use of e-way bills as a key implementation challenge for the government. It is now time to cross that bridge.

Just like the GSTN itself, the e-way bill system may take time to stabilise. The users may take time to learn the new processes and system. In the short run, the state governments need to ensure that tax inspector discretion does not rear its head again. Vehicles queuing up for inspections, choked roads at the state borders, and flying squads demanding bribes to let a transport vehicle move will be poor advertisements for GST. The system has only become acceptable and understandable in the third quarter of its implementation. The Union government has to ensure these efficiency and perception gains are not withered away all over again.

The GST Council should instruct the states not to use a separate e-way bill system for intra-state movement of goods. Many states do have such systems for many years. Once a state starts using inter-state e-way bills, it should be mandatorily asked to shut down its own inter-state systems and use only the national e-way bill system for intra-state use, in case such rules continue to exist in the state.

Finally, the GST Council should take agile decisions in changing any rules, which are doing more harm than good. After the initial chaos of 10 weeks, the Union government as well as the GST Council has been on top of GST issues, willing to change rules as well as take a pragmatic view of tax compliance. Similar approach will be needed for e-way bills too.

Meanwhile, the businesses should be ready for some fresh disruptions starting 1 February. These will not be as big as the ones seen at the time of the GST launch. But it’s time again for new uncertainty and new doubts.

The author thanks Vivek Khaitan (@vk80 on Twitter) for his contribution for this article.