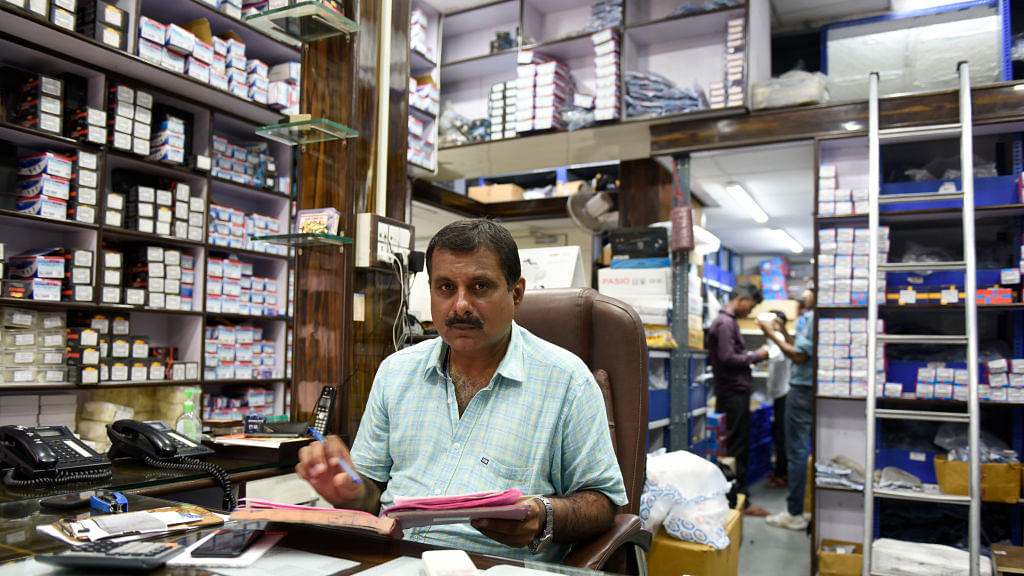 There’s a popular message being circulated on WhatsApp which says that filing your goods and service tax (GST) returns is the forty-ninth step of the Blue Whale game. The Blue Whale game is the latest internet fad, which urges participants to do difficult tasks, with the fiftieth and the last step being suicide. For a once in a lifetime indirect tax reform, it’s a pity that the Goods and Service Tax Network (GSTN), the backbone of the GST implementation, has not matched the historical nature of the work it is supporting.

To be sure, no large scale software implementation works without glitches. Anyone who has implemented and supported the post go-live phase of any large enterprise resource planning or core banking system software will attest to the sleepless nights. In fact many enterprises run two systems in parallel for a few days and mirror data, just to make sure day to day work is not affected. Now when new software is being implemented for 10 million users, the scale is unmatched, except in the world of consumer internet.

But with GSTN, the issue isn’t that there are technology glitches. Those were to be expected. The issue with GSTN is that the severity and the nature of these glitches out-shame the purpose of the network by a wide margin. The scale and the nature of use of GSTN were well known for many years. To then have the kind of troubles GSTN is having is really bad planning.

There are the usual traffic issues. The GSTN site won’t open or if it opens, navigating it for a transaction is near impossible. Memes about people staring at an immovable GSTN screen are flooding social media. Unless an unstoppable force – the resolve of the user – meets this immovable GSTN, it is very difficult to submit the desired data. But resolve comes at a cost – in this case, the time spent. Users are complaining of wasting hours on end spending time which should have been dedicated to sales or marketing or strategising.

Then there are the design flaws. If an invoice has line items with multiple tax rates, GSTN doesn’t accept it. The system takes only the first line as valid and the rest as duplicate. This is the kind of software requirement which should have been discussed practically on the first day of writing the software specifications. The same issue plagues credit and debit notes. If a credit or debit note is issued with multiple tax rates and multiple invoice references, the system generates multiple line items to match one such note.

Two transacting parties won’t obviously deal in multiple invoices or credit and debit notes just because the tax rates of the items mentioned were different. But then invoice matching is the holy grail of the GST regime – and rightly so for plugging tax leakages in a long value chain. However, this design puts a lot of onus on the users to work around and feed all relevant data to stay compliant.

The upload happens on the site in a specific file format called the json. Generating this format has its own complications, and currently a lot of time is being spent on this format compliance.

If a user gets all this data and file format in place, the user interface of the GSTN can play truant. It is very difficult to move between screens without either losing data or rekeying a lot of data, and there are many users and scenarios which require such a navigation. For example, if a user is checking input credit from one supplier and wants to check the GST numbers of suppliers to understand which supplier this input credit belongs to, it is not possible to do so without losing already keyed in data.

The current expectation of the Central Board of Excise and Customs (CBEC) that businesses should file invoices every week or even every day is grossly flawed. Invoices keep changing till the last minute as any small businesswoman will testify. The customers almost always ask for modifications of details until the last day of filing. One party representing a single side of a two-sided transaction cannot suo moto upload the details of the invoice on the GSTN. The other side has to agree as well. The GSTN process flow does not account for these practical challenges.

There have been problems with security too. Some users have complained that they are seeing data from other businesses when they login. Whether these issues are fleeting or related to inherent design flaws, they can wreak havoc with the confidence in any system. Nothing repels a user from a technology product faster than breach of privacy and data.

The government put forth mechanisms to answer questions, including a help desk and a Twitter Q&A provision. Users are sometimes getting different answers to the same questions from these channels. And there is no guarantee that the resolution will actually satisfy a tax inspector when the scrutiny starts.

The users are dreading the day the e-way bills go live. An e-way bill is needed for transporting any goods from one point to another. If the GSTN does not work flawlessly when e-way compliance comes into effect, it will not be possible to move any goods in the economic system. In an economy already bogged down with growth challenges, the last thing anyone expects is logistics problems.

To top it all, the monthly GST Council meeting has become another event to fear. New directions are being issued regularly – in fact some of them are useful and necessary. But constant changes are becoming distracting rather than comforting because the underlying infrastructure is misbehaving. And then there is the question of changing and updating tax rates on different goods. The merit or the otherwise of the changes aside, industries will need proper visibility to plan their businesses and decide on investments. Business strategies cannot be held hostage to monthly meetings and should certainly not be forced to change so often in a sluggish economy.

All of these issues and more were hypothesised. Swarajya raised the possibility of an implementation standstill ahead of the GST go-live. Unfortunately, these suspicions have played out exactly as feared in the first two months. The government is also worried about the surprisingly high Rs 62,000 crore input claim against the first month’s tax collection. Since this input credit is against the transitional stock and the returns can now be filed until end October, it is fair to assume that this number will only go up. Of course this is a one-time setup issue.

The GST implementation has tested the patience of the tax community and the businesses alike. The good news for the government is that it got the timing perfect – there is a lot of time for tide things over before any political ramifications catch up. The bad news is that September till date and August have not been significantly better than July in terms of GSTN availability and usage.

A nation which prides on it software industry cannot be held hostage by technology. Outside of the fine prints of contracts and warranty agreements, there is enough expertise in the country to fix these issues. It is incumbent upon the government to think of new ideas and ways to tap into this large talent pool available right under its nose.

Let’s make no mistakes – GST is indeed historical. We just need the urgency and resolve to steer history in the right direction. This indeed is a real test for Prime Minister Narendra Modi.

The author thanks Vivek Khaitan for his inputs to this article. Vivek tweets at @vk80.