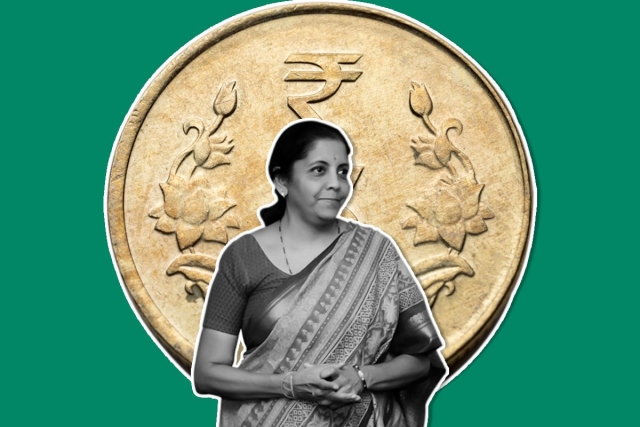 November is almost over, and so far, we have adequate data to know for a fact that there will be a revenue shortfall. The hawks are out there arguing for the need for fiscal prudence — though most of them have come around to the idea of the need for a fiscal expansion.

Interestingly, many of those who want the government to spend were against the same before the July budget earlier this year. Clearly, they didn’t expect the output gap to be as wide as it has been since then.

In an earlier article, I had discussed why fiscal deficits don’t matter. The fact is that our macroeconomic understanding is yet to catch up with the developments all over the world.

A tax revenue shortfall is very likely going to be there — and the quantum of this depends on the growth rate for the entire financial year which could be 6.1 per cent or may even be lower depending on how the second half performs.

If recovery begins from third quarter onwards, as some indicators show and as advocated by me several times in the past, then achieving a growth of 6.1 per cent should not be difficult.

However, this means that the nominal growth would be closer to 9-9.5 per cent which makes it evident that we are going to see a tax-shortfall. Keep in mind, that India recently announced the highest corporate tax cuts in the world and while this may result in positive tax compliance and greater growth, both of these would be felt only with a lag so perhaps tax collections would grow faster in the coming financial year.

The icing on the cake is the fact that government has already committed to keeping the spending as per the budget estimates so even if deficit is higher because of tax shortfalls, we will see a fiscal expansion which is much needed at the moment.

Luckily, even the Finance Minister has indicated that the focus at present is on growth and therefore we should see some impact of the same over coming quarters.

However, there are sources of non-tax revenue that can be used to meet part of the revenue shortfall. This non-tax revenue can also be utilised for further expenditure on infrastructure development which again will have a positive effect on the economy.

For starters, it is about time that the government sells its SUUTI holdings. At a time where we are talking about privatisation of public owned enterprises, it makes little sense for government of India to own shares of private companies. Such a sale is likely to result in revenues to the tune of Rs 50,000-Rs 60,000 crore.

Additionally, the fact that government is planning to finalise sale of Air India and Bharat Petroleum by the end of the current financial year again suggests that a major part of the tax shortfall can be addressed by privatisation. Exchange-traded fund (ETF) route for disinvestment in other firms will also help in achieving the same.

Further, the Rs 70,000 crore additional transfer of surplus funds from budget estimates also suggest that the fiscal situation may not be as bad as many are claiming it to be.

Now the question is how far off will we be from our fiscal deficit targets and the answer to this depends on the likely growth rate of the economy and whether the government uses the opportunity to raise revenue from some of these sources or not.

As things stand, my expectations for the fiscal deficit would be somewhere between 3.6-3.8 per cent but I don’t think it will cross 4 per cent. However, that’s because I expect higher growth rate during the second half and therefore, as more data is available, the forecast for deficit may also change.

There are two or three prime reasons why people are concerned with fiscal deficits. First is the experience of high deficits leading to high inflation. It has become exceedingly difficult to explain inflation using high deficits so establishing causality remains a task. The reason why United Progressive Alliance (UPA) and other Congress governments witnessed periods of high deficits and high inflations was more to do with the way the deficit was utilised.

The key discussion amongst economists and policy analysts throughout the last few months has been on the need for a fiscal stimulus but not one that spends money on public secot undertakings (PSUs) or entitlement-based subsidies but instead on more prudent spending such as infrastructure or human capital enhancement.

Fortunately, the National Democratic Alliance (NDA) government has been doing precisely this and therefore, inflationary pressures are highly unlikely because of a deviation from the stated target.

The second is to do with international agencies which may downgrade our ratings. Moody’s has already downgraded our rating — however, their report ignored the enormous change in India’s political economy which is likely to manifest itself in the form of faster and bolder reforms over the next couple of months.

Moreover, at present, nearly every central banker in the west is arguing for a fiscal expansion. Wonder if all the countries would see their ratings dip at the same time — and what would it mean for the availability of risk-free assets for investors. These are unconventional times for both monetary and fiscal policies as inflation is dead and therefore, we’ve to look at evidence and take a policy decision that is in our best interest.

Adhering to rigid fiscal rules won’t be of much help at this juncture and it will only delay our economic revival. The government recognises this, investors welcome it and commentators should appreciate the same.

The problem, however, is that higher government borrowings would use up domestic savings which would result in less availability of money for the private sector to borrow and invest. It will also push yields up and increase the cost of capital.

However, this is precisely why many of us were keen on pursuing the sovereign bonds as an instrument of government borrowings as it would have ensured adequate savings in the economy were free to be utilised by the private sector for investments.

With November here, there is adequate information available to know that we may miss the fiscal deficit targets set in July. However, it is blessing in disguise for the economy and we should not be fixated with rigid fiscal norms. The fiscal policy of the government is precisely what the economy needs and therefore, we should appreciate the same.