Get Over The Fiscal Obsession! 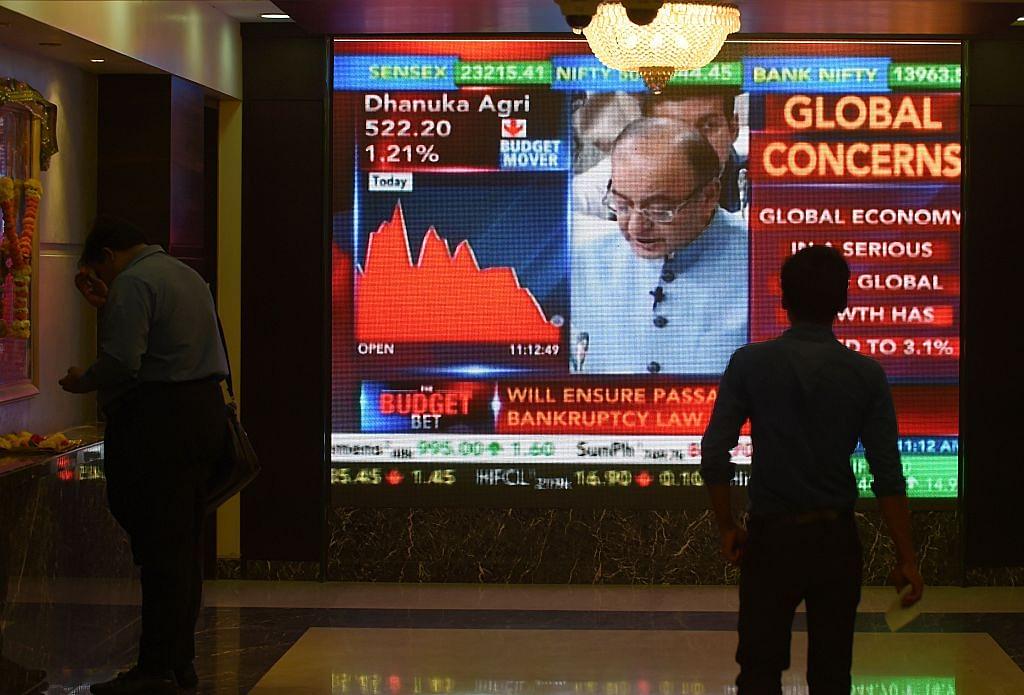 Historically, Congress regimes have been spenders, while NDA regimes are more prudent.

India’s history gives us a very deep insight into the obsession of policy-makers with fiscal deficits. Historically speaking, Congress governments have been prone towards excessive spending which resulted in high fiscal deficits while Bharatiya Janata Party-led governments have been more fiscally prudent. As a matter of fact, it was the National Democratic Alliance-I (NDA-I) that enacted the FRBM Act in 2003 to systematically reduce India’s fiscal deficit and improve macroeconomic management and overall management of public resources.

However, recently there has been a debate whether fiscal deficits matter or not. The earliest arguments against the rigid fiscal rules came when in 1998 Indian economist Dr Surjit Bhalla mentioned the unnecessary obsession over rigid fiscal deficit rules.

Those who vouch for fiscal prudence argue that if a government is fiscally irresponsible, it would result in a situation like Venezuela as high inflation is a likely outcome of high deficits. However, we must also look at Japan which too maintains a high debt and a sizable fiscal deficit, yet inflation remains low. Therefore, there is no clear and direct causal link to suggest that a high fiscal deficit will necessarily induce inflation. French economist Professor Oliver Blanchard, too, has suggested that higher debt levels (in the US) may not cost as much as was once thought by economists and Warren Buffet endorses the theory that budget deficits (in the US) don’t matter.

The concerns regarding fiscal deficit in India stem from the country’s experience with high inflation. There is an agreement that high fiscal deficits have induced high inflation on the Indian economy. In fact, the high deficit levels during 1980s are often believed to be responsible for the balance of payments (BoP) crisis in 1991. However, Dr Srinivas Thiruvadanthai in Revisiting India’s Growth Experience demonstrated that while high deficits did have an impact on India’s inflation rates, there was no causal link between the high deficit and the balance of payment crisis, ergo the BoP crisis was not caused by high fiscal deficit.

On the inflation front, there is enough evidence by now to establish the fact that fiscal deficits in India have historically induced inflationary pressures on the economy. The most recent example of this is the recent period of 2011-2014 that witnessed double-digit inflation. Since 2008, India’s fiscal deficit started to expand significantly, and a bulk of this spending was towards meeting the extensive social security programmes. Thus, India’s experience of the past is likely to convince policy-makers that deficits do matter — but there’s more to it than meets the eye.

The conventional wisdom on deficits relies extensively on the skewed understanding of the causal relationship between economic growth and budget deficits. A manifestation of this problem is the limited policy choice in times of a slowdown in economic growth and this problem gets amplified further for developing countries. Developing nations are advised to maintain low fiscal deficits and consequentially they compromise on their expenditure. For most developing countries, resource mobilisation is a problem due to limited state capacity and low levels of economic growth. They also have limited infrastructure and require extensive capital investment to ensure development of physical infrastructure such as roadways and railways.

The conventional theory argues that public investment may crowd out private investment, that is, when government invests more, it comes at the cost of private sector investment. However, this theory has little empirical evidence for a country such as India where it has been established that public investment tends to increase (or crowd in) private investment. Therefore, for developing countries, it is imperative that governments spend towards developing physical infrastructure such as roads and railways to boost growth and ensure that the economy continues to expand. Consequentially, fiscal rules need not be as rigid to ensure that the government has adequate capacity to spend on critical areas such as physical infrastructure.

So far, we know that budget deficits tend to result in inflation, economic growth creates a reduction in deficit while economic contraction causes an increase in deficits, and that developing nations require greater expenditure by governments to invest in physical capital. We also know that leading economists have expressed concerns regarding the excess obsession with public debt and deficits. Dr Bhalla, for instance, has repeatedly highlighted through his work how fiscal deficits don’t matter and used econometric analysis to conclusively establish his hypothesis.

The point worth highlighting is that as a sole indicator, fiscal deficit doesn’t matter at all. What matters is how the excess of expenditure is being spent. In other words, rather than the total fiscal deficit, what matters is the composition or the nature of the fiscal deficit. If this deficit is maintained primarily to rake up public investment, then it will only promote growth in the future and create adequate resources to meet the expenditure. Consequentially, the increased spending may generate further resources that can finance the initial increase in spending so the resultant economic growth can ensure that deficit remains well in check. Additionally, investors would view greater investment spending positively and through a consistent policy of high public investment through deficits, the government and the central banker can wade off inflationary pressures or at least anchor inflation expectations in the economy. If on the other hand the increased expenditure is used for the purpose of increased subsidies, then it is bound to cause inflation in the economy.

In fact, as Dr Bhalla argues, the world is experiencing a new phenomenon of prolonged low inflation. India too has entered a phase of low inflation since the last couple of years so it should utilise this opportunity and ramp up our spending for development of physical and human capital over the subsequent years. Indian policy-makers’ obsession with fiscal deficit has resulted in governments being too conservative in ramping up their expenditure. While the entire world is discussing about the ineffectiveness of fiscal deficits, Indian policy-makers are being advised based on rules that are, in turn, based on conventional wisdom that is not applicable to developing nations nor is it applicable in the twenty-first century.

What we do know is that government spending has a positive impact on growth and that it may or may not lead to inflation. The need of the hour is for us to realise that fiscal deficits in themselves don’t matter — it’s the composition of expenditure that matters. It’s time we modify the FRBM Act to reflect the reality of the times we live in — hopefully we will do the needful in the coming months!