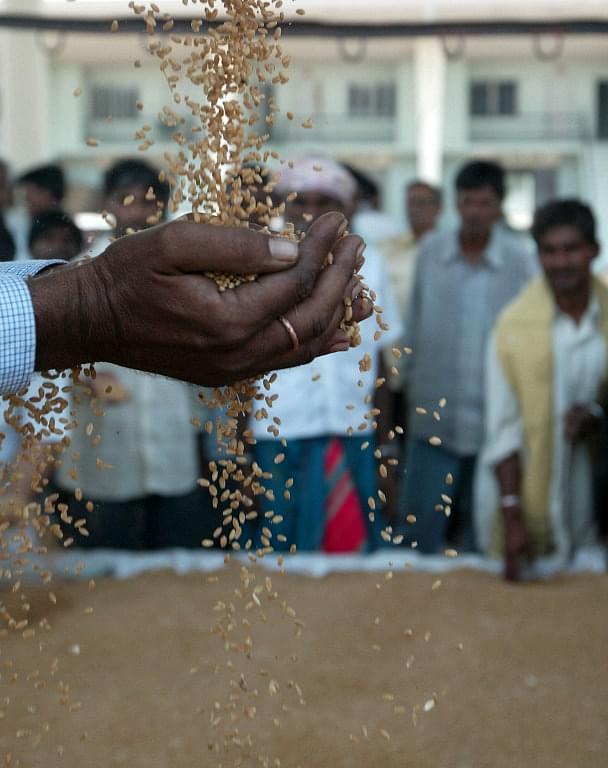 To begin with, the process of identifying beneficiaries has been shoddy in most states and, as a result, ineligible people are getting subsidized food grains while in others, those for whom the Act was meant – the really poor – have been left out. In some states, food grains were given against bogus ration cards even after they were found to be bogus.

Within the national figure of 81.34 crore people to be covered under the Act, the number of people to be covered in each state, with rural-urban categories, had been worked out by the erstwhile Planning Commission. States then had to enrol people under NFSA and identify the eligible based on criteria each was free to work out. Fresh ration cards were to be issued to them. These criteria were to identify beneficiaries under the priority households category. The second category under the Act – the Antyodaya Anna Yojana (AAY) beneficiaries – was to be identified based on central government norms.

The CAG audit found that many states did not undertake a fresh exercise for identification and merely stamped earlier ration cards issued under the targeted public distribution scheme (TPDS) as NFSA compliant ones. Ration cards were also being issued without proper verification.

The Delhi government (the Congress was in power when NFSA was enacted as an ordinance) merely took the 6.29 lakh beneficiary households that had various kinds of ration cards before NFSA and divided them between the two categories of priority households and AAY households. Only later did it start the process of identification and then 2.20 lakh households (30,000 AAY and 1.90 lakh priority households) got weeded out in April 2014. So from September 2013 to March 2014, these 2.20 lakh ineligible households got subsidised food grains under the Act.

That’s not all. The inclusion guidelines specified an annual income ceiling of Rs 1lakh for families to be eligible for NFSA benefits. But as many as 1.5 lakh households with an annual income beyond this ceiling were included in the NFSA merely because they had been issued unstamped APL (above poverty line) cards earlier.

If Delhi was including the ineligible, Assam was excluding the eligible. In two districts, the CAG report notes, the local authorities arbitrarily reduced the number of members in 41 priority list families by two to ten on an average, despite the families showing documents to support the eligibility of the individuals. The number of individual beneficiaries thus get reduced from 347 to 174. (Though ration cards under NFSA are issued to the female head of a family, the Act provides 5 kg of subsidised food grains to each member of the family; a family of five will get 25 kg while a family of three will get 15 kg). In another district, 1,656 households of tea estate workers with annual income of less than Rs 1 lakh were excluded.

Were these inexplicable exclusions meant to facilitate unwarranted inclusions? The report points out that in two districts, 52 households wherein one member of the family was a regular government employee (and hence ineligible) were included as beneficiaries. In another district, 50 AAY households were found to have income higher than that of priority households.

Bihar, the report found, officially relaxed the criteria for priority households to bump up enrolment numbers. In December 2014, it allowed regular Group IV/D employees from the scheduled caste/scheduled tribe category to come under the NFSA net.

The report relates to the period up to March 2015 and so its observations on delays in implementing the NFSA could be dated. At that time, only 18 states had come on board; now most have. But its damning indictment on identification of beneficiaries and creation of storage capacity by state governments remain valid. Most states did not have adequate storage capacity for food grains and had also not implemented door-step delivery of grains to fair price shops, which is another essential requirement of the NFSA.

The report pulls up the central government for what it calls illegal extensions of the deadline for implementing the Act. But it is barking up the wrong tree here. The Act prescribes no penalty for states not implementing the law. All that will happen is that states will not get food grains at the NFSA price of Rs 2 a kg and Rs 3 a kg for wheat and rice respectively; they will have to pay a higher rate that prevailed under TPDS.

There is nothing the centre could have done to ensure that states comply. Since the NFSA has no formal provision for extension of deadline, this makes the action of the centre irregular. But the centre’s only folly may be formally granting extension of the deadline, thus getting blamed for what is essentially the states’ problem.

What the CAG report throws up is the fact that the NFSA has not – as yet – addressed the issue for which it was legislated in the first place: delivering subsidised food grains for the abjectly poor. The line about the policy being good but implementation is poor could be a flawed one in this case. A policy with so many serious implementation flaws needs a rethink.