‘Jobless Growth’ Is A Lie; India Is Generating More Formal Jobs Than What Has Been Reported Widely 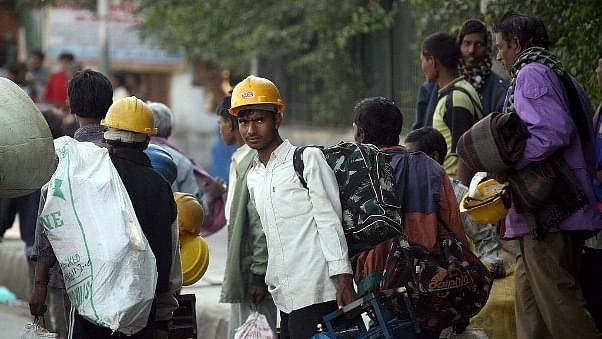 The mainstream narrative over the past few years has been that India has entered a period of jobless growth. Barring the economists and a few academics, not many care for employment figures when the growth rate is high. However, when the going gets tough, the opposition uses these same figures to stick it to the government of the day.

Is India’s job creation as serious a problem as it is made out to be?

Gathering reliable data on important economic indicators has always been a challenge in India. The current government has made a start by improving upon some important indicators such as gross domestic product (GDP) series, the Index of Industrial Production (IIP), Consumer Price Index and Wholesale Price Index methodology and so on. Still, our employment-unemployment statistics remain suspect.

It is important that the government has the correct picture of the job market. Incorrect data would inevitably lead to incorrect diagnoses and, in turn, to an incorrect prognosis. So far, we have been told that India has a job creation problem. But the latest study on payroll reporting by Pulak Ghosh, a professor at the Indian Institute of Management, Bangalore, and Dr Soumya Kanti Ghosh, group chief economic adviser at State Bank of India dispute the job figures emerging from the current processes, calling them misleading.

Contrary to popular perception, India may be creating enough formal, i.e., organised, sector jobs. The Ghose duo has studied and analysed members data from Employee Provident Fund Organisation (EPFO), National Pension Scheme (NPS) and Employees' State Insurance Corporation (ESIC). According to EPFO data, which covers over 190 industries, 45 lakh new jobs were created in fiscal year 2017. In the current fiscal year, until November, 36.8 lakh new jobs were created, which, if the same rate of new payrolls is sustained, will translate to 55 lakh new jobs, an annual increment of a million jobs.

As many as 12 million people enter the job market in the country every year and many of them are not even skilled. If India is adding a million jobs yearly in the formal sector alone, more jobs are being created than the supply of total skilled workforce. This turns the whole narrative of a “lack of jobs” on its head.

This still doesn’t cover all the jobs that the formal sector may be adding every year. Teachers, be it at the school or university level, are not part of the EPFO. Hence, all the jobs created there aren’t part of these estimates. Additionally, increment in payroll in the police forces at the state level is also not covered in these figures. Same for the auto industry, which is a large employer and may have added as many as 20 lakh new jobs in the last fiscal on its own. Not to speak of the lakhs of new jobs created in apparel, tourism and such sectors, all of which hardly get reflected in the EPFO data.

All these numbers, the paper’s authors note, are conservative as they have only considered an age band of 18 to 25 for first-time entrants because this age group has the least chance of duplication. Any account that had even a single detail missing was not taken into consideration. A lot of people have joined due to the amnesty scheme launched by EPFO, hence, the authors have also excluded these accounts from their estimates. Similar assumptions have been made for the ESIC and NPS databases.

While this effort by the Ghose duo certainly appears better than the framework we have at present, this is a far cry from what we should be targeting. The authors suggest that the government make it mandatory for professional bodies, hospitals and nursing homes to submit details of new joinees every three months and the formal sector payroll number be enlarged by including data from professional bodies like the Institute of Chartered Accountants of India, the Institute of Company Secretaries of India, National Bar Council, Medical Council of India and so on, and income tax payees in India.

If the EPFO figures are any indication, we are creating enough jobs in the organised sector or for the skilled workforce. The real challenge now is to create jobs for the unskilled workforce while working to impart skills to a majority of the labour force waiting to enter the market.

How do we do that? By focusing on creating more jobs in sectors that can employ people in large numbers and require minimal training. Former NITI Aayog vice chairman Arvind Pangariya explained this in his op-ed yesterday (16 January) through a comparison between Reliance Industries and Shahi Exports: “The RIL reports $110 billion in assets and 250,000 employees across its various ventures. Therefore, it employs five workers for each $2.2 million in assets. Shahi Exports, which is India's largest apparel exporter, has assets worth $185 million and employs 106,000 workers in its apparel factories. Therefore, it employs 1,260 workers for every $2.2 million in assets. For the same investment, Shahi Exports creates 252 times the jobs that RIL does.”

“Jobs that Shahi Exports creates are what India needs most today. Its factories can take someone with fifth-grade education and impart necessary training in just six weeks. On average, these workers earn Rs 15,000 a month. About 60% of Shahi Exports employees are women. If we could rapidly multiply what Shahi Exports does, we could begin expanding formal-sector jobs rapidly — especially for women,” he added.