GST: Can Jaitley Meet His Deadline? 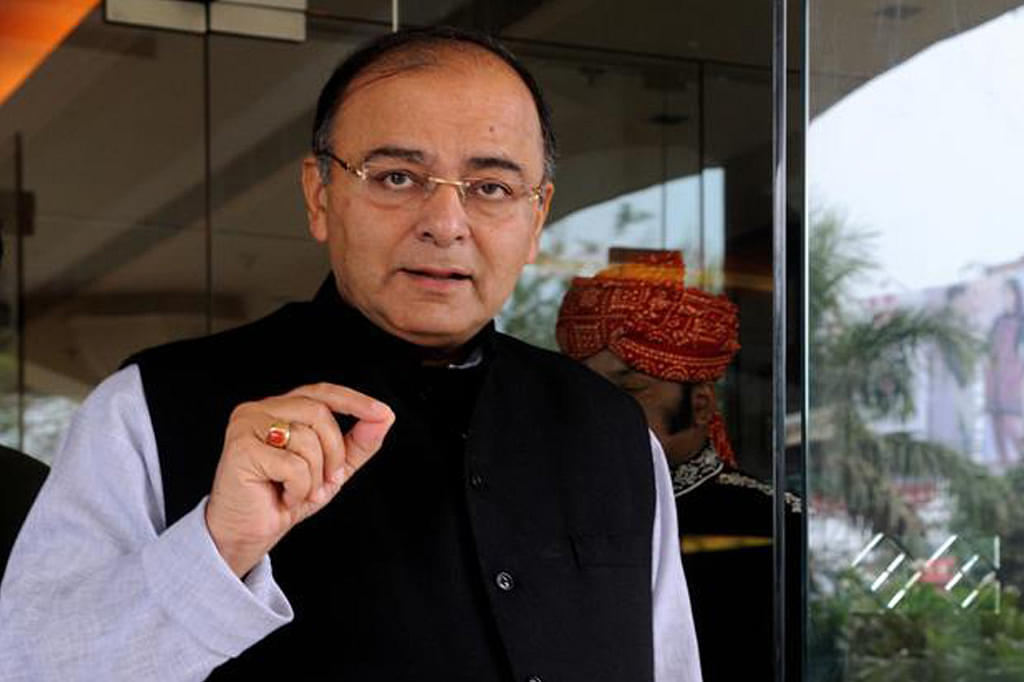 There’s a lot more work needed beyond amending the Constitution in order to implement GST from April 1.

The Constitution (122nd Amendment) Bill that seeks to usher in a goods and services tax (GST) regime in the country will finally be taken up for discussion in Parliament. Finance Minister Arun Jaitley has been affirming that India will implement GST from 1 April 2016. But a smooth, country-wide rollout on that date looks ambitious. Getting parliamentary approval for the Constitution amendment bill is only one of the many hurdles. There are a few more legislative hurdles that need to be cleared. But more importantly, there are several glitches that need to be ironed out and these are worrying the industry.

The political and legislative hurdles are known but are worth a recap.

The amendment to the Constitution empowering both the centre and the states to tax the sale or supply of goods and services needs to be passed with a two-thirds majority in both houses of Parliament and then be ratified by legislative assemblies of 50 per cent of the states. Once that’s done, the centre and the states need to get a GST Act passed through Parliament and individual state assemblies to replace all the existing indirect tax laws.

The amendment bill can sail through in Lok Sabha, as the support of 34 Trinamool Congress (TMC) members of Parliament (the TMC has agreed to support the move) will give the National Democratic Alliance (NDA) government the required two-third majority, assuming every one is present and voting.

But getting the opposition parties, chiefly the Congress and the bigger regional parties, on board in the Rajya Sabha will be a huge challenge for the government. The NDA has only 63 seats in the 245-member house and it needs 163 votes to get the amendment through in the event of 100 per cent attendance. So, in addition to the TMC, which has 12 seats, the government will need the support of the Congress, which has 71 seats, as well as some members of the recently merged Janata parties. The Congress party has been demanding that the amendment bill should be referred to a parliamentary standing committee for scrutiny of the changes that were brought to the bill the United Progressive Alliance (UPA) government had originally introduced in 2011. But the government is not keen on that, as it would mean further delay.

If this hurdle is cleared, getting the amendment ratified by the state assemblies will be a breeze as the NDA has the numbers and non-NDA states such as West Bengal are committed to implementing the tax regime.

The next step involves getting the GST Act in place to operationalise the tax regime. A model legislation is to be circulated in states to enable them to fashion their legislation along those lines to ensure uniformity of the law across the country. But the contours of the legislation are not yet known and this is worrying industry and other stakeholders. The proposed legislation needs to debated and deliberated upon, and concerns of all stakeholders addressed adequately before it is passed by Parliament and state assemblies. The opposition parties may want this bill to also be sent to a standing committee.

There are other deep concerns beyond the enactment of the legislation. These relate to implementation of the tax regime, flexibility allowed to the states to tweak the rates, items exempt from the tax and taxation of inter-state transactions.

States want the flexibility to tweak rates and the centre has agreed to allow them to do so within a band. But such deviations can defeat the purpose of implementing a simplified tax regime. Experts point out that differences in rates across states can increase cost of compliance and fail to make conducting business easier. Indeed, then GST will not be very different from the current state-level value-added tax (VAT) regime where rates of many items vary from state to state. Such deviations can also make the task of calculating taxes complicated for businesses whose operations span across states as well as for inter-state transactions where the tax is collected by the centre under the integrated GST (IGST) and transferred to the states.

Stakeholders are also not clear about the structure of the IGST or how it will work when the tax regime is put in place. A lot of discussion has taken place in the past, but the structure the government intends to put in place still needs to be made known. Industry wants the mechanism and structure to be deliberated upon, before the rollout of tax regime. Problems arising in taxation of transactions involving goods would be different from problems relating to transactions involving supply of services across states. In the case of services, there are doubts whether the tax applied will be the rate prevailing in the state where the service provider is located or where the recipient of the service is located, in a situation where the tax rate is different in the two states.

Another big worry is the additional tax of up to 1 per cent on inter-state transactions of goods, which many states say should be raised to 2 per cent. The Constitution amendment bill allows states to levy this tax for two years to make up for revenue losses, particularly in manufacturing states, but there is an apprehension that states may extend the period beyond that. Unlike GST, the additional tax is an origin-based one (that is, taxed at the place of manufacture of a good and not where it is consumed), and can have a cascading effect and increase the cost of doing business. A specific worry for stakeholders is that the tax may be charged even on inter-state stock transfers by a company. Inter-state stock transfers are not commercial transactions like inter-state sale and so, any tax makes movement of goods from a warehouse in one state, to another in a different state, expensive.

Adopting different rates for goods and services instead of a unified one, too, could lead to complications. Sometimes, the line distinguishing a service from a good is blurred which leads to disputes between a business and tax authority. The software industry has suffered due to this and companies end up paying both service tax and VAT.

Excluding certain items, such as petroleum products and alcohol fit for human consumption, from GST is another area of concern for the industry. Keeping items out of the tax regime disrupts a supply chain and prevents businesses from claiming input credit for taxes paid on purchase of such goods when it is used in manufacturing or supply of a service. While the Constitution amendment bill allows limited exemption on petroleum products from GST regime, industry fears that states will use their powers to keep these items out of the GST net for years.

The number of years for which states will be given compensation is another contentious area. The Constitution amendment bill has provided for five years, but many states are demanding they be compensated for up to 10 years.

Finally, the rate of tax that will be adopted. Industry feels 20-22 per cent is an acceptable rate, and will not increase their average tax liability. There is no clarity on that yet, and a government-appointed panel had earlier suggested 27 per cent may be the revenue neutral rate, or a rate at which states will not suffer revenue losses when they make a transition to GST. That rate was unacceptably high and so the government had asked the panel to re-examine its calculations.

A lower rate is possible only if the exemptions from the tax are kept at the minimum. One view is that almost all items should brought under GST and a demerit tax be charged on items such as petroleum products, alcohol and tobacco to make up for revenue losses.

For the moment, a transition to GST in 11 months looks improbable but not impossible. The rollout on April 1, 2016 will be a reality only if governments at the centre and states and the opposition parties rise above their petty differences and work overtime to have the structure and legislation in place. Are they up to it?