GST May Be Solving A Critical Problem For SMEs – Cash Flow 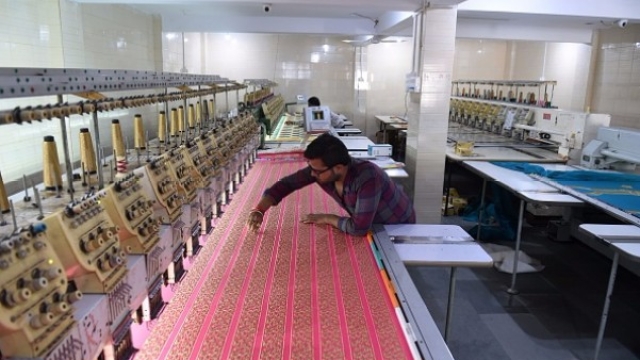 An Indian textile maker works on an embroidery machine at a workshop. (SAM PANTHAKY/AFP/Getty Images)

One of the positive outcomes of the goods and services tax (GST) has been faster payment of dues to small and medium-sized enterprises (SMEs) – something that many directives and pieces of legislation previously could not achieve.

Most of the discussions around GST have been milling around the increased burden of compliance and the immediate dampening effect on business. But there could be hidden in it a long-term benefit and solution to a stubborn problem that has eluded a solution for long, and has had a detrimental effect.

One of the core factors eroding the margins for SMEs and slowing their growth has been low, slow and no payments.

As part of the protection offered to the micro, small and medium enterprises (MSMEs) under the Micro, Small & Medium Enterprises Development Act 2006, time for payment to be made to a micro or small enterprise cannot exceed 45 days from the day of acceptance of the goods or services. In case of failure by the buyer to make a payment on time, the buyer will be required to pay a compound interest with monthly interest rates to the supplier on that amount from the agreed date of payment or 15 days of acceptance of goods or services.

But, by and large, this has been ineffective in speeding up the payment of dues to the SMEs. One, because, few SMEs would venture into taking legal action against their customers for a fear of loss of future business. Two, because, legal action would also mean distraction, expense and stress, with uncertainties in outcome and time by which such cases would conclude. Three, because buyers also resorted to delaying the issue of acceptance letter or certification endlessly to delay payments.

The problem is worse with government buyers, with sellers often complaining of having to pay bribes to secure their payments. Grievance mechanisms set up at government establishments recently improved things to some extent, with most sellers fearful of offending the buyers.

Meanwhile, the SMEs have had to fund their working capital needs through a costly and slow borrowing process from banks and elsewhere, eroding their margins further after having won contracts at deep discounts or thin margins. Buyers virtually got free cash to work with. It was a case of the sellers funding the buyer.

Compounding this trouble is the 10 per cent tax deducted at source (TDS), deducted by the buyer during the payment. For an SME working on a 5-10 per cent margin, it is a virtual debt trap.

It is not hard to find companies in India working with overall margins of 1-2 per cent. The result is a lack of investible money for growing the business and very slow capital formation in this sector.

Delays in payment has a cascading effect down the business chain affecting everyone concerned. Not having resolved these aspects for the SMEs for long, has been one big reason for failing to create a vibrant and world-class SME segment.

With the GST coming in, input credits have to be reversed if the seller has not been paid within six months. Additionally, an interest penalty is levied on the claimed credit for that period. To keep the GST record clean, and not lose additional money, buyers are disincentivised against delaying payments.

With single point, digital and monthly reconciliations of transactions for claiming input credits, it is hard to game the system.

This is a big positive for the SMEs, resulting in improved cash flows and lower cost of doing business. It also closes another source of free cash for the bullies among the buyers. Things could be even better if the time frame for reversing credits due to non-payment was made two months with higher penalties while reducing the TDS rates to around 5 per cent for SMEs with revenues up to Rs 500 crore. Also, a faster movement towards unification of the rates to one, single rate would reduce the chances of disputes on tax claims.

The government must commit itself to a quicker simplification of the GST system and to one that is supportive towards the smaller enterprises. These are the easier things to do over resolving the bank non-performing assets and the lethargic process of credit disbursement, or mending the slow judicial process, to help this segment. This should not just have a positive impact on enabling the growth of SMEs but also on the buyers living off free cash, who would now be forced to move to more efficient practices.

As in all systemic changes, this could take a while to show up (in the gross domestic product numbers), but the initial start-up pain could be worth it. And as the GST gets simplified and encoded into the digital systems, the compliance burden will also reduce substantially.